What are the active ingredients of shampoo, and how do they work?

After seeing one too many TV commercial about the fantastical properties of different high-profile shampoo products all "with documented effect" it suddenly struck me that I never actually researched what the active ingredients of a shampoo really is.

So what are the active ingredients of most shampoos, and how do they work?

Is there is any significant difference between popular brands?

Is there any significant difference between cheap and expensive brands?

Will they actually heal your hair?

Shampoo has a few common components: Surfactants, preservatives and a number of additives meant to give the product desirable properties.

When you wash your hair, you're removing debris and buildup in two steps; the polar components (such as salts and aerosols that land in your hair) are washed away by the water, and the non-polar by the surfactants.

Surfactants are molecules where one side is polar and the other is non-polar. Things with similar polarity like to group together, and the opposite happens with polar/non-polar pairs (I'll call this the 'Like attracts Like rule, it's very important to this particular problem).

These surfactants can group together with each other to form little spheres known as a micelle if there are enough around. This level is known as the critical micelle concentration. 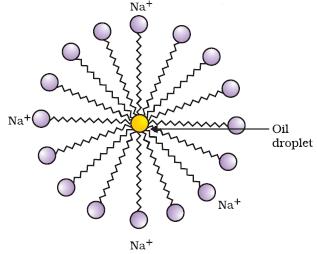 Because the non-polar parts of the surfactants come together, the center of the micelle is also non-polar and can hold small droplets and pieces of other non-polar substances like the sebum that builds up on your hair naturally over time.

There are also additives that thicken it up, keep it from going bad and make that rich wonderful lather that we've all come to know and love.

What you are paying for aside from the above is mainly botanical or synthetic additives meant to soothe or beautify. The best way is to look up these ingredients on a case by case basis and decide if they would benefit you. I would say "be wary"; a large number of ingredients provide virtually zero added benefit for your money. Some work extremely well for certain people; you never know until you try. Always read your labels! If you don't know what something is, google it!

Not the answer you're looking for? Browse other questions tagged organic-chemistry everyday-chemistry aqueous-solution or ask your own question.

12
Why does shampoo lather much more the second time it is applied?