Is aluminium a metal or metalloid?

Aluminium is along the dark line of the Periodic Table and it is $p$-block metal.

Is it metal or a metalloid? Why?

Aluminium is usually considered to be a metal, as described in the Wikipedia article Metalloids: Aluminium:

Aluminium is ordinarily classified as a metal. It is lustrous, malleable and ductile, and has high electrical and thermal conductivity. Like most metals it has a close-packed crystalline structure, and forms a cation in aqueous solution.

The reason why, in a few cases, aluminium is referred to as a metalloid, from the article:

It has some properties that are unusual for a metal; taken together, these are sometimes used as a basis to classify aluminium as a metalloid. Its crystalline structure shows some evidence of directional bonding. Aluminium bonds covalently in most compounds. The oxide $\ce{Al2O3}$ is amphoteric, and a conditional glass-former. Aluminium can form anionic aluminates, such behaviour being considered nonmetallic in character

The line between metals and non-metals is somewhat arbitrary with

Boron, carbon and silicon (all on the other side of the boundary line) are hard and brittle and are semiconductors, which is a major reason why the majority of resources list Aluminium as a metal, largely due to the metallic properties listed in the first quote.

A related question is Metal Compounds that bond covalently

Aluminium is a metal because it is good conductor of heat and electricity, it is hard, shiny and it is malleable and ductile. They have high boiling and melting points. They possess metallic lustre. They are solid state. They can produce a metallic clink or sonorous sound. It is used for making paint, wrapping chocolates, medicines, etc.. It is used for making domestic utensils and coins. It is also used for making electric wires, bodies of vehicles and aeroplanes. Nowadays it is used to make doors and windows and their frames. 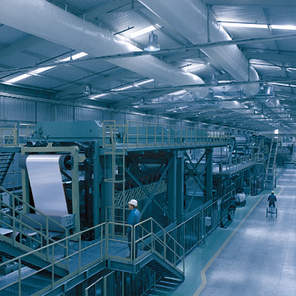 Not the answer you're looking for? Browse other questions tagged metal periodic-table or ask your own question.

7
Diagonal line going through groups IIIA-VIA on the periodic table
4
Which has more metallic character: aluminium or magnesium?
1
How many p-orbitals are there in each period?
4
What is the group number or name for elements between group 3 and 4 (F-block) on the periodic table?
2
Memorize Transition Metal Electronic Ground State
1
If “Gas” belongs to “State of Matter” then what does “Metal” belong to?
6
Are the elements lanthanum and actinium considered to be in the d block or the f block of the periodic table?
8
Why are metalloids found in a zig-zag line on the periodic table
3
Why does Calcium have a higher ionization energy than Aluminium?