Why are there peaks in electronegativities in d-block elements?

Looking at the Pauling electronegativities in the Periodic Table (below, from ChemWiki):

Asides from the overall trend of increasing electronegativity across and up the Periodic Table (towards fluorine), there seems to be a minor peak in the first 3 periods of the $d$-block elements, this peak becomes more pronounced as you go down the $d$-block, with the most noticable peaks in Periods 5 and 6 - seemingly the reverse of the overall trend. This is shown in the graph below (Image source):

In the ChemWiki page, there is also a reference to the Allred-Rochow Electronegativity Scale, which also has peaks occurring most prominently in Periods 4 and 6:

The Wikipedia page Electronegativity details several methods of calculation, which brings into question how well-defined the electronegativity values are; however, there still seems to be the peaks occurring, particularly in Periods 5 and 6, and to a lesser extent in Period 4.

What is the reason for these electrongativity peaks in the $d$-block?

You should know that closeness to filling a shell and atomic size are the reasons for the overall electronegativity trend. This also applies to the subshells, how close is an element to filling, or half-filling, a subshell? How large is the atom?

The atomic size trend for the d subshell is opposite to that of the overall trend. In period 4 the 3d subshell is deep in the core orbitals and the electron density is high, whereas in the lower periods the d orbital is more diffuse and can more easily accommodate more electrons, leading to a better energy payoff for completing the subshell. For the elements that take s electrons to fill the d subshell, this energy payoff is even greater from then filling the s subshell as they are very diffuse.

The peaks in electronegativity for elements may be named as groups as next: 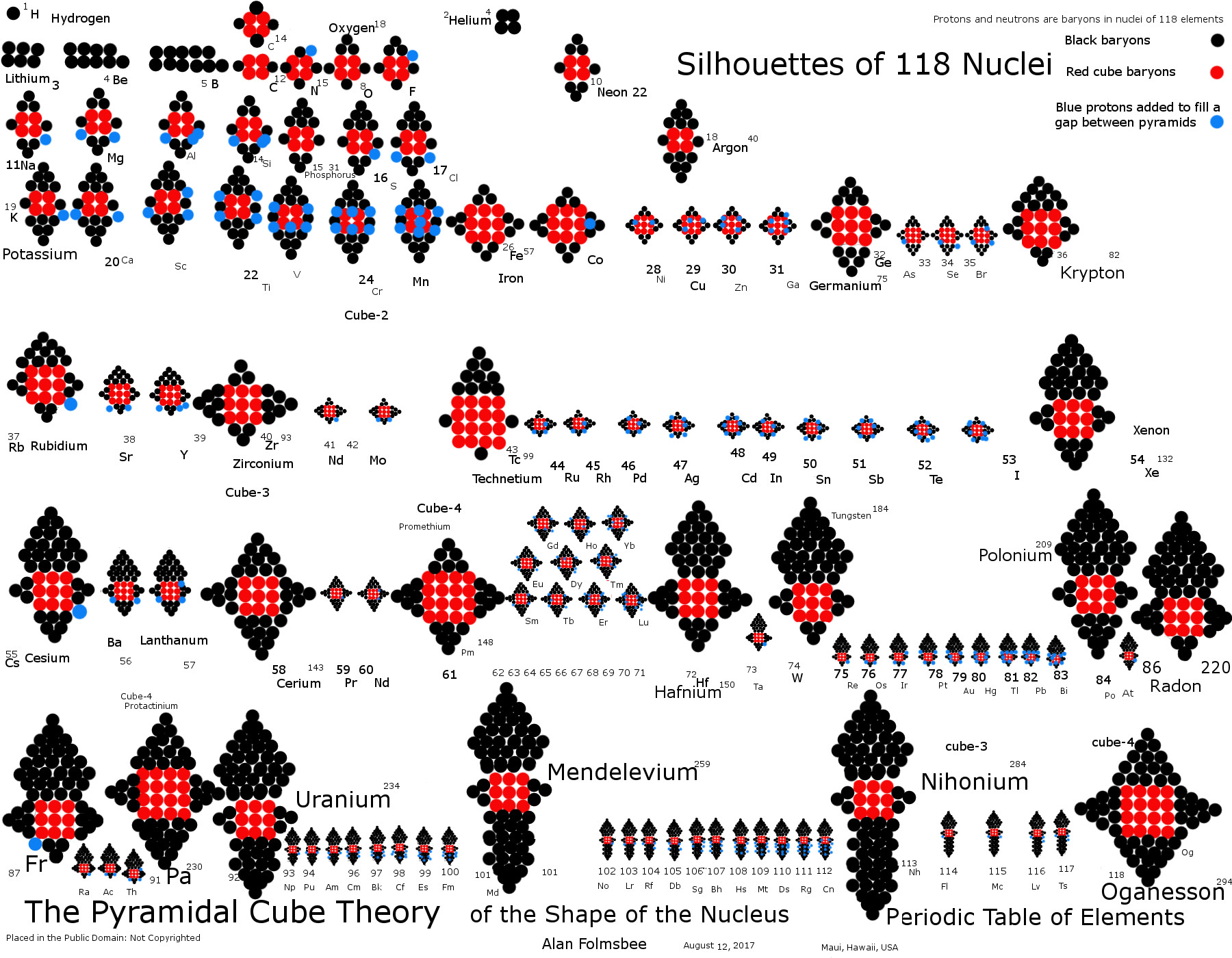 http://pyramidalcube.blogspot.com/2017/08/periodic-table-of-shapes-of-nuclei.html The shape of the nucleus affects the properties of the element. Notice how Manganese is the last in a series from the carbon core cube-2, then iron starts the cube-3 shape. That transition across the Table causes the abrupt change in electronegativity. Alan Folmsbee

1
Why are the electronegativities of elements in the middle of the transition groups quite high compared to surrounding elements?

7
Outermost electronic configuration of f block elements
11
Is there an abundance threshold of a 'synthetic' element for it to be considered natural?
0
Periodic table and p block elements
1
How to determine the valence electrons of D-block elements in their mono atomic form?
2
Density of d-block elements
2
How many transition elements are there?
6
Reorganization during ionisation for d block elements