How to reverse damage done by nail polish remover without acetone to a laptop keyboard?

Today I was trying to clean my laptop with a nail polish remover (ingredients: ethyl acetate, peg-40, hydrogenated castor oil, panthenol, parfum, d-limonene, geraniol, ci 26100, ci 60725). Not only it didn't get clean, but some white thing remained on the keys. I tried boiling water and a piece of cloth to make it warm and easier to remove without any success.
What can be done to reverse the damage? 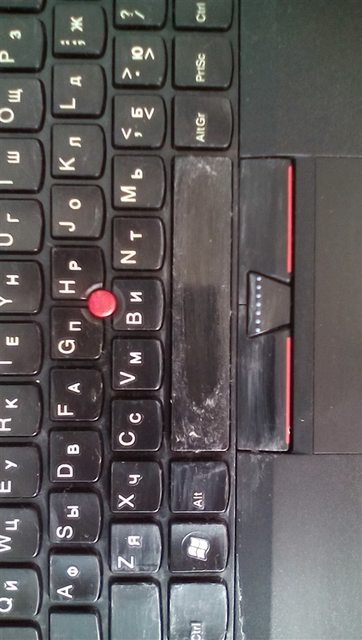 The solvent appears not only to have removed paint on the keys but also to have caused solvent crazing in the plastic itself. Regrettably, there is probably not much that can be done to actually remove the crazing, which may have penetrated too deeply to remove by buffing, but you might be able to hide it with a substance such as an oil that has the same index of refraction as the plastic.

If the appearance is unacceptable, you might replace the keyboard, use a plug-in keyboard, or get a keyboard cover, such as the Kuzy Russian Keyboard Cover, specific to the Mac Pro. Individual key stickers would probably not adhere well.

Not the answer you're looking for? Browse other questions tagged solvents cleaning or ask your own question.