Stability of a carbocation, in part of camphor synthesis

Can someone explain to me why there is a rearrangement reaction of carbocation 1 to carbocation 2? To me the second carbocation appears to be less stable than the first because it is less substituted. 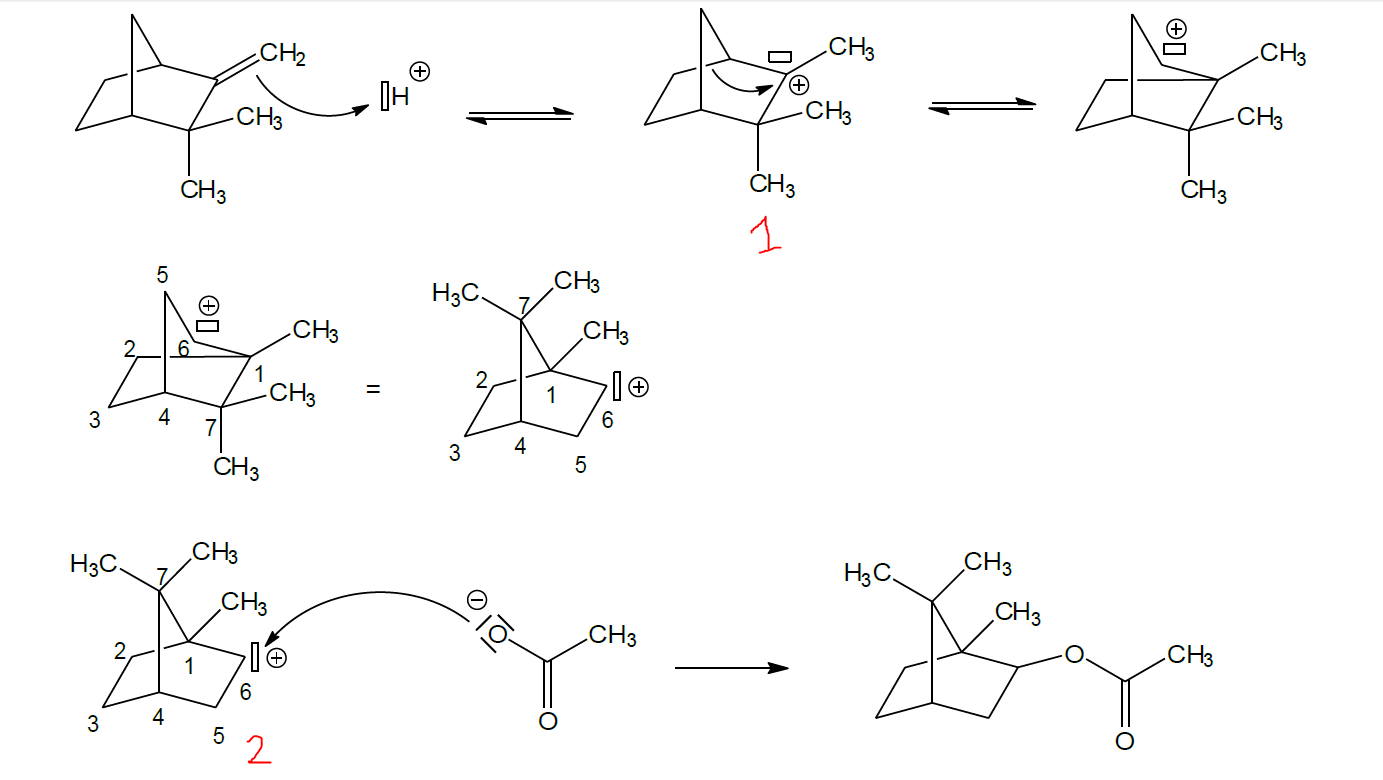 Thank you in advance

Since mechanistic studies of the camphene/ bornyl acetate system are not available, I will focus on the parent compound norbonyl, and with it explaining the stability of the cation.

For quite some time there has been active debate over the structure of the 2-norbonyl cation. A very brief description of the two sides can be found in the Wikipedia article. A short history of the argument can be found at the homepage of the Royal Society of Chemistry (RSC): "The nonclassical cation: a classic case of conflict" by Mark Peplow.

In 2013 the case was finalized after I. Krossing's group was able to obtain a crystal structure of the compound. Another blog post at the RSC gives some more insight into the matter: "Crystal structure closes classic carbocation case" by Andy Extance. Finally we can speak of the 2-norbonyl cation as a true non-classical cation. The findings are also in good agreement with high-quality calculations. F. Scholz, D. Himmel, F. W. Heinemann, P. v. R. Schleyer, K. Meyer, and I. Krossing, Science, 2013, 341 (6141), 62-64.

This does in principle mean, that at very low temperatures, the 2-norbonyl cation is best described by the following resonance structures (courtesy of wikipedia):

At higher temperature the structure is quite disordered. In solution this means basically, that there is an ultra fast equilibrium (at the rate of molecular vibrations) between several structures. This would also explain the high reactivity of this compound.

Since camphene is a substituted norbornene, similar reactivity can be expected. The reaction is therefore most likely determined by the small steric effects. Since this reaction is highly selective, one can also safely assume, that the thermodynamic favoured product is formed. In this case it is the isobornyl acetate.

I have already mentioned it in the comments, but I am including it here nonetheless. The second row of your image is contains the wrong numeration and therefore depicts the mirror image. Correct is the following depiction: