In class we learned to draw these special molecular dipole arrows (with a "plus" at the beginning) that point from the positive to the negative partial charge. I also see these arrows all over the internet, e.g.: 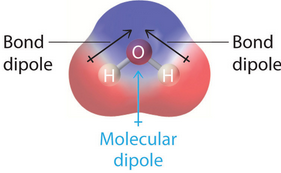 But for alpha-helices, the dipole moment points from the C to the N terminus. And the detail always shows the arrow pointing from the oxygen (negative) to the hydrogen (positive): 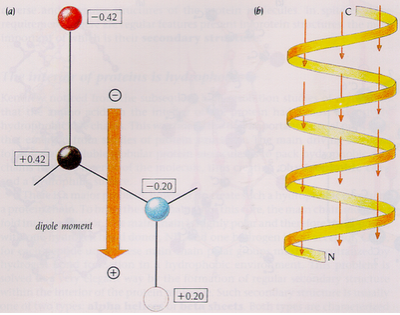 Should I just accept that even though an alpha-helix is a molecule like water, the "standard" way to draw its molecular dipole arrow is in the opposite direction than what people normally draw for water and other small molecules?

Edit: Another image, from a recent publication, but without macro-dipole arrow...: 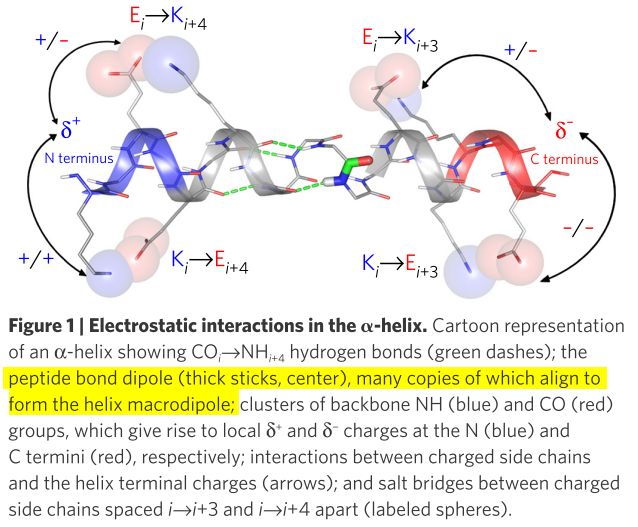 I (accidentally) stumbled upon the following statement in Atkins' "Elements of Physical Chemistry" (p378):

We represent dipole moments by an arrow with a length proportional to $\pmb{\mu}$ and pointing from the negative charge to the positive charge (1). (Be careful with this convention: for historical reasons the opposite convention is still widely used.)

Unfortunately he does not go into more detail. And I know this does not really answer your question.

The definition from the IUPAC is the same as the one used by Atkins:

electric dipole moment, $\mathbf{p}$
Vector quantity, the vector product of which with the electric field strength, $\mathbf{E}$, of a homogeneous field is equal to the torque. $\mathbf{T} = \mathbf{p} \times \mathbf{E}$. The direction of the dipole moment is from the negative to the positive charge.

The source quoted there is from 1993, so you can probably understand my surprise, when I did a little more searching and found in C. Párkányi's "Theoretical Organic Chemistry" (1997, p239):

There are also a few sources given, but I currently have not enough time to look them up. I find this statement (definition) highly confusing and it also does not give another reason why this is the direction it uses. Please forgive me for not going into more detail here, I really don't want to add any more to the confusion.

Conclusion
Don't add to the confusion. Use $$\huge\ominus \overset{\mathbf{p}}{\longrightarrow}\oplus$$ as your definition from now on. Popular use does not make it right. Help using it consistently in the correct way and flush out the historic remnants that are still being taught. However, keep Atkins' warning in mind when you read books, paper, etc.. In the literature you will find both versions.

For this reason it is important to always define the direction of the dipole "arrow" in drawings to there is no confusion.

Not the answer you're looking for? Browse other questions tagged physical-chemistry dipole structural-biology or ask your own question.

2
Why does the dipole moment of molecules go from positive to negative?
20
What is the origin of the "positive-to-negative" convention concerning dipole moments in chemistry?
13
Why is CO practically nonpolar?