How many hydride ions are available in NaBH4?

While my teacher claims it is 1, Solomons-Fryhle claims it to be 4.

Practically speaking, a chemist will use one equivalent of sodium borohydride to reduce an aldehyde or ketone. However, theoretically only 0.25 equivalents are necessary. Borohydride donates a hydride to the carbonyl carbon, generating borane, which is a weaker reducing agent than borohydride. However, borane is a Lewis acid that can react with the alkoxide formed in the reduction. This gives a new borohydride, which can reduce a second molecule of the ketone. This process can continue until all of the hydrides are consumed from the boron center. 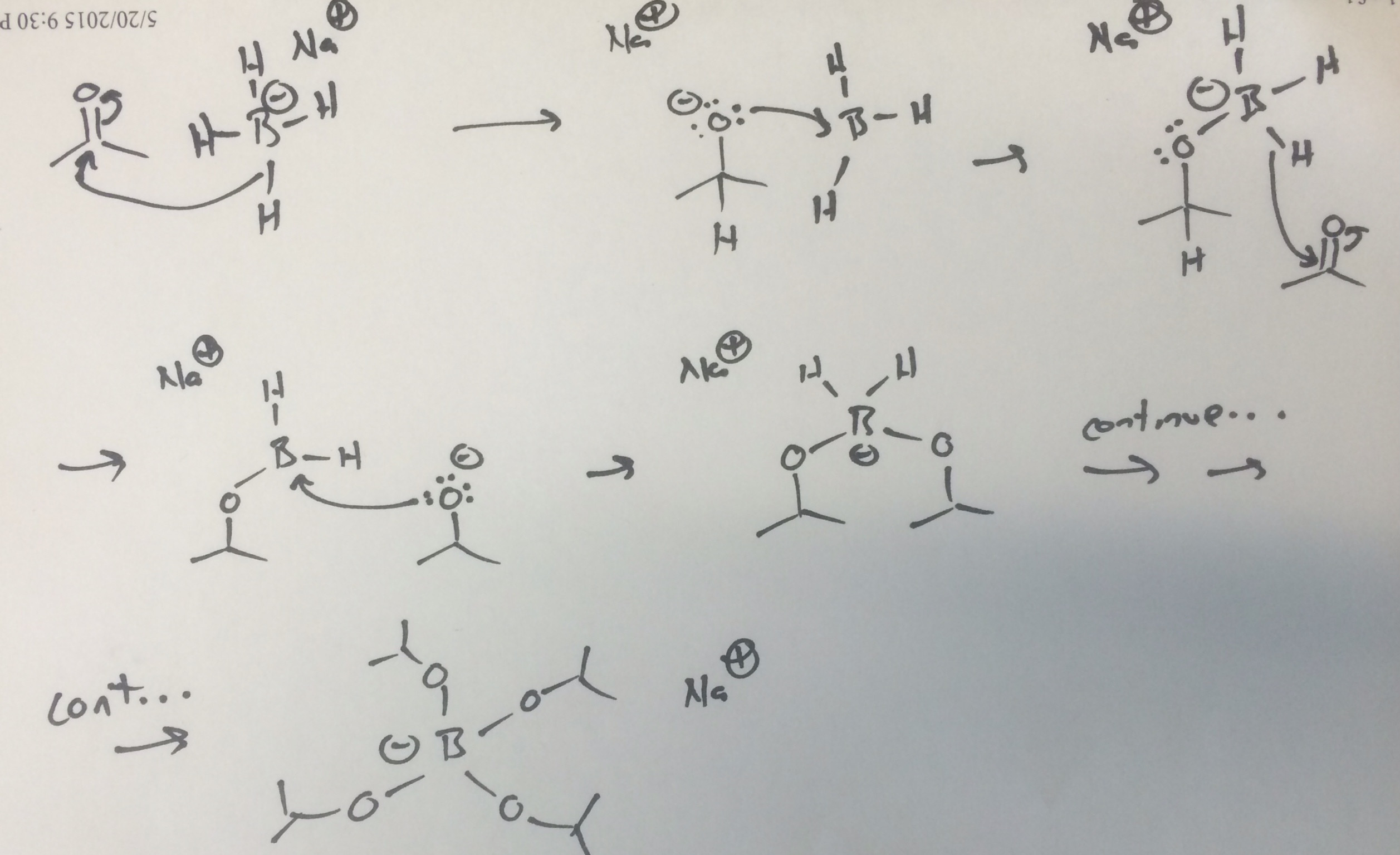 Keep in mind that sodium borohydride reductions are commonly performed in alcohol solvents, so the exact nature of these steps could be altered. The alkoxide could be protonated by solvent, and then the solvent's conjugate base could reactivate a neutral boron species.

Also keep in mind that while sodium borohydride isn't VERY basic, it is a little basic, so it will deprotonate alcohols slowly. It's that reaction that causes the practical requirement for more than the theoretical borohydride stoichiometry.

Not the answer you're looking for? Browse other questions tagged organic-chemistry redox or ask your own question.

4
What is the mechanism for the hydrolysis of the boron-alkoxide complex in NaBH4 reduction?

9
How can a ketone be enantioselectively reduced, in the presence of an ester?
13
Why does LiAlH4 reduce an amide to an amine, but only reduce a ketone/aldehyde to an alcohol?
9
Is sodium borohydride really a better base than an alcohol?
4
Dissolving Metal Reductions of Organic Compounds
5
Looking for a mechanism for the demercuration of organomercurial alcohol
2
How many atoms can be reduced in a single redox reaction?