Is there an abundance threshold of a 'synthetic' element for it to be considered natural?

I always (possible naively) thought that elements are either natural or synthetic, either one or the other. But, according to the Wikipedia page about Synthetic Elements, it states that:

All elements with atomic numbers 1 through 98 are naturally occurring at least in trace quantities, but the following elements are usually produced through synthesis. Except for Francium, they were all discovered through synthesis before being found in nature.

These are shown in pink in the image below: 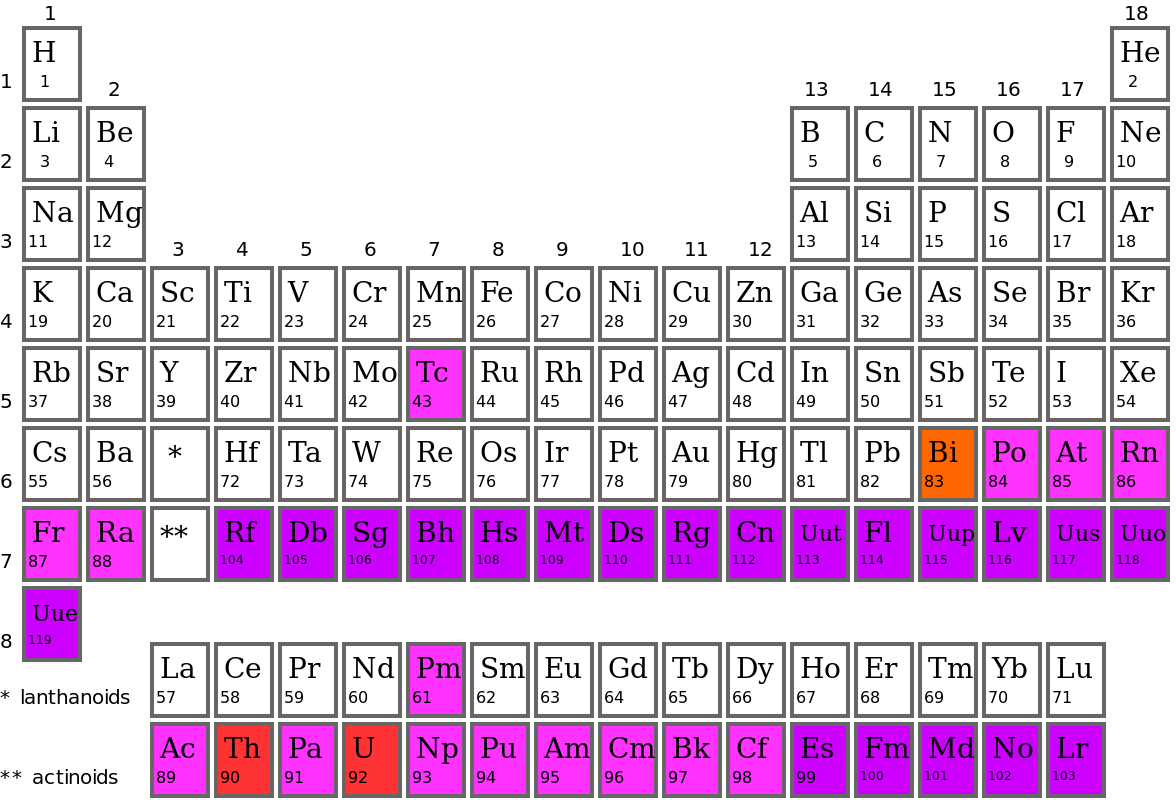 I understand that the amounts of these elements exist naturally in trace quantities, not necessarily on Earth, for example, according to the Jefferson Lab page about promethium:

Promethium does not occur naturally on earth, although it has been detected in the spectrum of a star in the constellation Andromeda.

This leads me to my question:

Is there a natural abundance threshold of a 'synthetic' element for it to be considered natural?

Is there a natural abundance threshold of a 'synthetic' element for it to be considered natural?

In other words, any element that can be detected outside of the laboratory (e.g. in the natural environment) is a naturally occurring element. This would include the 80 stable elements along with the 18 radioactive elements with very long half-lives, and the shorter-lived radioactive elements produced upon their decay.

Therefore there are 98 naturally occurring elements; all of the others are synthetic, artificial, man-made, whatever you choose to call them.

The radioactive elements which are regarded as occurring "naturally" have at least one of the following properties:

Trans-uranic elements are considered artificial because the their short half-lives mean the probability of any remaining from a million or so years ago is essentially nil, and there are no heavier natural elements that could replenish the supply. Radon is naturally occurring because, despite its short half-life, the supply gets replenished through the decay of heavier elements. Technetium has a much longer half-life than radon, but since no naturally-occurring radioactive isotopes of anything else produce it when they decay, any supplies that may have existed will have dwindled away to essentially nothing by now.

I have never heard of a formal specification for such a threshold. Qualitatively speaking, though, I believe this threshold could be effectively considered "enough that we can make useful stuff with it." To my mind the key phrase in your blockquote is (emphasis added):

"... the following elements are usually produced through synthesis."

'Production' implies making stuff. 'Measurable in trace quantities by ICP-MS' is not helpful for making stuff.

Worth noting: since different amounts of different materials are needed to make useful things, it's possible that a hard, quantitative abundance number might not even be useful to define.

9
What is the formula for finding the average atomic mass of an element based on the abundance of its isotopes?
2
How do we know the natural abundance of isotopes on Earth?