In molecular orbital theory bonding of two atoms can be seen as addition or subtraction of the wave functions of these atoms. Addition seems pretty logical and straight-forward - atoms overlap their electron clouds and probability to find an electron in it increases. Subtraction is the thing I don't get. How can the probability to find an electron be negative? Am I missing something?

Wavefunctions are usually complex functions, but even the simplest sine wave functions can be negative in the algebraic sense: the value of $\Psi=f(x)<0$. These regions where $Psi=f(x)$ has different algebraic signs are the regions corresponding to the orbital lobes of different phase, like in a p-orbital. However, $\Psi^2$ is always $\Psi^2 =f^2(x)\ge 0$. Information about the "location" of the electron is gained, information about its phase is lost. 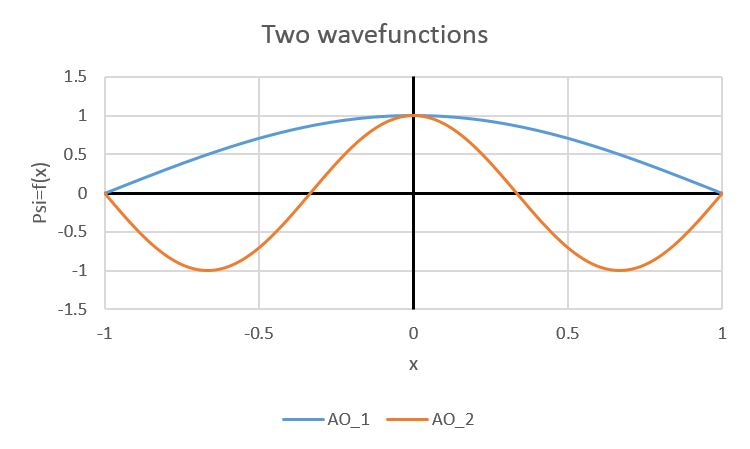 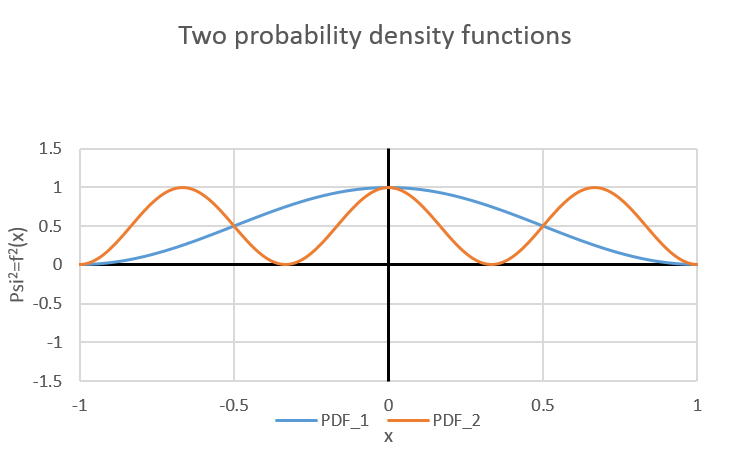 Let's go back to our two sample sine wavefunctions above and pretend they are atomic orbitals overlapping. One of the molecular orbitals could then be: $\Psi_{MO_1}=\frac{1}{2}\Psi_{AO_1}+\frac{1}{2}\Psi_{AO_2}$. This is the orbital representing constructive overlap between these two wavefunctions. To get the other orbital, we can't just add again, or we would get the same orbital. If we subtract, we get a different orbital - the one representing destructive overlap. The graphs of these two "molecular orbitals" and their probability density functions are below. 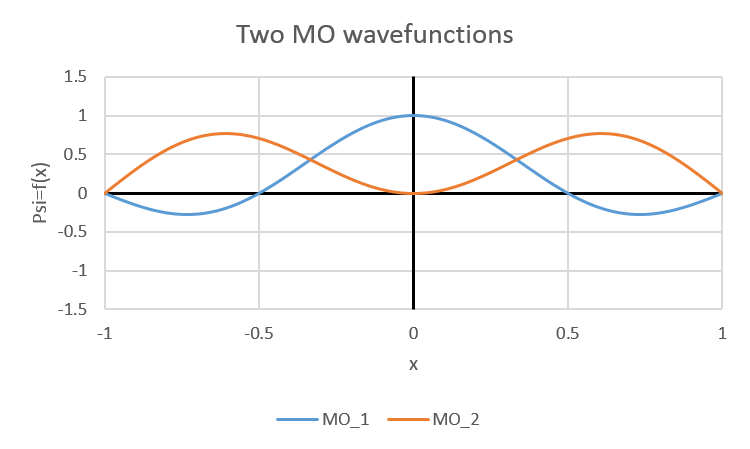 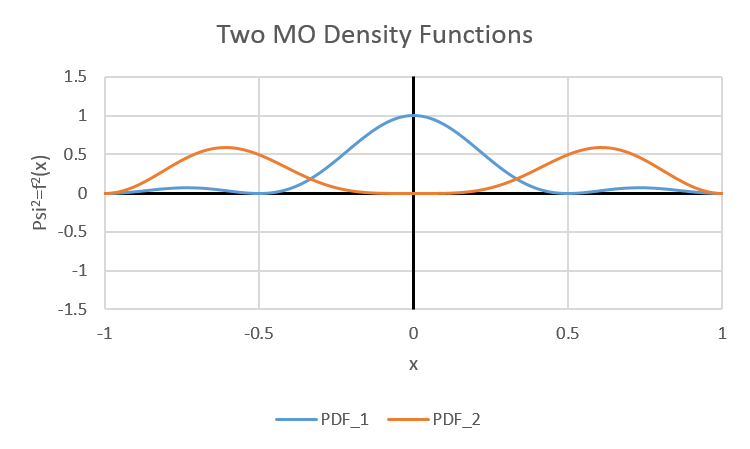 Again note the difference between the MO wavefunctions and their density functions. If these were atomic nuclei at $x=\frac{1}{3}$ and $x=-\frac{1}{3}$, then $\Psi_{MO_1}$ would be bonding and $\Psi_{MO2}$ would be antibonding (or perhaps nonbonding).

10
What actually is the Wavefunction?
11
Is s-p mixing referring to hybridization or is it the mixing of one atoms s orbital with the other's p orbital?
21
Physical intuition behind negative values for wave function?
4
How is a molecular orbital a 'quantum superposition' of the atomic orbitals?
4
How derive g and u symmetry labels for orbitals?
0
'In MO theory, electrons are treated as spreading throughout the entire molecule'- isn't it exhibited in VB theory also?
5
How can a molecular orbital with a nodal plane still be considered “bonding”?
9
MO Theory: Why do hydrogen and lithium bond, but hydrogen and helium don't?