Is it possible to have a diatomic molecule of sodium in gaseous state?

Already I know that hydrogen, all the halogens, nitrogen and oxygen forms diatomic molecules. But I am confused about $\ce{Na}$? So I would like to know about that.

According to molecular orbital theory, disodium should be stable in the gas phase, with a bond order of one. The molecular orbital diagram is the same for all the alkali metals since they all have one valence electron in an $s$ orbital. 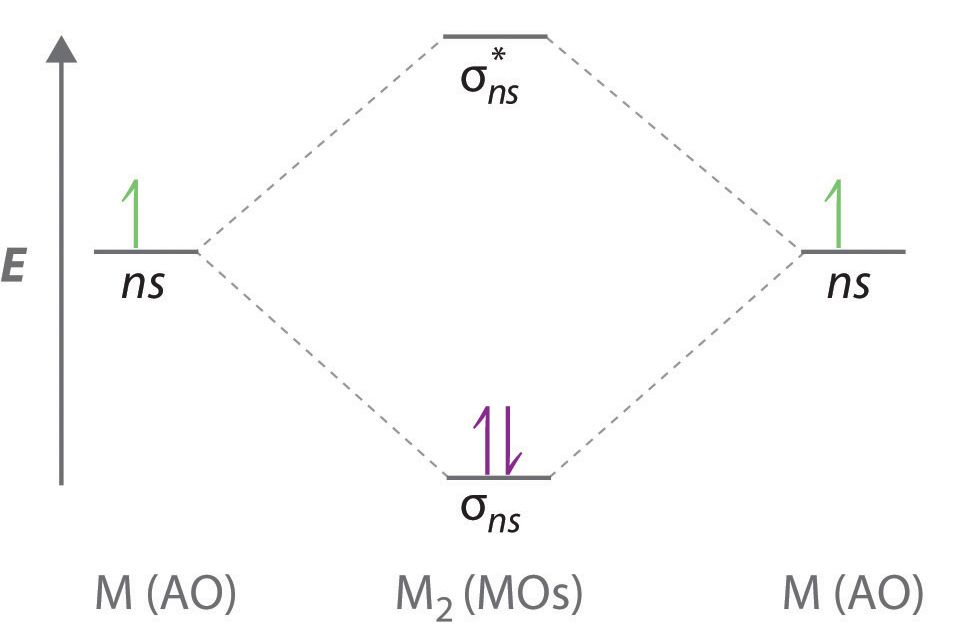 NIST chemistry webbook has a small page on disodium and quotes an enthalpy change of formation of $142.07~\mathrm{kJ~mol^{-1}}$ which is moderately endothermic.

This page has a brief discussion of alkali metal dimers and claims that they are all stable in the gas phase, in agreement with the prediction from MO theory.

The disodium molecule $\ce{Na2}$ has first been observed by M. Polanyi and collaborators in the diluted flame of sodium vapor and chlorine $\ce{Cl2}$. When sodium metal is heated in a vacuum, it gets vaporized. If now a tiny amount of gas $\ce{Cl2}$ is sent into this vapor, the famous yellow flame of $\ce{Na}$ is produced at the point where both gases are in contact to one another. This diffusion flame is due to three consecutive reactions. First : $$\ce{Na + Cl2 -> NaCl + Cl}$$ Then the chlorine atom cannot react with atomic sodium $\ce{Na}$ since there is no third body to remove the reaction energy. So the $\ce{Cl}$ atom does react with the dimer $\ce{Na2}$ in the reaction $$\ce{Cl + Na2 -> NaCl + Na'}$$ and this reaction is exothermic enough to produce an excited $\ce{Na'}$ atom. Sorry ! this $\ce{Na'}$ should have been printed as $\ce{Na}$ with a star, but my keyboard refuses to print this symbol (*) in index. Now this excitation energy ir reemitted as the yellow D-line of sodium ($\pu{589.89 nm}$) $$\ce{Na' -> Na + h\nu }$$ This was the first proof that the dimer $\ce{Na2}$ exists in the sodium vapor.

18
Does a neutral dimercury molecule exist?
6
Why doesn't Sodium (Na) form duplet?
13
Which elements can be diatomic?
4
Do alkali metals not form diatomic molecules?

16
Are atoms really round?
1
Converting from Grams to Molecules
8
Really how rare are hydrogen atoms?
13
Why is Astatine monoatomic?
13
Which elements can be diatomic?
0
How do water vapor molecules push other air molecules away?