In a nucleophilic substitution reaction, does the other atom to which the nucleophile is bonded matter?

Which is more valid, and why? Or are they equally valid?

When undergoing an SN rxn, does the other atom to which the nucleophile is ionically bonded matter?

Which is more valid, and why?

On paper, they are both valid but

$\ce{H2S}$ is very toxic and corrosive, so the first method using sodium hydrosulfide would likely be preferred. However, in industry, where raw material cost is very important, both of these methods are successfully used.

However both methods suffer the same drawback - once some of the desired thiol is prepared, it can react further with another molecule of alkyl bromide to produce a thioether; usually a mixture of thiol and thioether is obtained.

In the lab, neither method is used

In the chem lab, the preferred method to prepare simple thiols is through the use of thiourea. Note the resonance structures for thiourea (just disregard the lower half of the diagram) that place negative charge on the sulfur, making it a good nucleophile. 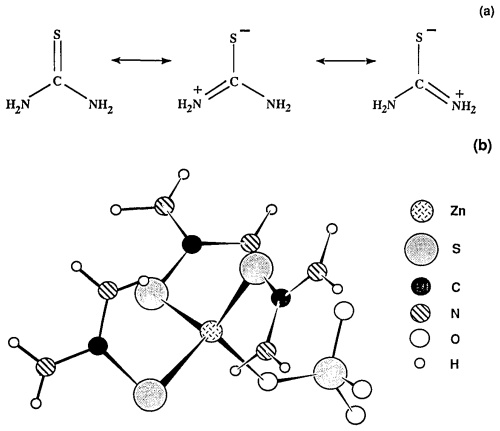 In the first step the thiourea reacts with the alkyl halide via an $\mathrm{S_{N}2}$ reaction to yield an isothiouronium salt, which is subsequently hydrolyzed by sodium hydroxide to generate the thiol. This synthesis can be carried as a one pot, two step reaction.

Not the answer you're looking for? Browse other questions tagged organic-chemistry reaction-mechanism organosulfur-compounds or ask your own question.

1
Why does nucleophilic substitution of a haloalkane with ammonia produce ammonium, not a hydrogen halide?
3
NH2- and Primary Alkyl Halides: Sn2 vs E2
2
Define “reactivity”
0
In an SN1 reaction, 1-bromohexane reacts with NaOH, but would the Na or H be the nucleophile that substitutes the Bromine?
11
Why is KI oxidized by H2SO4, whereas NaBr isn't oxidised?
6
Why can't primary alcohols react with sodium bromide via an SN2 mechanism?
0
Nonsubstituted Cycloalkene HBr Reaction
1
What are the products of the reaction of methoxypropane with HBr?
2
The increasing order of reactivity of substituted benz0yl chlorides towards nucleophilic substitution