I would guess that its hybridization is $\mathrm{s^2p^4}$?

According to this article, which written about the hydration of alkali metal ions:

In spite of many conducted studies the knowledge of the structures and bonding properties of the hydrated alkali metal ions in aqueous solution is scarce and deviating. 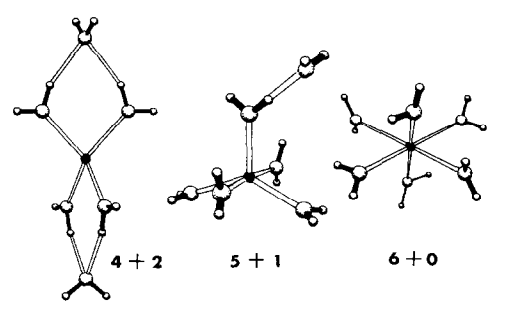 In short the hydration of sodium (and the other alakali metals) is not well understood yet, though it is under study.

Not the answer you're looking for? Browse other questions tagged water aqueous-solution ions hybridization or ask your own question.

-1
Why Does Coordination of Metal Ions Happen Anyways?