This is kind of like two questions but since they're related I have put them together. 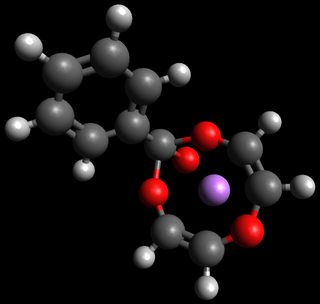 Would it be possible for me to find or estimate some basic properties (physical and chemical)? Or the 3D structure of the molecule (As opposed to the one I plotted, which is based on my estimation of dipole with minimal reasoning.)

By separating the molecules into parts:

Perhaps now it is possible to make some predictions based on some functional groups? (Such as ether.)

Though theoretical chemistry has shown that such achievement in predicting a physical structure is unlikely, I am wondering if anyone would know specific properties of this molecule and the way they have deduced it in which I haven't consider.

The second part of the question may lead to the solution for the first part, by synthesizing such molecule.

My humble attempt at theorizing the chemical synthesis with my limited knowledge on the subject is based on condensation polymer. Perhaps having the separate parts of molecules mention previously dehydrated to form a chain, the molecule may be created if a similar polymer is formed except to have the carbon-oxygen backbone chain to form a ring instead.

I also have a slight inquiry on whether it is possible for the double bond to exist in this monomer; and whether my nomenclature for this substance is anatomically correct. 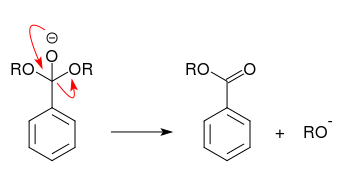 I agree with Klaus that your compound wouldn't be stable, although there could be some hope, if instead of lithium, you'd have alkyl group. Your compound is actually two molecules of ketene bound to lithium benzoate and even if you'd somehow create it, it would easily break down via mechanism starting with step presented in Klaus' answer. $\ce{RO-}$ is here enolate - good leaving group.

3
Possible Synthesis of a Polymer
6
Hyphenation of chemical names
5
What would you call the polymerised sheet-like polymer arising from Fittig reaction of 1,3,5-trichlorobenzene?
7
Non-conventional polymers
11
The Evasive Ether: Existence of diethynyl ether?
4
Polymerisation of a UV-curing resin