change in state (sublimation and deposition) 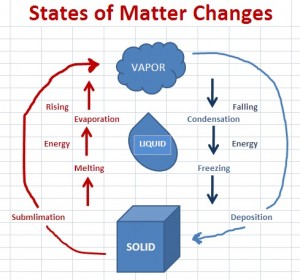 Firstly, in regards to the diagrams, as mentioned in the comments, both diagrams are correct. One thing that both diagrams imply is that sublimation/deposition is equivalent to the combination of melting/freezing and evaporation/condensation - another way to look at this is the following diagram from the UC Davis ChemWiki page Heat of Sublimation: 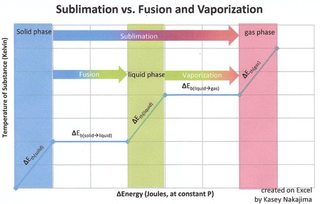 An explanation from the webpage is that:

Though in sublimation a solid does not pass through the liquid phase on its way to the gas phase, it takes the same amount of energy that it would to first melt (fuse) and then vaporize.

In regards to your related questions:

Not quite, liquids can occur in the right conditions, the explanation is below.

To understand why sublimation occurs requires an understanding of phase diagrams. A generalised phase diagram from UC Davis Chemwiki page Phase Diagrams is shown below: 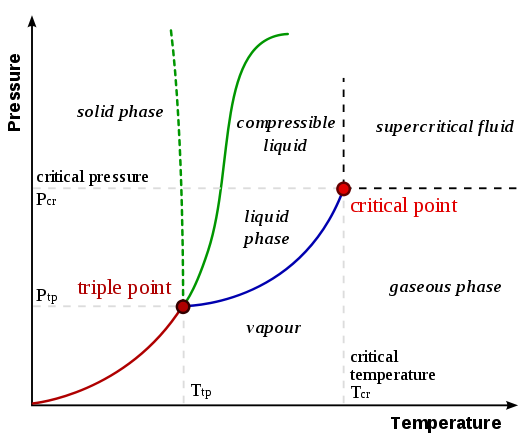 The sublimation/deposition curve is the line from the origin to the triple point, represented as the red line in the diagram above. A generalisation that can be made is that a substance undergoes sublimation/deposition when either (or both) the temperature and pressure are lower than at the triple point. Consider the following examples comparing the phase diagrams of carbon dioxide and water (from the UC Davis Chemwiki page linked before):

First, carbon dioxide - at 'normal' atmospheric pressure (such as in the typical laboratory - 1 atm), it is lower than the 5.2 atm at the triple point (labelled 'D'). Assuming minimal pressure changes from standard laboratory conditions, as the $\ce{CO2}$ is cooled, it will eventually undergo deposition to the solid phase. 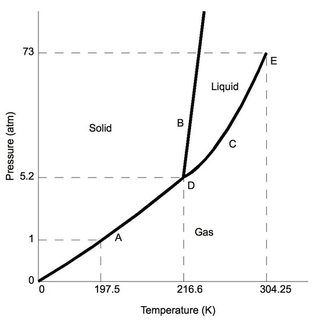 Now, for comparison, consider the phase diagram for water, the triple state (also labelled 'D') occurs at a very low pressure 0.006 atm, pressures lower than that would result in water subliming. Note for the standard laboratory conditions, water maintains the familiar solid, liquid and gas characteristics (depending on temperature). 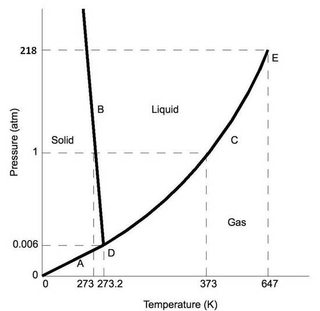 Note, both do have a liquid phase.

Not the answer you're looking for? Browse other questions tagged everyday-chemistry materials phase or ask your own question.

12
Why doesn't a table sublimate, while ice does?
3
Is sublimation a property of all substances?
5
Is sublimation caused by an environmental difference or an element's composition?

2
Nucleation and Phase Equilibrium at the Melting Temperature
2
London/dispersion forces
4
What does the phase diagram mean by "liquid" at NTP? (The liquid and vapor coexist even when the situation is not on the curve)
1
Phase rule for a pure substance in vapor-liquid region