Is the resonance depiction of benzene typically portrayed incorrectly?

I can understand that the carbon atoms in benzene have delocalized p electrons that are shared amongst all 6 of the carbons in a cloud on either side of the ring. I also understand why this could be represented as resonance structures like so: 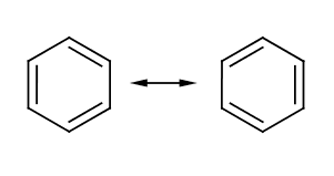 I can also understand representing it in this form: 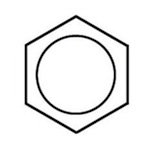 What I cannot understand, however, is why only one of the first form appears so often in depictions of organic molecules. For example, this: 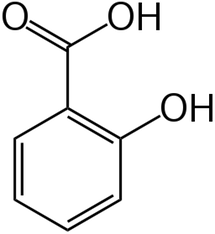 Since this is a "resonance structure," is this not incorrect to list only one of the structures?

One might argue that the reader understands what is being portrayed or that this is done in aims of saving time, but that doesn't sit right with me. The entire point of nomenclature, drawing a chemical, or anything scientific is that it can be interpreted by anyone in exactly the same way. I feel that if someone is deciding to draw a chemical using the resonance structures of benzene, then they should draw both resonance structures, lest it be mistaken for 1,3,5-cyclohexatriene.

Starting with a short and blunt answer to the title’s question: Yes. But you likely already knew that, otherwise you wouldn’t have written the rest.

One might argue that the reader understands what is being portrayed or that this is done in aims of saving time, but that doesn’t sit right with me. The entire point of nomenclature, drawing a chemical, or anything scientific is that it can be interpreted by anyone in exactly the same way. I feel that if someone is deciding to draw a chemical using the resonance structures of benzene, then they should draw both resonance structures, lest it be mistaken for 1,3,5-cyclohexatriene.

Well, there is a lot more time saved that you seem to be imagining according to your quote.

The ones I displayed in the picture are just a very small subset. In fact, solely for the $\ce{H2}$ molecule, a professor of mine claimed to have drawn some 18 (or was it 80?) different resonance Lewis structures and also claimed to be able to accurately calculate the energy of the molecule by adequately weighting all those structures. (‘Accurately’ meaning getting an energy comparable to one calculated using molecular orbital theory.)

This actually moves us towards another question: What actually is a bond? There is a lot more to a bond than simply drawing a line between two atoms and saying that ‘they are now sharing an electron pair.’ If you calculate simple-looking molecules like formaldehyde using a program like Gaussian, you are able to see a multitude of molecular orbitals — at least twelve. Two are defined as ‘core orbitals’, namely they represent the 1s orbitals of carbon and oxygen, respectively; all the others somehow contribute to bonding or antibonding interactions somewhere across the whole molecule.

So what would an accurate representation be? Drawing the atoms geometrically correctly, a cloud around them and writing a number 12 inside or next to the cloud? That way, it would be made clear that there are twelve electrons delocalised across the whole of the molecule and somehow keeping it together. But what would be gained from this type of more accurate representation? Or rather: What would be lost? You would lose the possibility to easily discuss lone pairs on the oxygen, bond order between carbon and oxygen and a lot more.

Similarly for benzene and all molecules that contain a six-membered ring of carbons with a $\pi$ system with six electrons (a.k.a. the benzene derivates you’re asking about): If you insisted on drawing ‘the two’ resonance structures, you would still be far from the truth. Furthermore, for most molecules that are not benzene but contain the same ring, the bonds are no longer equal and their bond orders are no longer exactly $1.5$ (true for any molecule that has lost the $\mathrm{D}_{6\mathrm{h}}$ symmetry). So drawing two sets of double bonds and claiming the structures to be equal would be outright wrong.

Finally, though, every chemist has learnt to get a more or less thorough understanding on the concept of a bond and on the concept of aromaticity that it can reasonably be assumed that what I presented is accessable somewhere at the back of the head if really required. Thus, every chemist should have a rather good understading that a line on paper is a line, a bond is not just a pair of electrons and a benzene ring can be drawn in multiple ways. When it really matters, we can either expect the chemist to instantly recognise the mattering due to a special case, or we can bring the mattering matter to the chemist’s attention by explicitly drawing it.

So there is a lot of time gained by simplifying drawings of molecules in the way they are and also cases where it matters can easily be illustrated by drawing more elaborate drawings which aren’t skipped in one’s attention because they are rarely encountered. And we also keep the ability to easily recognise and discuss simple concepts.

P.S: It’s not necessary for anyone to interpret these concepts the same way. In fact, it’s a good thing if an artist takes the picture of benzene and interprets it completely differently. If anything, ‘anyone’ should be restricted to the chemical — or maybe the entire scientific — community, but there I can see the interpretation safely, regardless of whether aromaticity is drawn or not.

The problem of drawing all the resonance in salicylic acid (or many of the molecules with a benzene ring), is that none of them convey all the resonance involved. You can easily see that you can move the 3 double bonds so that the carbons in the ring should have equal bond lengths.

And, the alcohol will also have a contribution to the resonance.

3
Does a benzene ring continue to oscillate at absolute zero?
5
All resonance structures of the hydrogen molecule
1
Why does benzene have only 2 resonance structures? Please answer keeping in mind I am in highschool
1
How do delocalized π electrons satisfactorily fill π orbitals?

6
The role of halogens in electrophilic aromatic substitution
9
Is ozone an electrophile in the ozonolysis reaction?
23
Why are the C-C bonds in benzene closer in length to double bonds than single bonds?
6
Molecular orbitals of the enolate ion
3
Ortho-para directing and meta directing groups: Activating or deactivating the aromatic ring?