Planes of Symmetry and Chirality

I am trying to identify whether the following objects possess planes of symmetry or not, but my answers seem different, from the textbook solutions (Klein Organic Chemistry 2e, Page 220, Question 23). Some of them I am unsure of and would like to make sure I know the proper reasoning for. Can someone please clarify?

Follow-up: Which image has three planes of symmetry? The correct answer is apparently, (f). My response would have been (e). 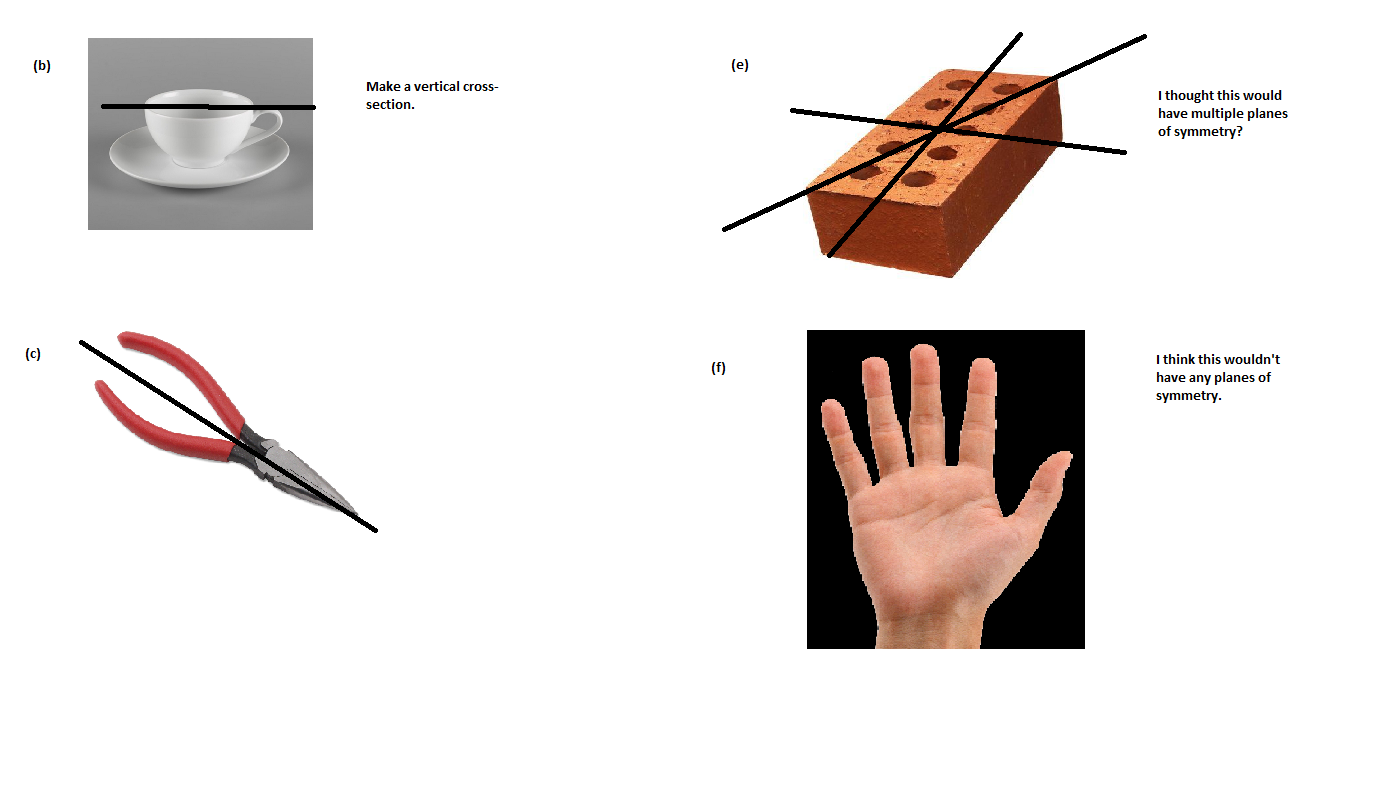 Let us address the elephant in the room first and foremost. All of these objects do not have any symmetry if you wanted to get real technical about it. However, let us just assume certain things for this useful exercise to be relevant.

b.) The teacup has a vertical plane of symmetry splitting the teacup in half along the handle axis and intersecting with the centroid of the cup and saucer. I would say that your guess is correct though it would be useful to have drawn in a plane rather than simply a line (for all examples).

c.) At first glance the pliers have a couple planes of symmetry BUT upon further thought it may not due to the way the rotating JOINT is constructed. See the example below: 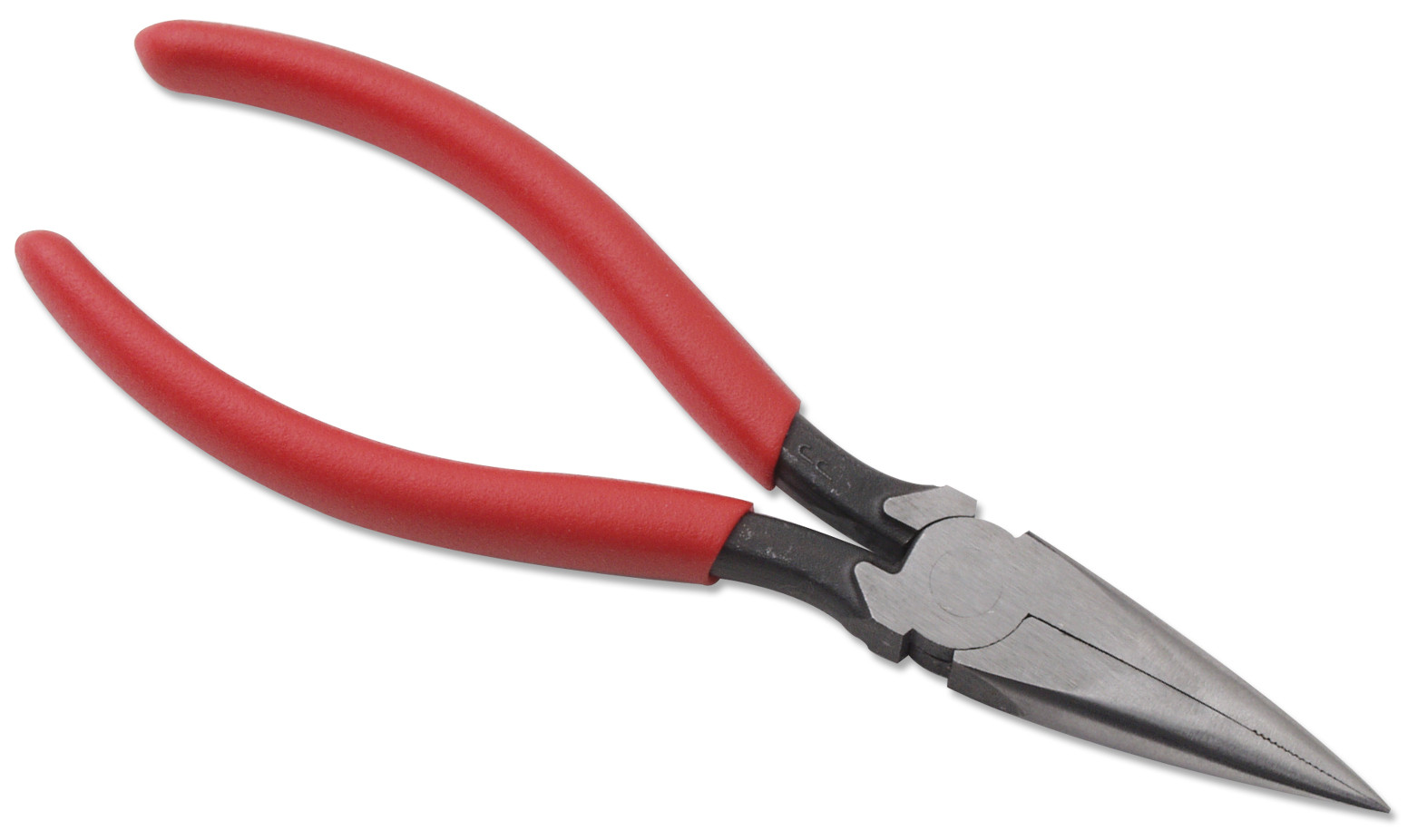 While it is difficult to see in your picture, below it is made very clear. Therefore I will say that this object does not contain a plane of symmetry. It would be POSSIBLE that it could have a plane of symmetry, one that lies in the plane of your monitor screen, cutting the object in half from tip to handle end... but it would be impossible to tell without seeing the other side. Many times pliers come with an inscription on one side of the joint, thereby breaking this symmetry.

f.) The hand has no plane of symmetry that I can see at all. The back of the hand doesn't look like its front... the left and right side of the hand are clearly not mirror images of each other...

The brick has three planes of symmetry.

Not the answer you're looking for? Browse other questions tagged organic-chemistry stereochemistry isomers chirality erratum or ask your own question.