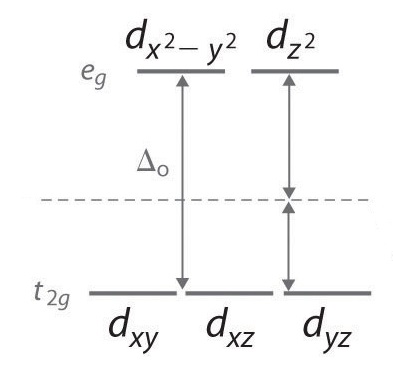 17
Where does the label ‘Dq’ to denote the field split in coordination compounds come from?

5
Crystal Field Explanation of Colors of Coordination Compounds
26
What are t2g and eg in CFT?
21
Why is manganese(II) coloured although the transition should be spin-forbidden?
4
Why do ligands approach along the axes?
17
Where does the label ‘Dq’ to denote the field split in coordination compounds come from?
4
Is it a "Bary center" or a "Bari center"?
4
Is cobalt(II) in the hexaamminecobalt(II) complex high spin or low spin?