How can I determine if there are π-π interactions between an amide and an aromatic ring in a protein?

In a crystal structure I've determined, a triazole ring on my ligand appears to be stacking with a tyrosine (top in picture): 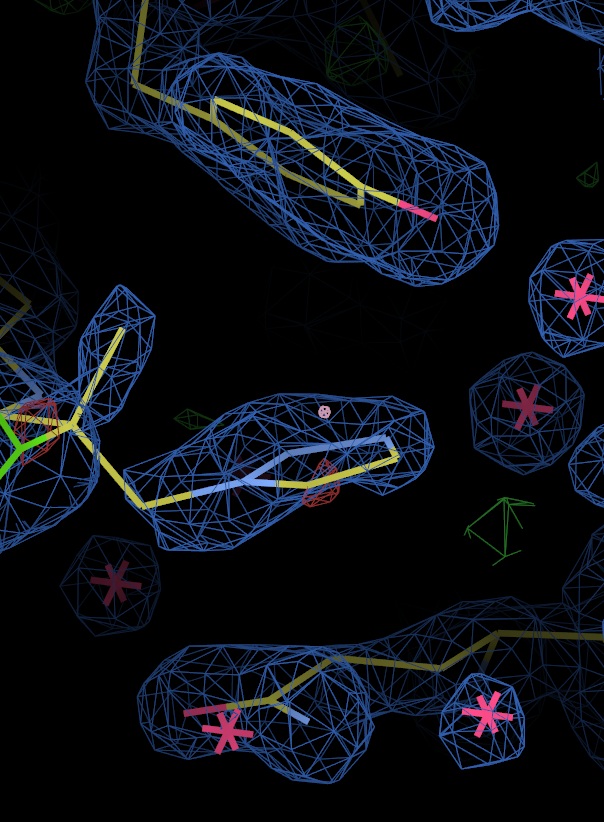 However, there is also an amide, courtesy a glutamine, near it (bottom). Is it likely this terminal amide is engaging in π-π interactions with the triazole or just weaker dispersion forces? How would I quantify how significant the interaction is?

It seems that NickT was looking for an experimental solution. My post deals, however, with a computational solution.

How would I quantify how significant the interaction is?

Determining the interaction energy between two defined monomers such as your aromatic triazole and amide is a rather straightforward process. This process is referred to as the supramolecular approach. I'll point you to a paper that analyzes the benzene dimer. This method is strictly a computational one so a bit of knowledge in computational chemistry is necessary.

The supramolecular approach boils down to this.

The whole idea is if I have two interacting molecules, I can determine the energy of each molecule individually (as if they were separated at infinite distance) as well as their complex. So as you bring these molecules closer and closer together, the energy starts to go down (the interaction energy).

NOTE: Your geometry is from a crystal structure. Do NOT modify this geometry. You will want to keep everything exactly as is. This means you don't want to optimize your system. You do not want to eyeball monomer placement. Take everything from your known structure and be careful not to change it otherwise it can ruin this process. We are modifying the structure by truncating and capping but intermolecular parameters must stay the same for whatever it is you are trying to model. You will want to optimize your cap meaning, run an optimization on your capped-monomer but freeze everything but the thing you are using to cap.

I hope this helps. Looks like an interesting project to say the least.

A quick note about the 'valence' basis set:

Typically core electrons do not participate in any sort of interesting chemistry (they are so much lower in energy than the valence electrons that they do not play a role in things like chemical bonding). When you perform these energy computations, you will be invoking the frozen-core approximation (default on many quantum software packages but be sure to check the documentation first). The pVTZ basis set expands the basis functions out to triple-zeta quality for valence electrons only. The core electrons are given s-type functions and that is it. If you ever find yourself in a situation where the core electrons are important to your system of interest, you would want to use the pCVXZ basis sets (where X = D,T,Q, etc.) which stands for polarized core-valence X zeta. Here the core electrons are given the full set of X-zeta quality basis functions. However this means you've just made your computation much more expensive. The frozen-core approximation is typically used.

Not the answer you're looking for? Browse other questions tagged biochemistry carbonyl-compounds heterocyclic-compounds proteins or ask your own question.

8
Difference between single point energy and dimerization energy
5
How do I model non-covalent interactions in Gaussian?
3
What tools can be used to estimate binding energies?

3
What is the difference between protein domains, motifs, and supersecondary structures?
12
How can a protein folding transition state have zero lifetime?
0
Is there a pH at which all proteins are negatively charged? How can it be determined?
0
what is the difference between how taste and smell are detected?
2
How to identify 'water' mistakes in protein crystal structures: Are B-factors and occupancy good indicators?
0
How can all amino acids point outwards from an alpha helix, if peptides are mostly trans?