I'm not sure what you mean by 'regular' NMR experiments. NMR experiments which observe multi quantum signal are still 'regular' experiments, so I'll assume you asking why you wouldn't see DQ signal in a basic 1D 1H spectrum, for instance. I will attempt to explain without the use of product operator formalism, and scary looking maths. 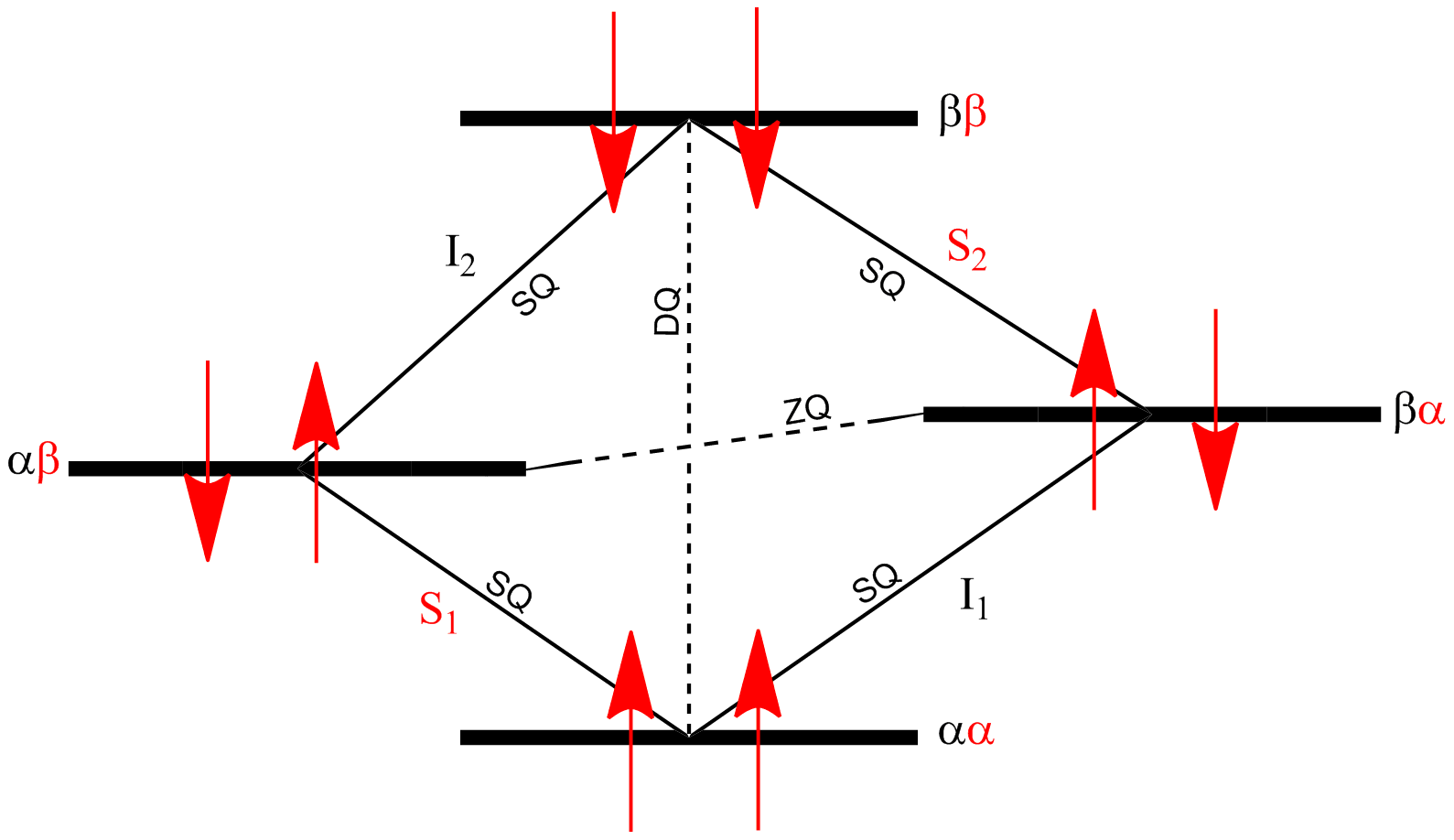 long's answer (above the figure) is fundamentally incorrect. The most basic thing to recall is that both your detector and amplifier produce dipolar fields and so only dipole-allowed transitions are observable and multiple-quantum transitions are higher order multipoles.

In a liquid state sample, tuning your detector to twice the frequency will not produce a detectable signal. While it is sometimes possible to see such a weak transition in some systems, this is due to an overtone transition (in which mixing between dipole-allowed states makes the transition weakly allowed) not a multiquantum transition. Similarly, zero quantum coherences are also higher order. They cannot be observed because dipoles and higher order multipoles have zero overlap, not because the energy scale is small.

If you had a quadrupolar detector, you could detect multiquantum coherences.

Another way to look at it is that magnetization (like dipoles, a rank-1, vector-like operator) is always 0 for all transitions of higher order at all times and so there is never any signal to pick up in the coil no matter what frequency you are looking.

12
Why is proton coupling through bonds and how does this affect identical protons?
7
NMR Splitting for Adjacent, Equivalent Hydrogens?
1
Why does NMR deal with protons?
8
Which nuclei are NMR active?
2
NMR Spectra Oddities
3
NMR sweeping magnetic field
6
Challenges Associated with Earth's field NMR