Why does the anode solution contain Sn2+ in a Sn-Cu voltaic cell?

I am obviously misunderstanding something, because according to my understanding the following voltaic cell should work: In one half cell, we have a $\ce{Sn}$ anode in water connected to a wire. The wire is submersed in the other half cell which is simply $\ce{Cu^{2+}}$ solution. The $\ce{Sn}$ gets oxidized and produces $\ce{Sn^{2+}}$ ions in the water. The electrons travel through the wire and reduce the $\ce{Cu^{2+}}$ ions in the cathode solution. The anode solution will become more positive and the cathode solution will become more negative, so we still need a salt bridge.

A voltaic circuit needs to be a complete circuit first an foremost. So, to answer your 2 main concerns, think of a voltaic cell as a electric circuit:

In one half cell, we have a $\ce{Sn}$ anode in water connected to a wire.

According to the ChemWiki Voltaic Cells, the metals plates provide a surface for the reactions to occur on, a wire just submersed into the solution provides a very small surface area for the reaction to occur.

A diagram from the UC Davis ChemWiki page Electrochemical Cells helps explain this (the example uses zinc instead of tin, but the principle is the same): 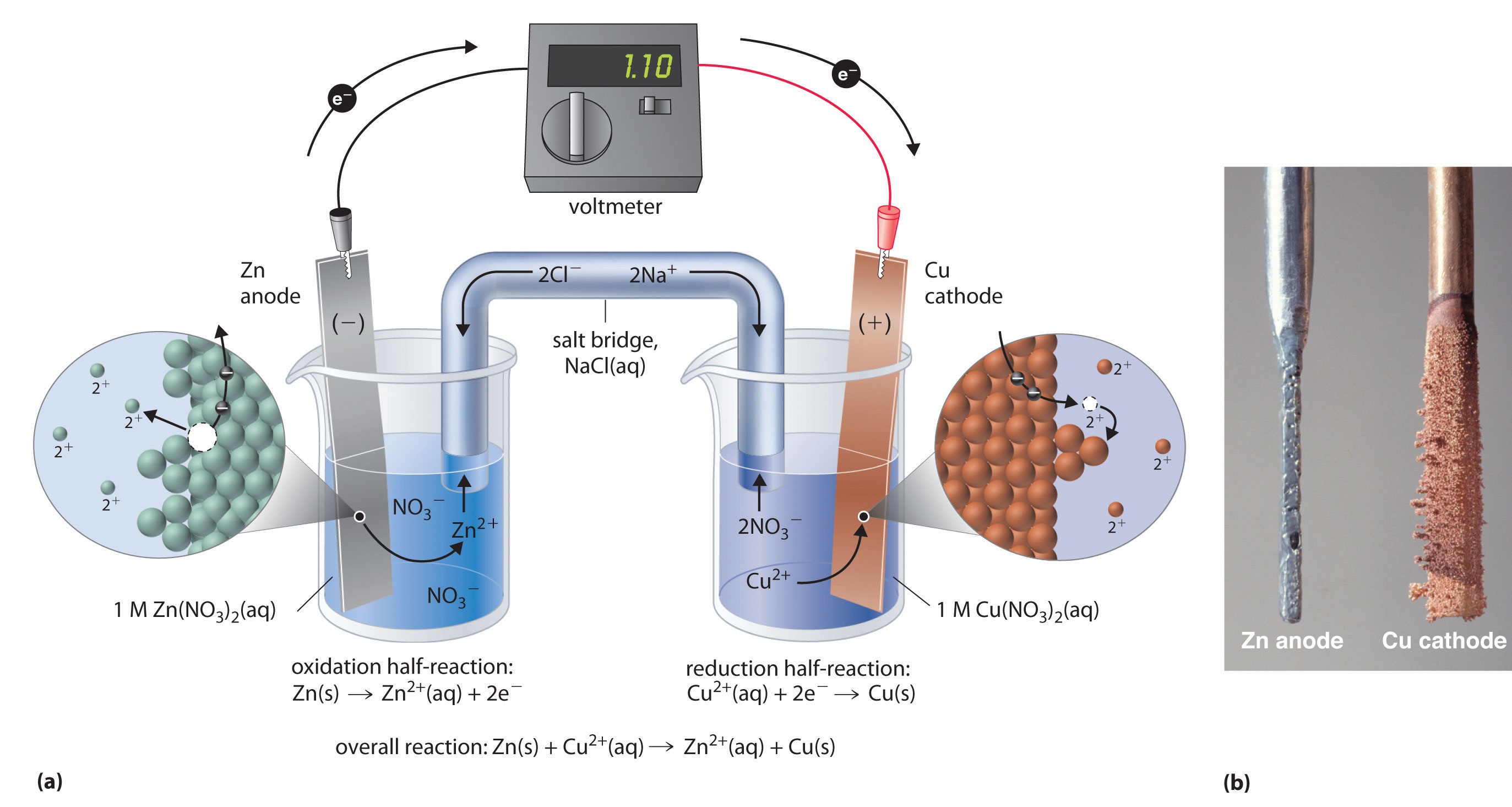 0
Why is zinc sulfate used in daniell cell
53
Positive or Negative Anode/Cathode in Electrolytic/Galvanic Cell
19
Why can't pure water conduct electricity since it can be reduced at cathode and oxidised at anode?
4
Is there always a need for a salt bridge to let a galvanic cell work continuously?

1
Electroplating a spoon (electrolytic cell) using a electrochemical voltaic cell
3
Why does the cathode have to be made out Cu in a Zn-Cu voltaic cell?
5
How would using different salts in a salt bridge effect the voltage generated by a voltaic cell?
1
why does Zn become oxidised in the first place in operation of voltaic cell?
2
Difference between voltaic cell in chemistry and battery in physics
4
Why is mass gained at the cathode?