organic-chemistry acid-base alcohols
share | improve this question | |
edited May 1 '15 at 3:03

The short answer is that the steric hindrance of the tert butyl alcohol makes it hard to add an protonate the hydroxy group. 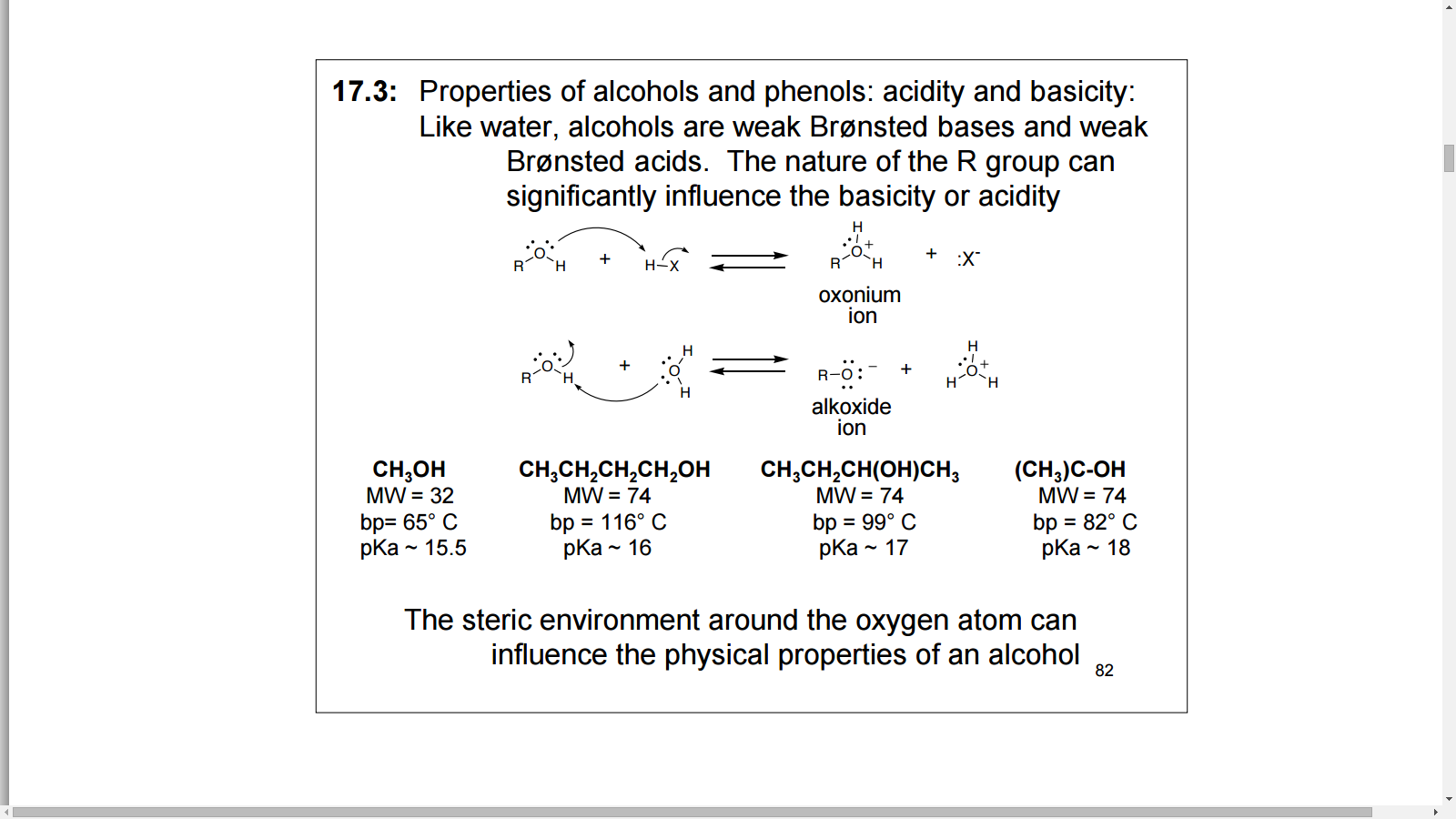 The conjugate bases of tertiary alcohols are LESS stabilized due to induction!

Because carbon groups are donating groups they push their electrons towards the negatively charged oxygen making it even more negative and therefore making it more reactive. For the conjugate bases of less substituted alcohols there are less carbon groups pushing their electrons into the already negatively charged oxygen which makes it less reactive. Now when comparing something like methanol and water their pKa's are very similar! Water has a pKa of 15.7 while methanol has a pKa of 16. When you look at the conjugate base of methanol the one carbon group is pushing its electrons towards the oxygen making the oxygen slightly more negative and therefore more reactive. The conjugate base of water does not have any donating groups pushing their electrons into the oxygen to make it more negative and is less reactive.

Not the answer you're looking for? Browse other questions tagged organic-chemistry acid-base alcohols or ask your own question.

9
Why should 2,6-Dimethyl-4-nitrophenol be more acidic than 3,5-Dimethyl-4-nitrophenol
10
Identification of types of alcohols
0
Why is the boiling point of rectified spirit lower than alcohol absolute?
1
Why are the secondary alpha hydrogens more acidic than primary alpha hydrogens (keto-enol tautomerization)?
1
Nucleophilicity of alcoxy groups
6
Why is ortho-hydroxybenzoic acid more acidic than its para-isomer?
4
False positive in lucas test for primary alcohol due to formation of tertiary carbocation by rearrangement?