Additionally, my professor said during lectures that form x is favored over form Y. Is this because a negative oxygen is able to delocalize the negative charge (and be protonated more easily) more efficently than a $\ce{CH2-}$ group? If so, is the x form so dramatically favored that it would not make sense to draw any mechanisms involving the y form? 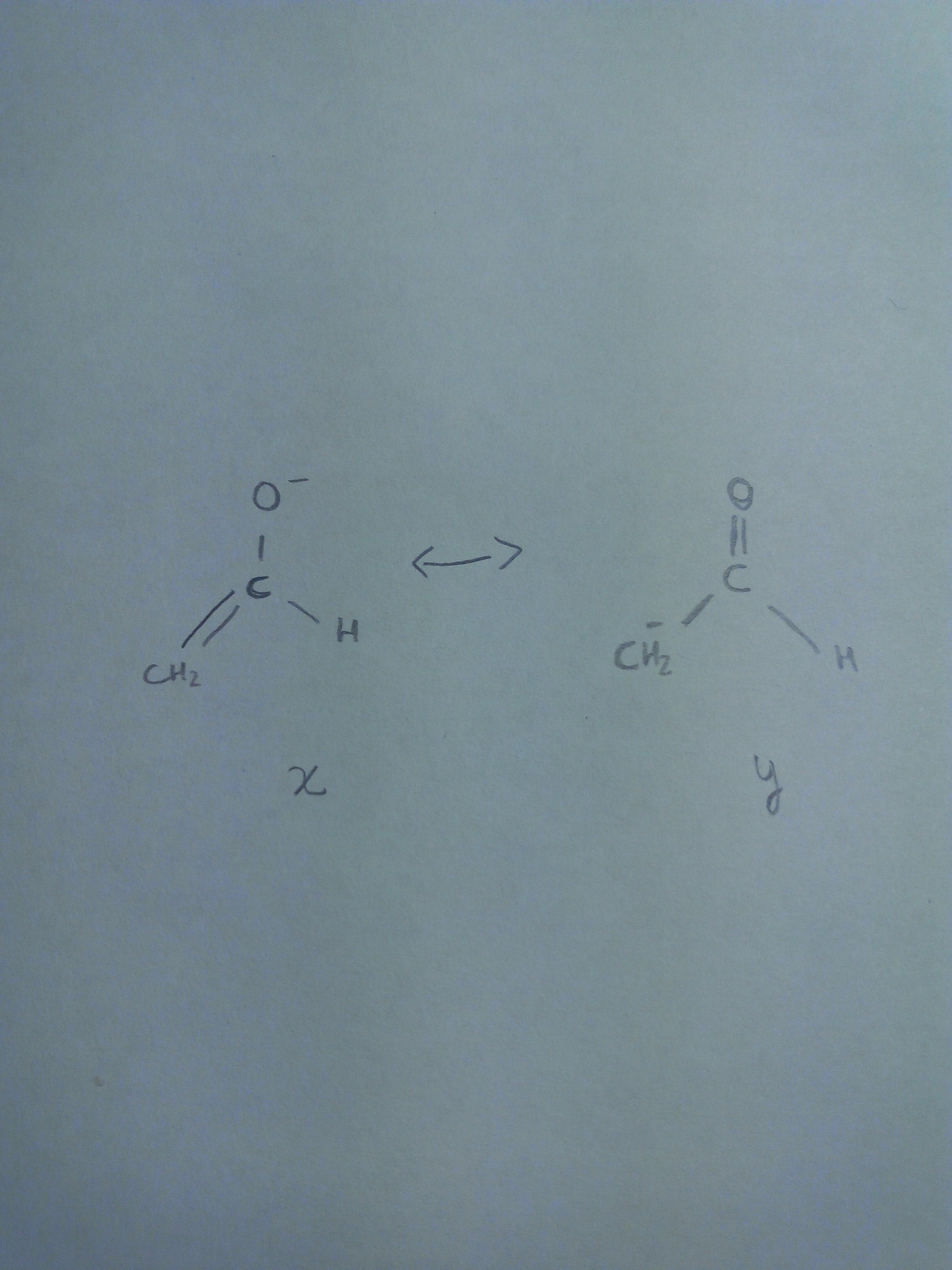 Both the enolate and the hydrate form.

Aldehydes (and ketones) react with water in the presence of acid or base to form hydrates. However, for more aldehydes in aqueous solution (even dilute solution), the hydrate is only a minor component of the mixture (~1%).

The other 99% of the aldehyde molecules are perfectly able to form the enolate, but only a small number of them do because the difference in pKa between most alpha hydrogens on aldehydes and ketones (~21) and water (15.7).

So, in actuality most of the aldehyde molecules at any given time are neither enolates nor hydrates. Now, if a reaction should occur to consume enolate, then Le Châtelier will come out and nudge the system to make more enolate.

4
SN2 nucleophilic attack with alpha unsaturation
2
Carbonyl carbon electropositivity?
5
When will organometallics act as base or nucleophile?
7
What will be the possible major product(s) on heating this primary alcohol i.e. 9-fluorenylmethanol with (conc) H2SO4?
6
Molecular orbitals of the enolate ion
2
Why do Grignard reagents act as sources of nucleophilic R− and not Br−?