When does hydrogen bonding happen?

What kinds of molecules will experience hydrogen bonding (inter and intra)? Why does it occur for some H atoms but not others?

What kinds of molecules will experience hydrogen bonding (inter and intra)? 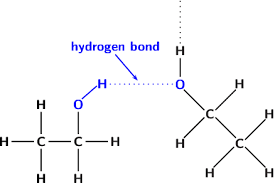 Why does it occur for some H atoms but not others?

Hydrogen bonding cannot occur without significant electronegativity differences between hydrogen and the atom it is bonded to.

Thus, we see molecules such as PH3, which no not partake in hydrogen bonding.

The size of donors and acceptors can also effect the ability to hydrogen bond. This can account for the relatively low ability of Cl to form hydrogen bonds. When the radii of two atoms differ greatly or are large, their nuclei cannot achieve close proximity when they interact, resulting in a weak interaction.

Most people seems to think that hydrogen bonds are limited to $\ce{X-H\bond{~}Y}$ interactions, where $\ce{X}$ and $\ce{Y}$ are heteroatoms.

These interactions can form complex networks of rings and strands.

We've examined and published that a while ago for a couple of different phthalimides, such as N-(4-methoxybenzyl)phthalimide or N-allyl­phthalimide, and some more.

While the articles are behind a paywall (they were published before Acta Cryst. E went open source), the CIF files can be downloaded and played with/examined.

A crucial parameter for hydrogen bonds is distance, if the acceptor is too far away, there is (obviously) no hydrogen bond.

As a rule of thumb, $2.3\,\mathrm{\mathring{A}}$ is a distance where hydrogen bonds can be expected.

Not the answer you're looking for? Browse other questions tagged molecules hydrogen-bond or ask your own question.