In contrast, the equatorial bonds in a PBP molecule are separated by 72 degrees which results in them being less stable when compared to the axial bonds.

To what extent is this reasoning correct? Please provide a more detailed and accurate explanation, if there is one. Thanks!!

General Rule #1: Most elements use only s and p orbitals to form bonds, only transition elements and heavier elements use d, f, etc. orbitals in bonding.

General Rule #2: The more s-character in a bond the shorter the bond (reference). For example 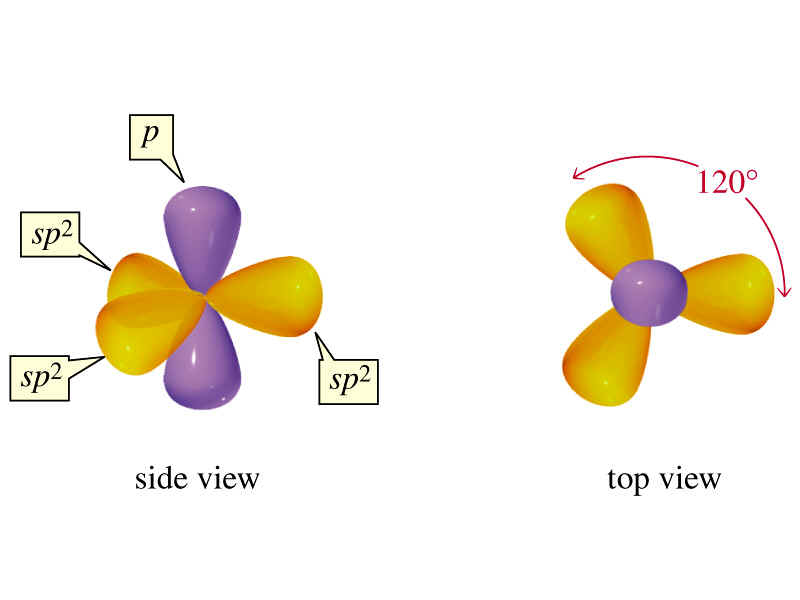 As the following structural diagram shows, this is indeed the case. 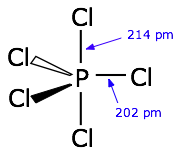 Now let's turn our attention to the pentagonal bipyramid structure as found in $\ce{IF_7}$ for example. Here is the structure for this molecule 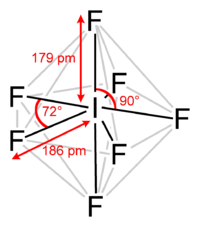 Here is a link to an article discussing the structure and bonding in $\ce{IF_7}$. Only the abstract is freely available. For completeness, I'll mention that there was an earlier SE Chem question related to $\ce{IF_7}$, but it doesn't seem to add much to the conversation. Returning to the published abstract, the key part of the abstract states,

"These features can be explained, however, by a bonding scheme involving a planar, delocalized pxy hybrid on the central atom for the formation of five equatorial, semi-ionic, 6-center 10-electron bonds and an sp hybrid for the formation of two mainly covalent axial bonds."

Someone, after reading that last paragraph, is going to notice that there are 5 equatorial fluorines, but only 4 bonding sites with the two p orbitals - what gives? First off, note that the $\ce{p_{x}}$ and $\ce{p_{y}}$ orbitals on iodine form hypercoordinate bonds with the p orbital on fluorine and so yes, there are only 4 equatorial points of attachment. But note that the abstract also mentioned that the equatorial bonds are semi-ionic. This suggests that we have a resonance structure where we have an [$\ce{IF_{6}^{+}}$][$\ce{F^{-}}$] ionic contributor. We can draw 4 more resonance structures just like this for the other 4 equatorial $\ce{I-F}$ bonds. This means that mixed in with our hypercoordinate p-p bonds is some ionic character - this allows us to make 5 equivalent equatorial bonds. Said differently, our 5 equatorial bonds are all identical resonance hybrids obtained by mixing 2 hypercoordinate p bonds (each one providing bonding for 2 fluorines) with 1 ionic bond (providing bonding for 1 fluorine). 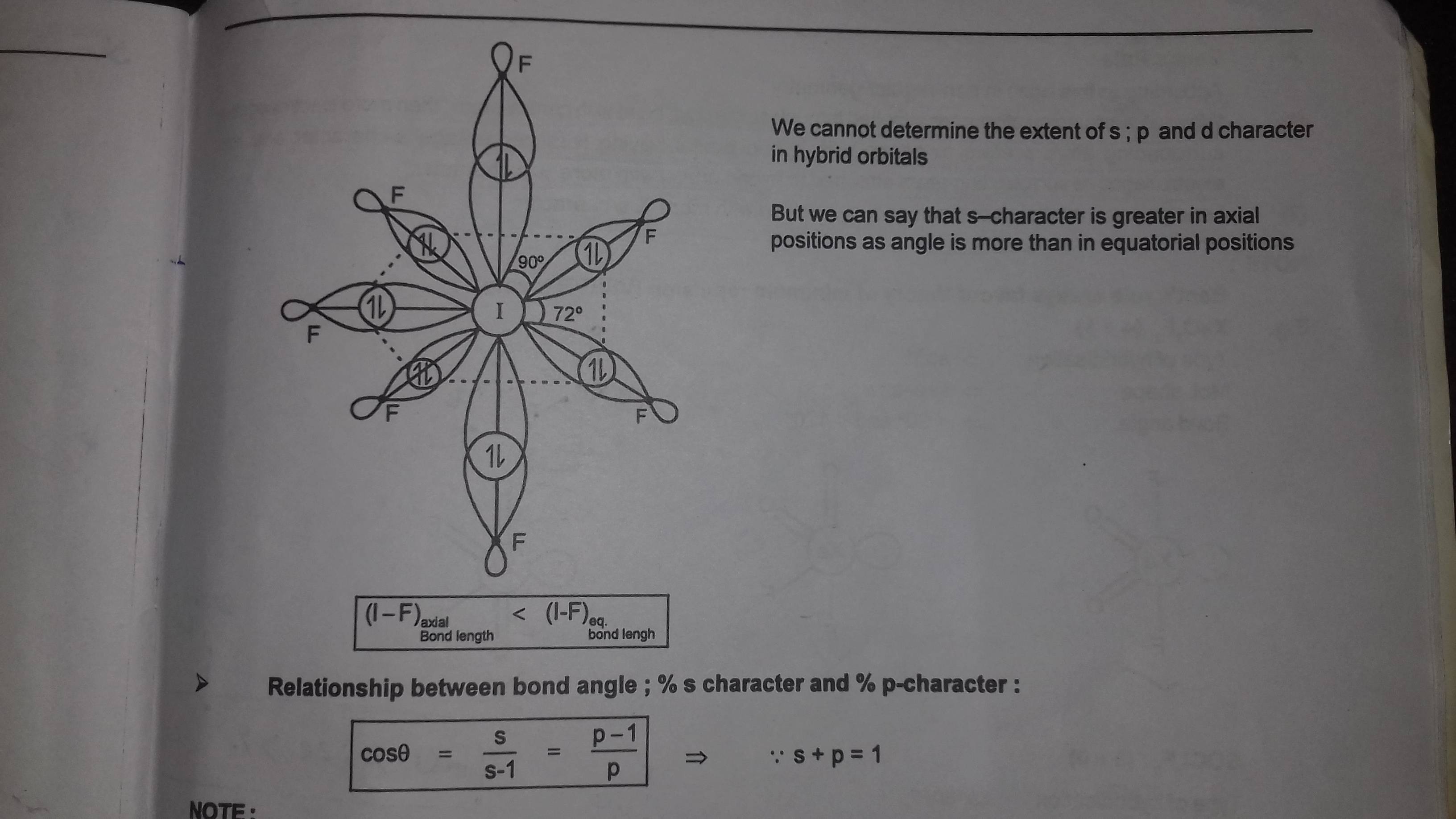 we cannot determine the extent of s p and d character in hybrid orbitals. but we can say that s character is greater in axial positions as angle is more than in equatorial positions.

Not the answer you're looking for? Browse other questions tagged bond theoretical-chemistry resonance structural-formula molecular-structure or ask your own question.

66
Why does F replace the axial bond in PCl5?
34
Hypervalency and the octet rule
20
How can the Bonding in IF7 be explained using LCAO method?
14
Bonding in Square Antiprismatic Compounds
9
Why an asymmetric geometry with sp3d and sp3d3 hybridization?
3
Bond Lengths: Equatorial vs Axial in Trigonal Bipyramidal
1
How to explain shape of molecules in penta and hexa coordination if hybridization involving d-orbitals (in main block) is considered incorrect?

12
Rationalizing the Planarity of Formamide
15
Utility of Bent's Rule - What can Bent's rule explain that other qualitative considerations cannot?
9
Why an asymmetric geometry with sp3d and sp3d3 hybridization?
5
How can three p orbitals per atom bond in tin (II) sulfide?
3
Bond Lengths: Equatorial vs Axial in Trigonal Bipyramidal
13
Are carbocations necessarily sp2 hybridized and trigonal planar?
4
Dipole moment in NF3 versus NH3
3
Comparing bond angles in carbonyl dichloride and carbonyl dibromide