I have a question about fats. This may sound cliché! Because we are in the era of "trans-fat" free, "unsaturated" food. Not to mention it's the period where people get sicker and die faster (oh may be, the statistics weren't obvious in the past...).

Fats are important part of our diet and major source of energy (the mighty omega-3 fatty acids). But, The trans-fat, it's a linear molecule, it tends to stick and stacks up, builds up bad cholesterol, so that's not good for our cardiovascular system...

Does it mean, the opposite configuration, cis-fat is healthy for our body? If cis is what's naturally found, by default it's unsaturated fat isn't it?

It's that time of the year again, for a community project we (the people who are new to biology, organic, biochemistry education) need to explain that to kids of age 7 and 10. They are going to go for shopping with us and we have to pop our eye balls to make sure they don't buy the wrong stuff. Because everything they adore seems to contain trans-fat from breakfast cereals, syrups, chips to doughnuts...list goes on. Saying something isn't bad not going to convince them an atom! So we gotta explain why they should go for trans fat free, unsaturated food or in the worst case just choose a saturated food instead of a trans-fatty thing and prevent any "kids-melo-drama". I am struggling with this explaination and I doubt it's going to be any easier for the kids.

If cis is what's naturally found, by default it's unsaturated fat isn't it?

Both cis and trans are unsaturated. "Unsaturated" means having at least one C-C bond that is not a single bond (but instead a double or triple bond). The terms cis and trans refer to the geometry of the molecule about the double bond.

Also, since a fatty acid can have more than one double bond, it can be both cis and trans, for example fats of Rumenic acid found in milk.

Cis-fat can also have negative health consequences. For example, according to the review article Dietary fat, insulin sensitivity and the metabolic syndrome Clinical Nutrition vol. 23 pages 447-456.

In other words, even consumption of too much unsaturated, naturally occuring, cis fat can have negative health consequences, such as insulin resistance.

Because everything they adore seems to contain trans-fat from breakfast cereals, syrups, chips...

but is this really true?

From what I've seen, cereals have little or no fat of any kind, let alone trans-fat.

Similarly, maple syrup has no fat. 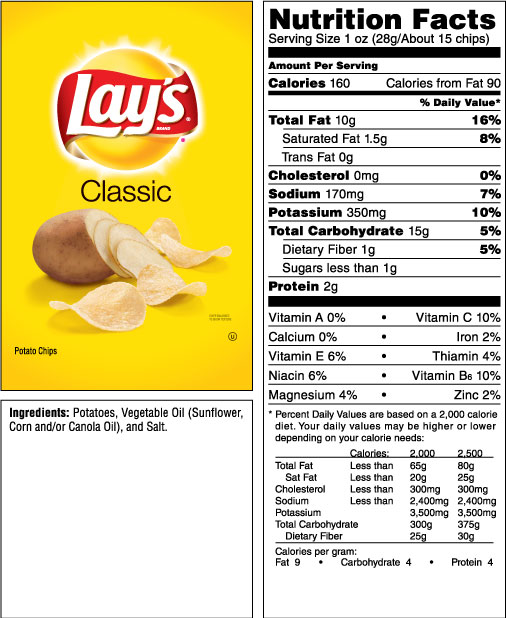 So we gotta explain why they should go for trans fat free, unsaturated food or in the worst case just choose a saturated food instead of a trans-fatty thing

The amounts of partially hydrogenated trans fat in foods has been greatly reduced in the last 10 years. Milk and meats naturally contain trans fat.

I wouldn't want you telling my kids they can't drink milk or eat a hamburger. Sure it's bad to eat too many hamburgers. The focus should be a balanced diet.

Not the answer you're looking for? Browse other questions tagged food-chemistry fats or ask your own question.

13
What makes trans fats more harmful than saturated ones?
7
Why unsaturated fats are usually cis?

1
About possibly healthy salt substitutes
9
Does solid fat float in liquid fat?
0
Trying to understand the causes and implications of kinks in fatty acid chains
1
Why are trans fats worse than saturated fats?
3
What exactly happens when vegetable oil is partially hydrogenated?
2
How does fat affect the precipitation of proteins?
13
What makes trans fats more harmful than saturated ones?
0
Why do (did) they make trans fat instead of using saturated fat?