Why tautomers are considered to be the same chemical compound?

Because of the rapid interconversion, tautomers are generally considered to be the same chemical compound. (Wikipedia)

But looking at the examples provided on that same Wikipedia article, it is obvious that different chemical reactions would take place in each case (for example enol vs. keto).

There are a number of types of rapid chemical equilibria that basically cannot be turned off. Tautomers are probably the best known examples, although fluxional behavior is observed in many inorganic and organometallic systems.

The origin for most tautomers is that protons are really quantum-mechanical. They can tunnel just like electrons can delocalize. Obviously different tautomers will have different stability, much like some electric resonance structures are clearly more stable.

The comments to your question above indicate that most chemists would just call it "acetone" but of course there's some prop-1-en-2-ol present too.

It's a partly a matter of the balance of the equilibrium (i.e., that for many tautomers, only one form predominates). There are exceptions, e.g. phenols (from Wikipedia):

It's also a matter of the time-scale. For example, at room temperature if I take an NMR, do I see two sets of peaks? What about IR or other characterization techniques? If I can't tell the difference because there are one set of peaks, I think many chemists will consider there to be "one compound" even if multiple tautomers are present.

For an example of this (from the cheminformatics perspective), Marc Nicklaus of the NIH/National Cancer Institute gave a great talk at the 247th ACS national meeting "The NCI/CADD Group's InChI Usage and Analysis of Tautomerism for InChI V2".

The talk focuses on tautomers and what software is trying to do to derive simple rules (as opposed to lots of quantum calculations or experiments) to determine one standard tautomer. But they also measured several tautomers by NMR:

These would obviously be chemically quite different, but one form clearly predominates. 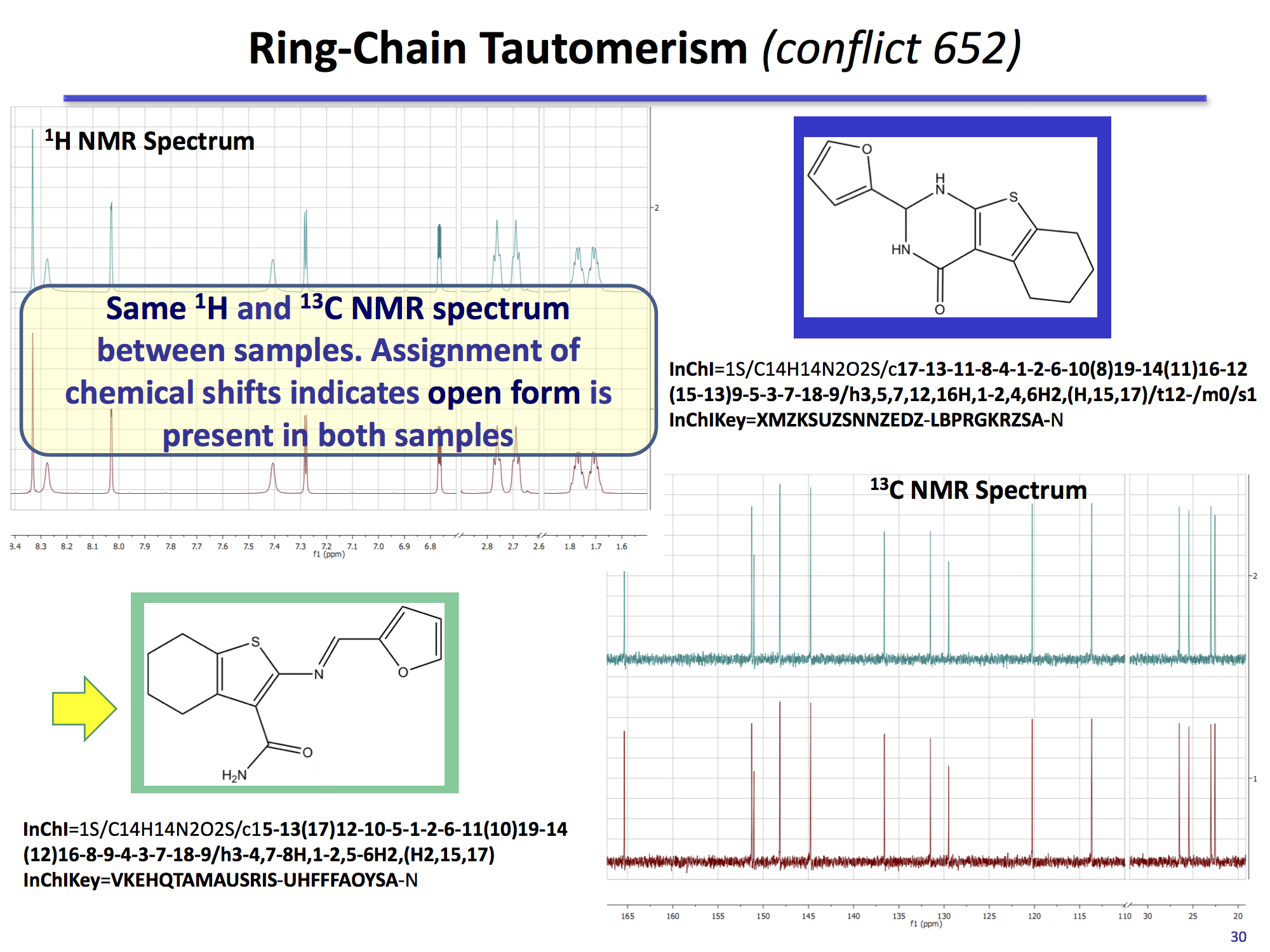 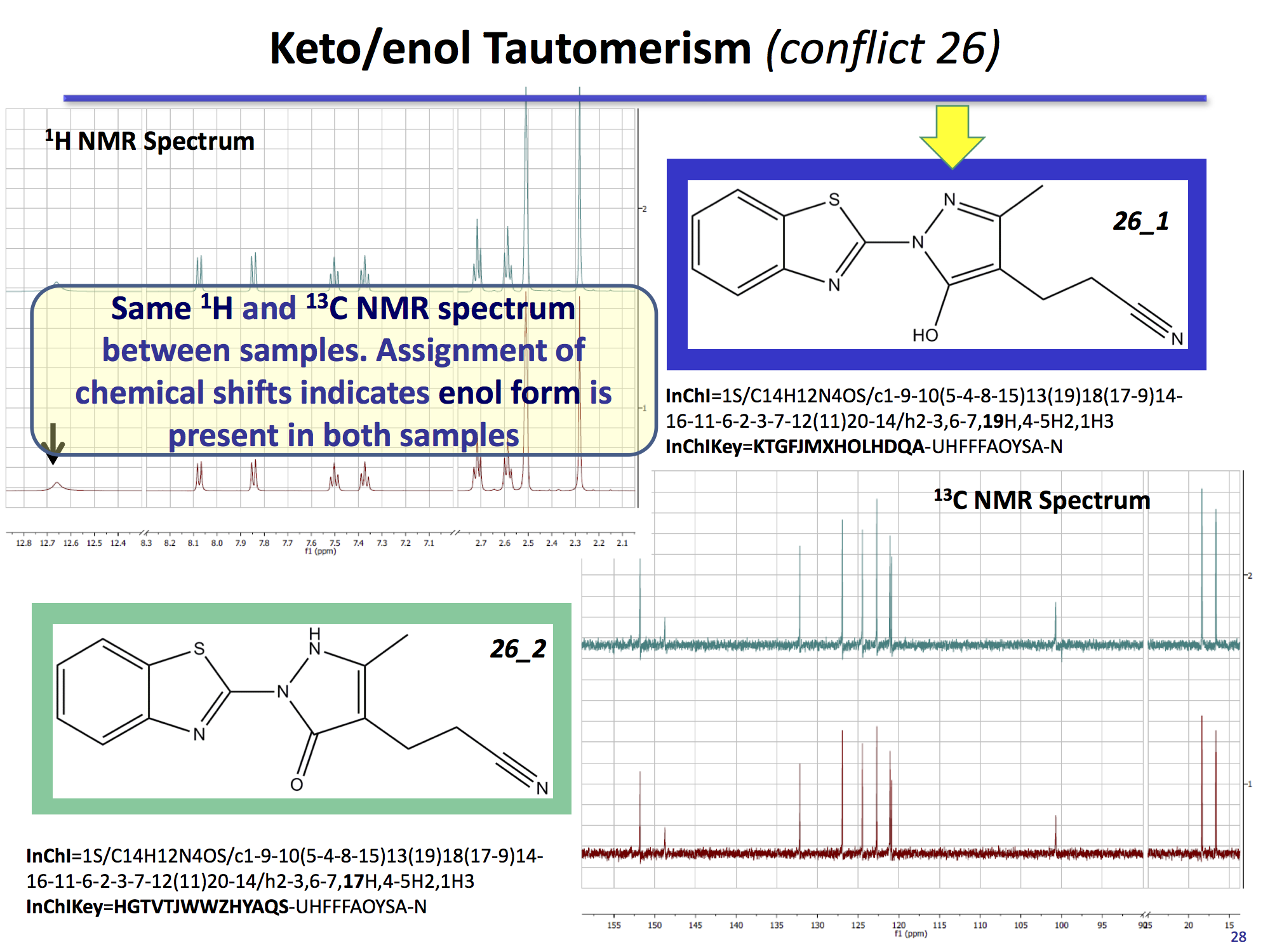 18
Pubchem, InChI, SMILES, and uniqueness
1
Why interconversion in tautomers is so rapid?

1
Why interconversion in tautomers is so rapid?
3
What are compounds with the same mass called?
8
Why is the oxime tautomer more stable than its corresponding nitroso isomer?
9
Why are conformational isomers considered as isomers?
3
Compound having the highest enol content will be?
14
Is light a reactant in photochemical reactions?
3
2-Pyridone tautomer ratio