Are molecules chiral if a rotation leads back to the same compound?

I understand that if you rotate a molecule and it has the same configuration as its enantiomer, then it is indeed the same compound as the enantiomer (meso), and hence is achiral (despite having chirality centers).

If compound is rotated and the resulting Fisher projection has exactly the same configuration after its rotation, what does that mean in terms of chirality? (I'm not talking about enantiomers here,) It will have a different enantiomer (and hence not be meso), and will be polarizable, but the compound itself has exactly the same perspective if you rotate it. Does this hold any signifance chemically or stereochemically, or is it meaningless?

In the below example of Idaric acid, the enantiomer appears to be a different compound. When the compound is rotated 180 degrees, it looks exactly the same. 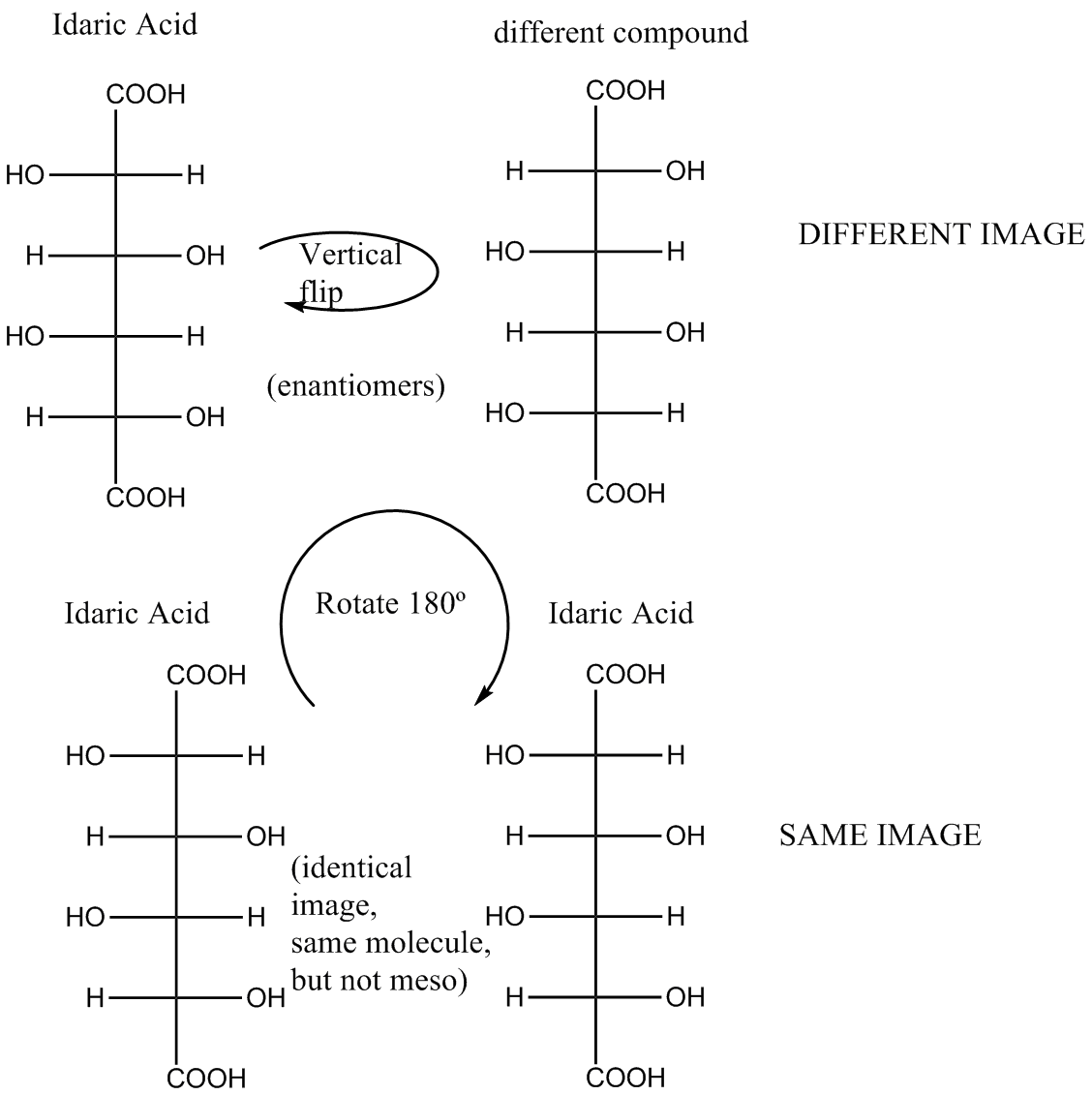 In the below example of galactaric acid, when the compound is rotated 180 degrees, it is a different image. This is despite it being meso. 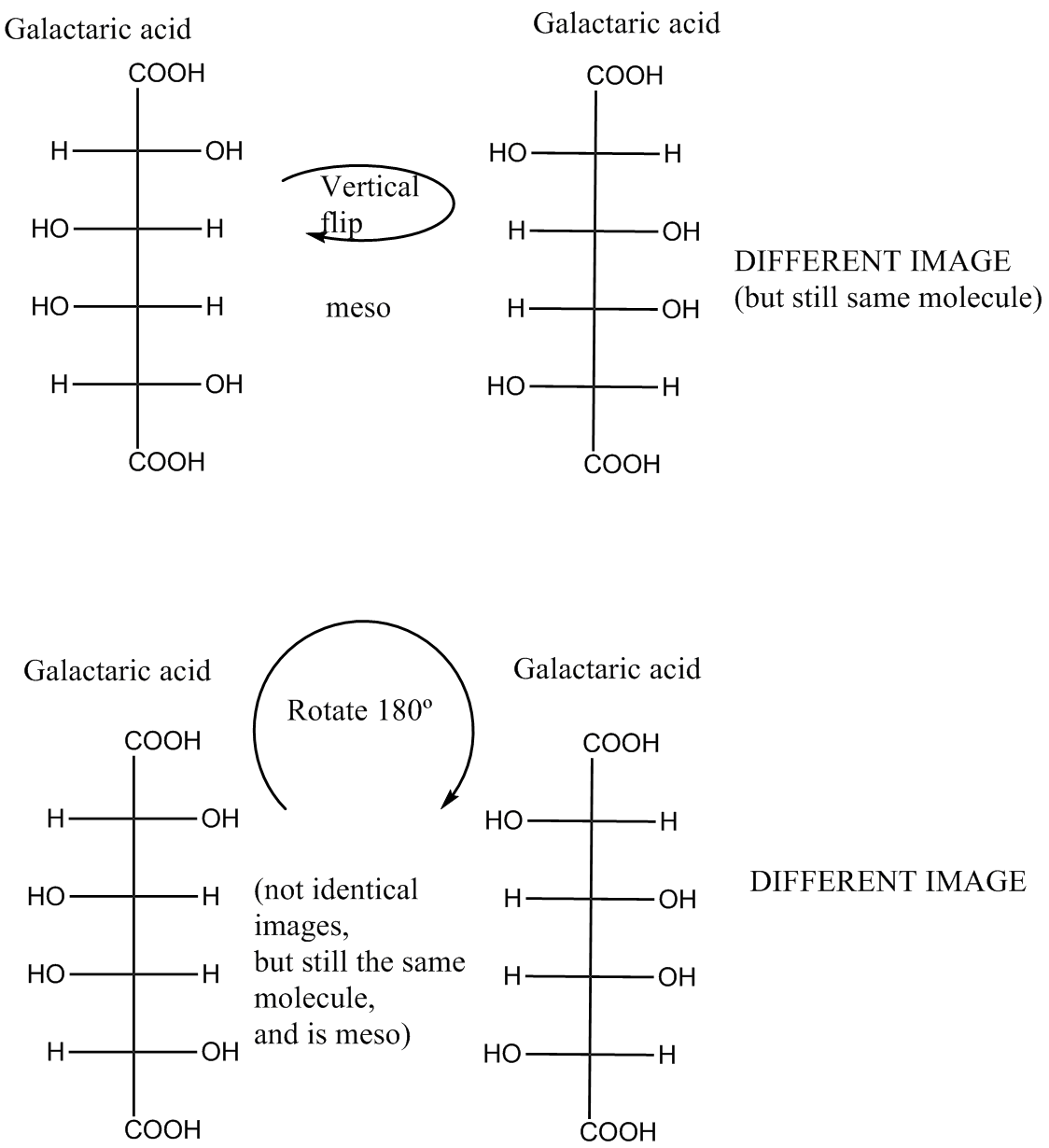 The property that you are describing for D-idaric acid is called C2 symmetry. This means that when you rotate a molecule (or any object) by 180 degrees, it appears identically to the original orientation. In D-idaric acid, the C2 symmetry axis is halfway along the bond between C3 and C4.

Having a C2 symmetry axis doesn't tell us if the compound is chiral or not. Achiral compounds have an (internal) plane of symmetry or a point of symmetry. D-Idaric acid does not meet either of these requirements and is a chiral molecule.

You can have "symmetric" chiral molecules like you describe.

This is a subtle point and your particular choice isn't chiral.

In typical organic chemistry, instructors mention about mirror images, but leave some of the subtle details to later courses.

There are many types of chiral molecules and some of them look quite symmetric. Consider a pinwheel or propeller. You can rotate along the axis of the propeller and it will be symmetric, but there's a tilt/twist to the blades: 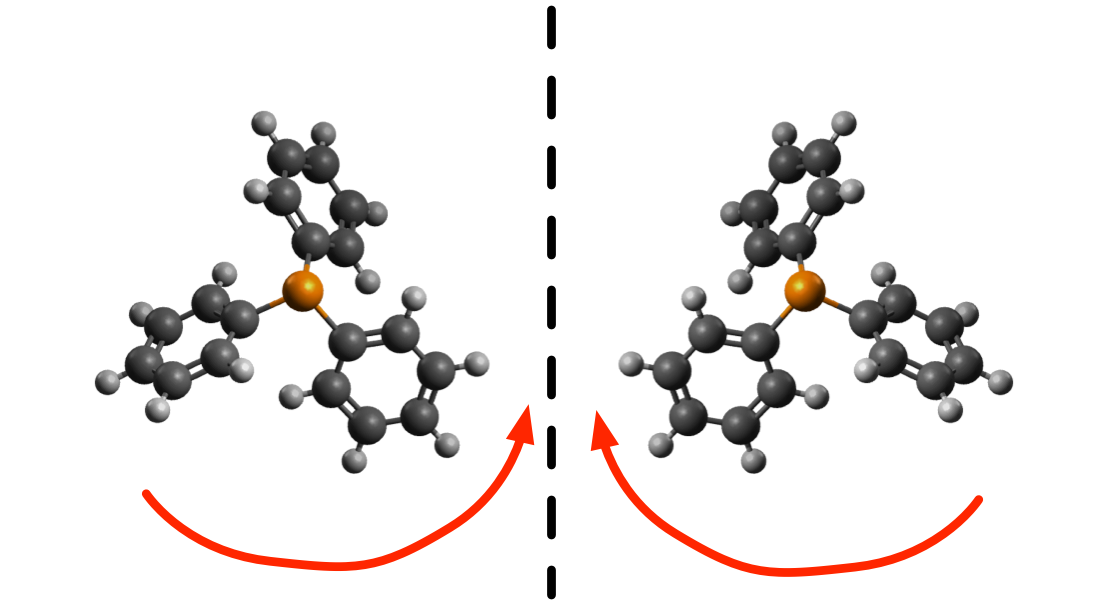 So these two images are mirror, but there's a chiral axis and the direction of rotation is reversed. They are enantiomers. This case has three-way symmetry, but it's possible to have a "two leaf" pinwheel that's still chiral. Proper rotations don't make mirror images. 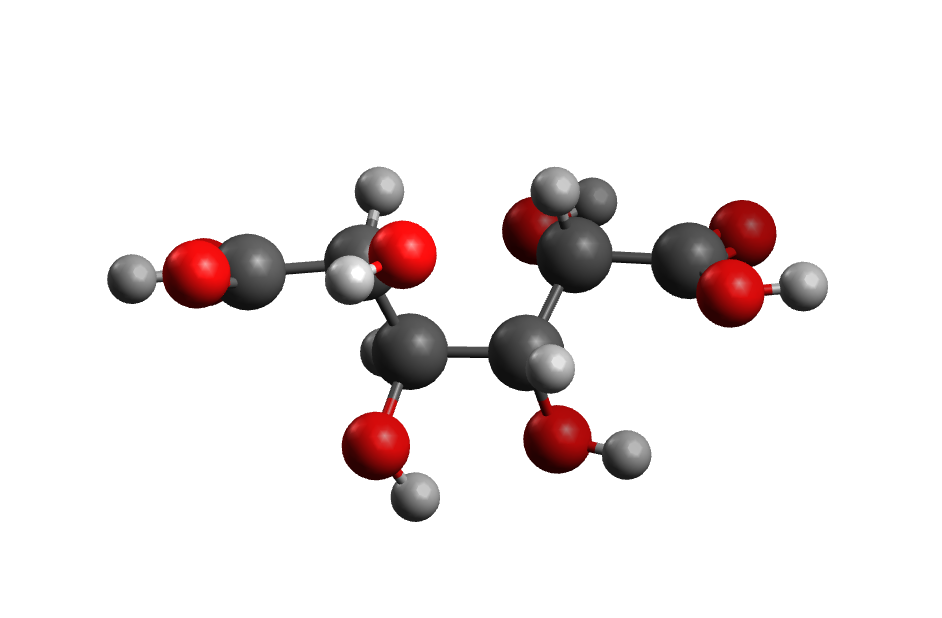 Not the answer you're looking for? Browse other questions tagged organic-chemistry stereochemistry symmetry or ask your own question.

19
What is the perfect definition for chirality?

7
Does an axis of symmetry determine chiralty?
0
Meso and achiral does both term means the same?
3
Is the existence of chirality center equivalent to chiral?
2
Visualizing rotation about a double bond
7
Does 1,4-dimethylcyclohexane have a chiral center?