Where can I find a downloadable spreadsheet of element properties?

Sorry for the FAQ, but I really don't know where to find a full spreadsheet for element properties. I mean a table that has one row for each element, and the columns are its properties, such as name, atomic number, density, melting point, etc. I know that there are many sites or references for that, but I need it in tabular format, because I want to analyze data, make charts, etc.

Well, here's a CSV file that I parsed out of the JSON data provided by Paul Nathan's website, which in turn was produced from gPeriodic data in response to this question. gPeriodic is FOSS, so I can only assume that the element data contained within is good to share, though I have no idea of its provenance.

The parser uses the python json module to read the data, which I then wrote into comma separated values, which should be readable by any halfway competent spreadsheet program.

Here it is: Pastebin Link

save it as elementdata.csv and you're good to go.

Tried plotting Z versus covalent radius in R from this data - looks alright: 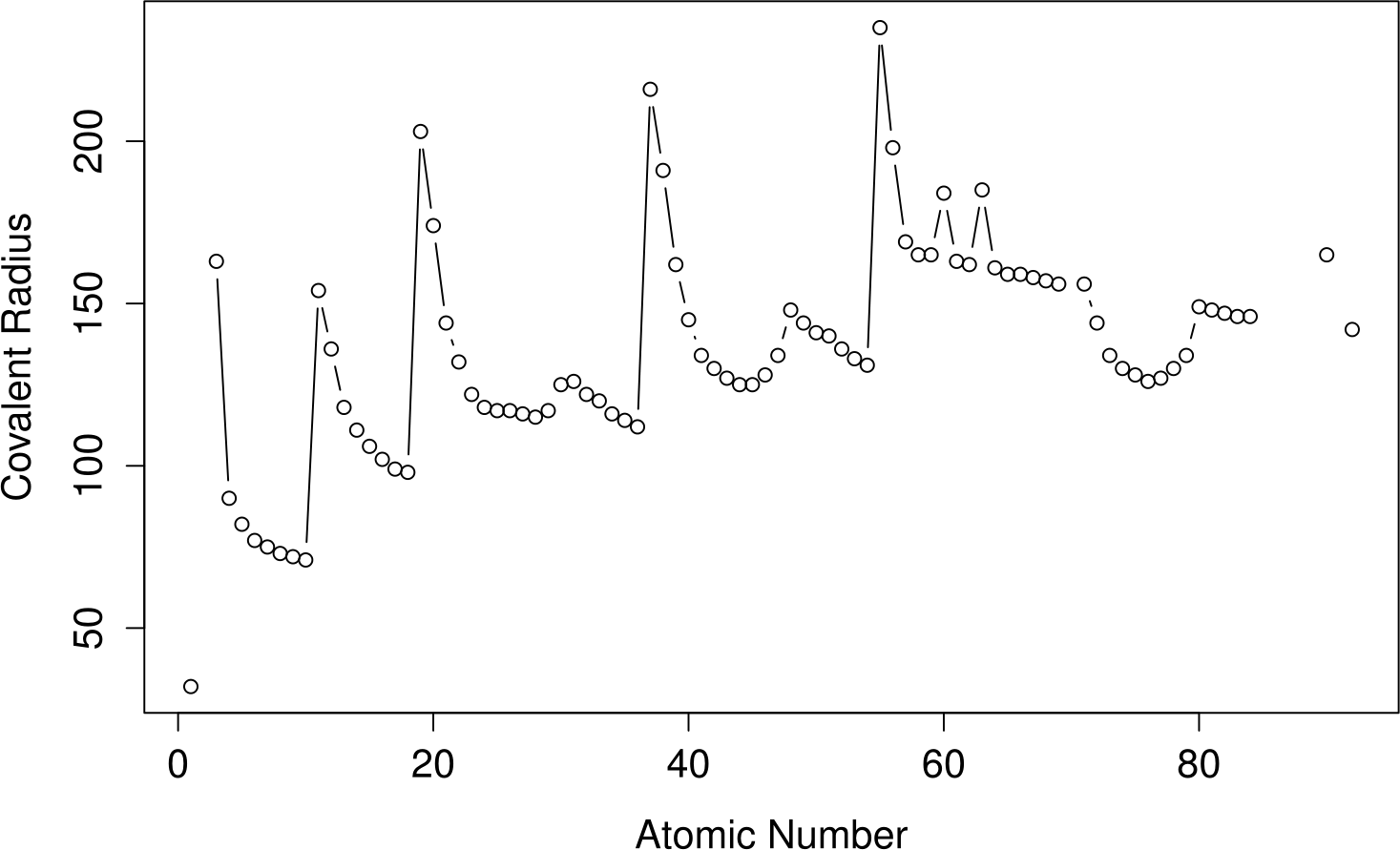 Some of the data points are missing, some are not read by R because they are wrapped in <> - pre-process to your heart's content.

Fine, here's my data taken from the reference mentioned in my above comment. I cannot vouch for it's accuracy.
This is in the .csv file format for its wide use as enlightened by Richard Terrett. You can combine certain ranges from this csv/spreadsheet to the one prepared by Richard, because it contains certain properties not contained in Richard's source.
Also there are certain properties in Richard's file which are absent/improper in mine so this file is best used in conjunction with Richard's file.

I found a nice json database here (it may have errors, I wouldn't know, but there are links to the original sources). 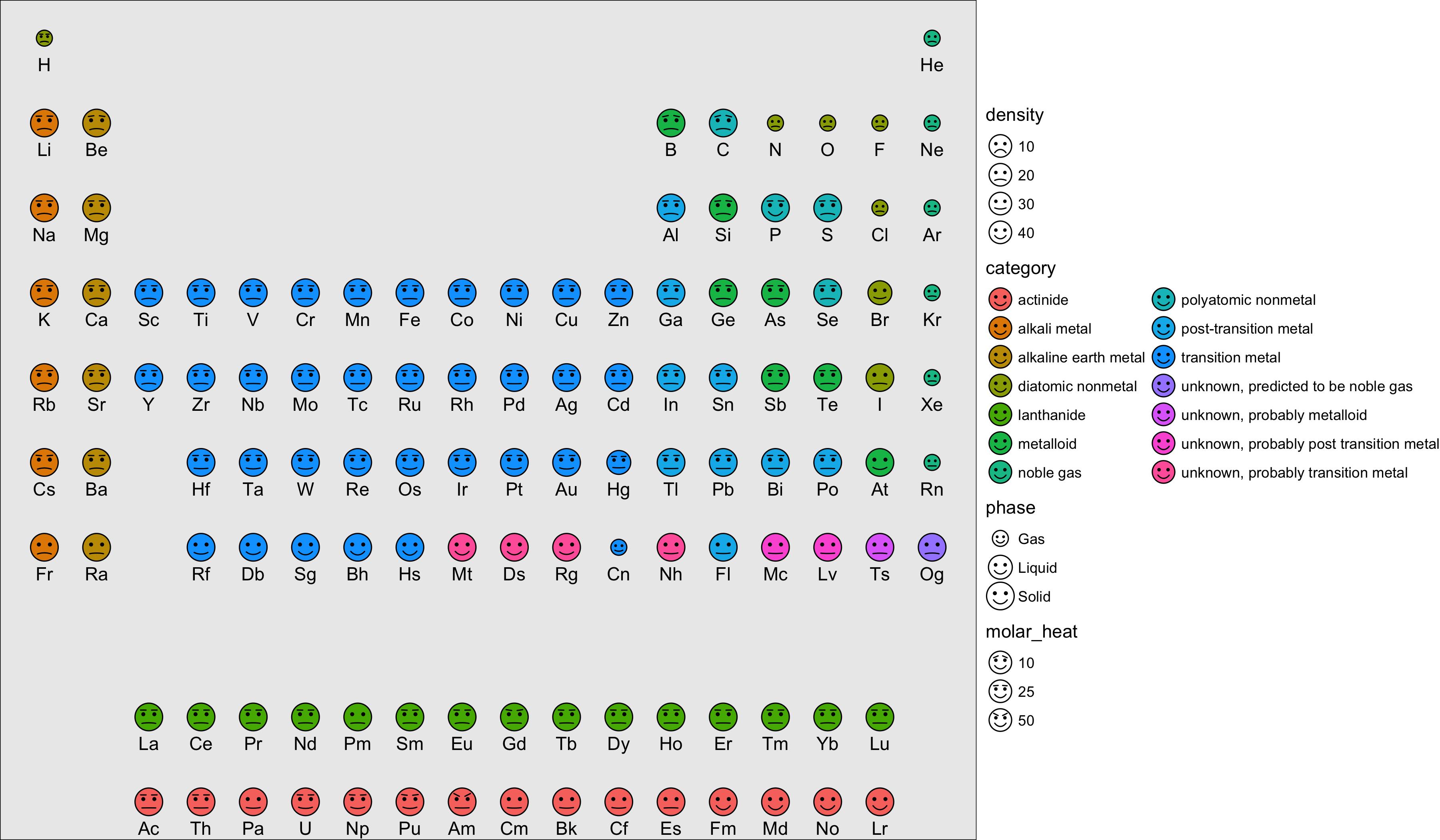 I've collected a lot data on the elements from several sources and built a small python package around it called mendeleev. The data is contained in a SQLite3 database from which you can easily extract csv files of individual tables.

Most of the data if properly referenced so you can trace back its origin.

Moreover since the interface is written in Python you can easily plot and analyze the data if needed.

Here is a Google Sheets spreadsheet with basic data: https://docs.google.com/spreadsheets/d/1vEOwbbl-l805_i2oWSVCFxfmFDstwkuRjkZQfBrTh6k/edit?usp=sharing

Hope this is useful!

Not the answer you're looking for? Browse other questions tagged periodic-table reference-request or ask your own question.

0
How does caesium’s density change with temperature?
1
A full verion of the periodic table (For computer game)

9
Did Mendeleev predict the existence of neutrinos?
2
Where can I find CAD blocks for lab glassware?
0
where can I find experimental compressibility factor values?
1
Where to find a look-up table for mechanical properties of thermoplastics?
2
Good collection of images showing periodicity of the Table?
5
Where can I find ranges of isotope abundances?
1
What are the currently most accurate sources for lists of the values for elemental properties