In the uncertainty principle , whats the significance of the inequality sign ?
Why is it not equal to over there ?
Why do we say greater than equal to instead of just equal to ?

In addition to my comment further above I might add that the Heisenberg Uncertainty Principle has nothing to do with an error in a measurement. The HUP does not state that we cannot measure something more accurately than this lower bound, but instead that it is inherently not determined to a better degree.

To illustrate, the two properties of a one-dimensional wave packet , frequency and location, are similarily interrelated.

Imagine a sharp wave packet, a peak, something like this: 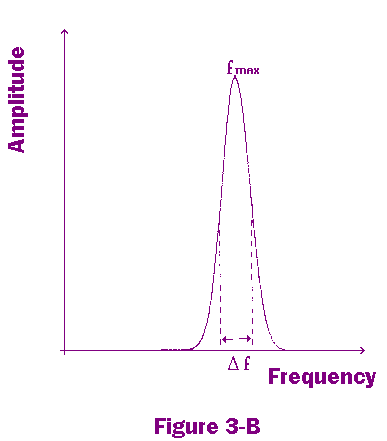 You'll have no trouble locating 'the wave packet', simply because it is fairly sharp. Conversely, for a monochromatic (and therefore technically infinitely long wave 'packet'), it is very easy to figure out what frequency or wavelength it has: 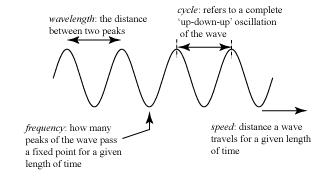 However, trying to find out where this wave is, cannot really be answered. Keeping in mind that a wave packet is essentially made up of different monochromatic waves with different frequencies and amplitudes, you'll see that the sharper a packet is, the more frequencies it contains, so it will become nearly impossible to say what frequency it has. 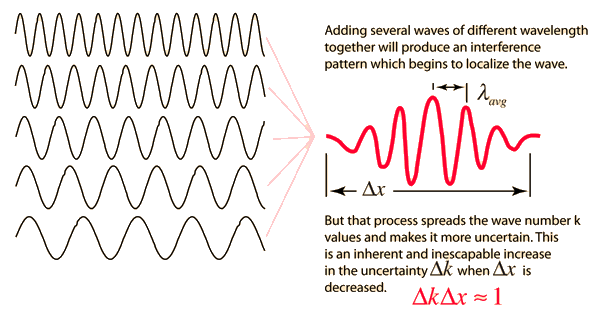 We can give a lower bound for the accuracy of both measurements: the certainty in the measurement of the frequency and of the location of such a wave packet. We cannot obviously measure both at the same time with arbitrary accuracy. Note that we may very well see exactly what such a wave packet looks like, but we can still not pin-point one single frequency and one single location that desribes such a packet. That is basically the essence of the Heisenberg Uncertainty Principle.

Using the wave number $k$ and as location $x$, we can describe this relation in the case of a wave packet as $$\Delta k \cdot \Delta x \geq 2\pi$$

The case of the wave-particle duality is analog to this purely mathematical example (the factor $2\pi$ comes from the coefficient in the Fourier transform that is used to switch between the $k$-space and the $x$-space).

As andynitrox said in the comments :

The HUP just gives a lower bound in the uncertainty of Δx and Δpx, it is of course possible to measure both quantities with a higher uncertainty than given by the HUP, but not less.

The inequality exists to show that, the uncertainty is atleast this much and in real-life cases, its much larger than this . (source)(provided by Mithoron)