I'm reading about water models and their dispersion coefficients, and going back to S. C. Wang's work according to the citation of an equation (Google books here)

As you can see one citation's to a biographical work, and the other to a German work.

Nowhere in the chapter I'm reading (chapter 5, ‘Resolution’, in Rowlinson’s 2002 Cohesion: A Scientific History of Intermolecular Forces) does it say what $C_6$ stands for, and it doesn't seem to be a series of $C_n$, so I'm a little confused.

in something else I'm reading, but it's biochemistry and so they're skipping over actually defining these things (so I can see DFT would be density functional theory but can't actually figure out what either $E_\mathrm{DS}$ is, nor the meaning of a $C_6$ coefficient. Looking for $E_\mathrm{DS}$ is just bringing up a bunch of articles' editors in search results (Eds.).

Can anyone enlighten me as to the latter - the meaning of a $C_6$ coefficient with respect to [London] dispersion forces?

My own answer to this after more reading

The oscillating electrons in a molecule generate not only instantaneous dipoles but also quadrupoles and higher multipoles. It is to be expected, therefore, that the London dispersion energy is only the first term in a series expansion for the attractive energy

The term comes originally from the wave equation (as Rowlinson's text does eventually describe), the number six arising from a Cartesian coordinate system for each of the two interaction partners 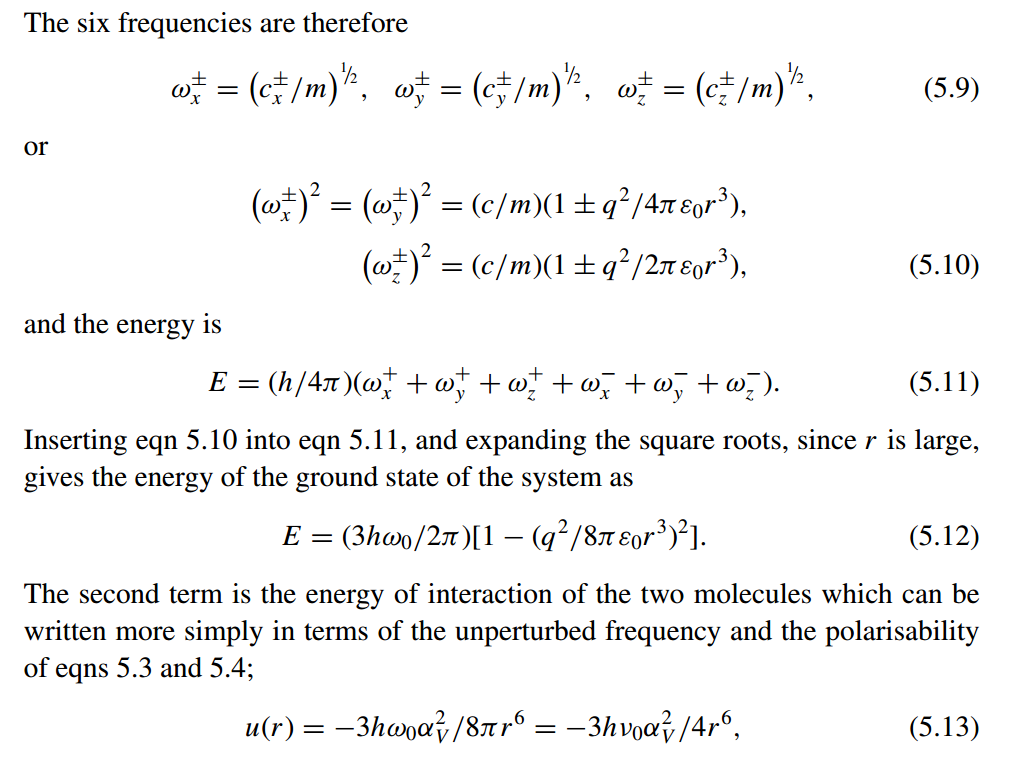 From Calculation of Coefficients in the Power Series Expansion of the Long‐Range Dispersion Force between Atoms J. Chem. Phys. 56, 2801 (1972)

Not the answer you're looking for? Browse other questions tagged physical-chemistry computational-chemistry intermolecular-forces or ask your own question.

3
What is the potential to use for non-dispersion interactions?