I've read in a book that the main factor for determining SN2 reaction rate is steric hindrance. The lesser it is, the faster the reaction.

So consider this question: 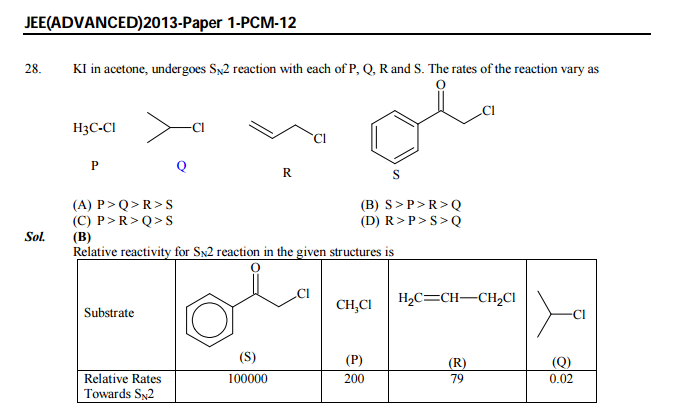 I do not understand how $\ce{S}$ is the fastest. In my opinion it should be the slowest as it is very sterically hindered. What is going on here?

There are a number of factors that can influence the rate of an $\mathrm{S_{N}2}$ reaction. Solvent, leaving group stability, attacking group nucleophilicity, steric factors and electronic factors.

Considering the allyl system in compound R, the transition state looks something like this 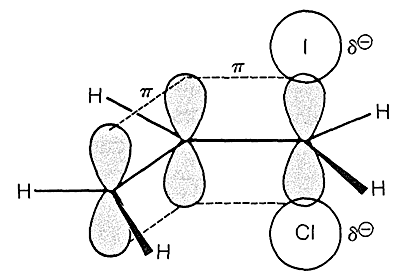 When a carbonyl is placed next to the $\mathrm{S_{N}2}$ reaction center, we replace the $\ce{C=C}$ double bond in the above drawing with a $\ce{C=O}$ double bond. Again there is overlap and resonance stabilization of the transition state. But in the carbonyl case the stabilization is even greater than with the $\ce{C=C}$ double bond because the carbonyl carbon is positively polarized and inductively stabilizes the electron rich (remember that negative charge) transition state even more.

(Note: often the allyl system will react a bit faster than the methyl analogue, but the two rates are usually close)

However, the additional inductive stabilization from the carbonyl allows it to react faster than the methyl compound so our final reactivity order becomes S>P>R>Q.

The reaction rate of SN2 depends primarily on the leaving group involved. Since in your question, $\ce{-Cl}$ is common in all 4 options we move on to the next important criteria.

The partial positive charge on carbon (or the electrophilicity of the carbon) is considered more important than the steric effect that you mentioned. Look at Wikipedia's first line.

The nucleophile attacks the more electrophilic carbon. This can be easily compared by the Inductive effect of the substituents.

This gives us the correct answer as option B.

So correct answer is B.

Not the answer you're looking for? Browse other questions tagged organic-chemistry reaction-mechanism reactivity nucleophilic-substitution or ask your own question.

8
How to determine order of nucleophilicity among commonly used nucleophiles?
4
Comparing SN2 reaction rate for phenacyl chloride and methyl chloride
9
Reaction of conjugated alkene with KNH2
39
In what way could benzoin give Tollen's test?
3
Reaction of anisole and succinic anhydride in presence of aluminium chloride
3
Comparing between SN2 and E2
7
Comparing the rates of hydrolysis of different haloalkanes
3
Comparing rates of substitution reactions
4
Regioselectivity in the opening of 3-membered heterocycles