Recently I read about Hyperconjugation. But i have a doubt. 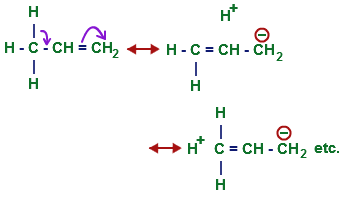 What is the need of hyperconjugation in this structure when there is charge separation resulting in lesser stable structure.

What is the need of hyper conjugation in this structure when there is charge separation resulting in lesser stable structure.

This hyperconjugation argument comes in handy. It can be used to explain

Not the answer you're looking for? Browse other questions tagged organic-chemistry bond hyperconjugation or ask your own question.

26
Why is 2-methylpropene less in energy than its alkene counterparts?
15
Inductive effect and hyperconjugation - one elephant, different parts?
11
What is hyperconjugation?
8
Why methyl group is 2,4-directing?
5
Why are double bonds at more substituted carbon more stable?