I deduced that in methyl acetate and N,N-dimethylacetamide there is a −I effect of the methoxy group, $\ce{N(CH3)2}$ and a +R effect, too so the attached keto-carbon develops a positive charge and the conjugate base becomes unstable due to the +R effect of methoxy and $\ce{N(CH3)2}$ groups.

Is my logic right?

The increased acidity of the protons on the alpha-carbon in these compounds, compared to the acidity of the protons in methane, is due to stabilization of the resultant negative charge through resonance with the adjacent carbonyl. In the top line of the following figure we show a ketone where the proton has been removed. We can draw 2 resonance structures to describe this carbanion. In structure II the negative charge has been delocalized onto the electronegative oxygen atom - a very favorable and stabilizing situation. 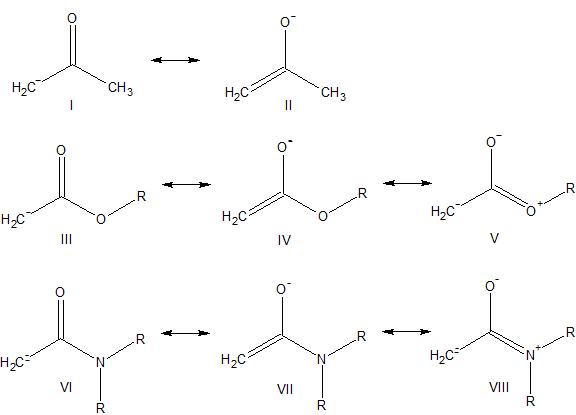 To whatever degree we remove the carbonyl's ability to resonance stabilize that adjacent charge we will decrease the acidity of the alpha-protons.

In the case of both the ester (III) and amide (VI) we can draw a third resonance structure (V and VIII respectively). To whatever extent these resonance structures contribute to the overall description of the ester and the amide, the carbonyl will be less available to stabilize the negative charge through structures IV and VII.

So as stated earlier, as the contribution of the third resonance structure increases, the contribution of the second structure (the structure that stabilizes our carbanion) will decrease making our compound less acidic. The ketone doesn't have a third structure so it will be the most acidic structure. Structure VIII is more important than structure V, so the ester will be more acidic than the amide. Therefore, the overall order of decreasing acidity is $$\ce{CH3COCH3 > CH3CO2CH3 > CH3CON(CH3)2}$$ just as you noted.

1
When there is more than one amino group in a molecule, which group is more likely to react when forming an imine?