Are 2s or 2p orbitals more stabilized when going from left to right in the period? There are good arguments for both possible answers:

1) 2p orbitals are more stabilized because they penetrate less in the space of the 1s orbital, so the increase of the effective nuclear charge affects them more. When plotting the 1st ionization energy with the increase of the atomic number, it can be seen that the ionization energy increases with the increase of the atomic number, but the slope is bigger for O-F-Ne (3.97eV) than for B-C-N (3.12eV). 3s and 3p orbitals aren't stabilized so much (because they both penetrate into the space of the inner orbitals), therefore it is much easier to get a high oxidation state of sulfur than of oxygen.

2) 2s orbitals are more stabilized because the electron spends more time closer to the nucleus, hence the orbital is more affected by the increase of the effective nuclear charge. Proof: the MO diagrams for B, C and N differ from the ones for O, F, and Ne, because s-p mixing in B, C and N happens as the 2s and 2p orbitals are similar in energy. The energy difference increases towards the right (because 2s orbital is more stabilized), so 2s and 2p can't mix efficiently in O,F and Ne. If the 2p orbital was more stabilized, then the difference between 2s and 2p would be smaller through the period.

I really need some clarification here.

2s orbitals are stabilized more than 2p orbitals by the effective nuclear charge because of better penetration.

Everything you wrote above is correct except for,

3p electrons penetrate well into the space near the nucleus (link) Therefore it should be easier for 2p elements to form higher oxidation states than 3p elements, but it's not, how? 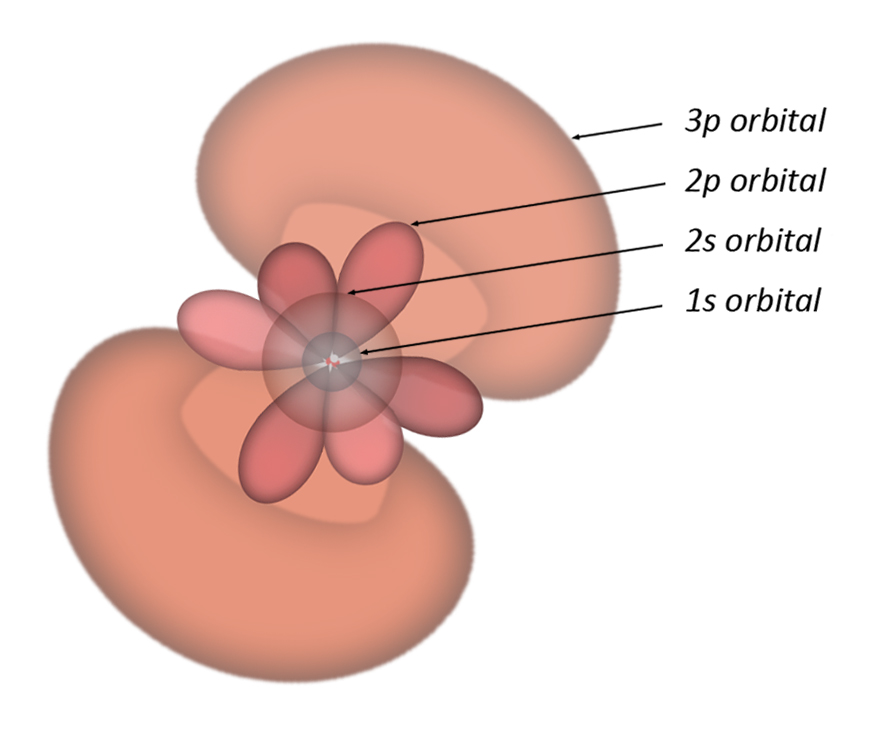 the effective nuclear charge has bigger increase for 2p than 2s (except N-O) according to this chart. How so?

Not the answer you're looking for? Browse other questions tagged orbitals periodic-trends or ask your own question.