What's the relation between the octet rule and quantum exclusion and how is it related to oxidation state?

What in the quantum nature of electrons gives rise to the octet rule? How is it related to the fact that an element cannot have an oxidation state higher/lower than the complementary to 8?

What in the quantum nature of electrons gives rise to the octet rule?

Ultimately, the octet rule is justified by the fact that in many cases an $n s^2 n p^6$ electron configuration is the most energetically favorable one. Recall that electrons are arranged in different electron shells around the nucleus. Each shell corresponds to a principal quantum number $n$ and can hold only a certain number of electrons, namely up to $2n^2$. Each shell is composed of subshells each of which corresponds to an azimuthal quantum number $l$.

Now recall also that the binding energy of the electron decreases with both $n$ and $l$, and thus, once $n s$ and $n p$ orbitals of an $n$-th shell are filled, in many cases it is indeed energetically unfavorable to fill the subsequent orbitals: $n d$ if (there are any) or $(n+1)s$. The energy gain from binding an electron to an atom might not be enough to compensate a cost of separating it from a different atom.

How is it related to the fact that an element cannot have an oxidation state higher/lower than the complementary to 8?

Suppose an atom has $x$ electrons in the outermost shell, where with the exception of transition metals $x \leq 8$. In the limiting cases the atom will either gain $8-x$ electrons to completely fill $ns$ and $np$ subshells or lose all $x$ electrons. In the first case we will end up with the atom in $-(8-x)$ oxidation state while in the second case with the atom in $+x$ oxidation state. But these are only the limiting cases, while in principle atom can gain few electrons and loose few others at the same time. Besides, atoms of the same type can evenly share electrons with each without satisfying the octet rule without gaining or loosing electrons. Thus, usually elements have few possible oxidation states, though, in the above mentioned limiting $[-(8-x), +x]$ range.

Excerpt from Wikipedia's list of oxidation states of the elements.

I'm able to give an answer only for He, Ne and Ar and the answer has to do with the magnetic dipole moment of the involved electrons, known also as the electrons intrinsic spin.

The electrons intrinsic spin is somehow abstract while the magnetic dipole moment is well imaginable as a bar magnet. And exactly this feature gives rise to the octet rule as well as to Pauli's exclusion principle.

The argumentation goes the way that exactly 2 respectively 8 (and only 2 and 8) bar magnets could be in equilibration respectively in a stable state. For two bar magnets this is not a big deal. The bar magnets will be faced north by south poles and following this picture one get for He one the shell with two electrons with opposite spin.

How the magnetic dipole moments of the 8 electrons of Ne would be distributed? The answer lays in an octahedral structure (The second picture shows the same of 8 symmetrical distributed axis or areas or volumes.): 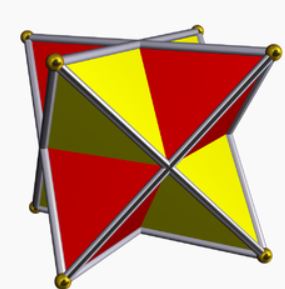 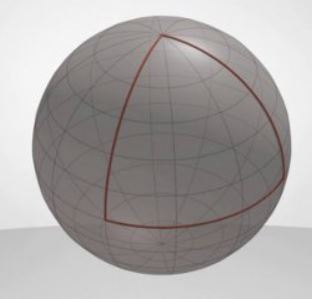 So far the magnetic dipole moment has not been considered (or only indirectly through the intrinsic spin), however it has to be.

Not the answer you're looking for? Browse other questions tagged quantum-chemistry oxidation-state or ask your own question.

2
How are octet-rule models supported by thermodynamics and quantum theory?