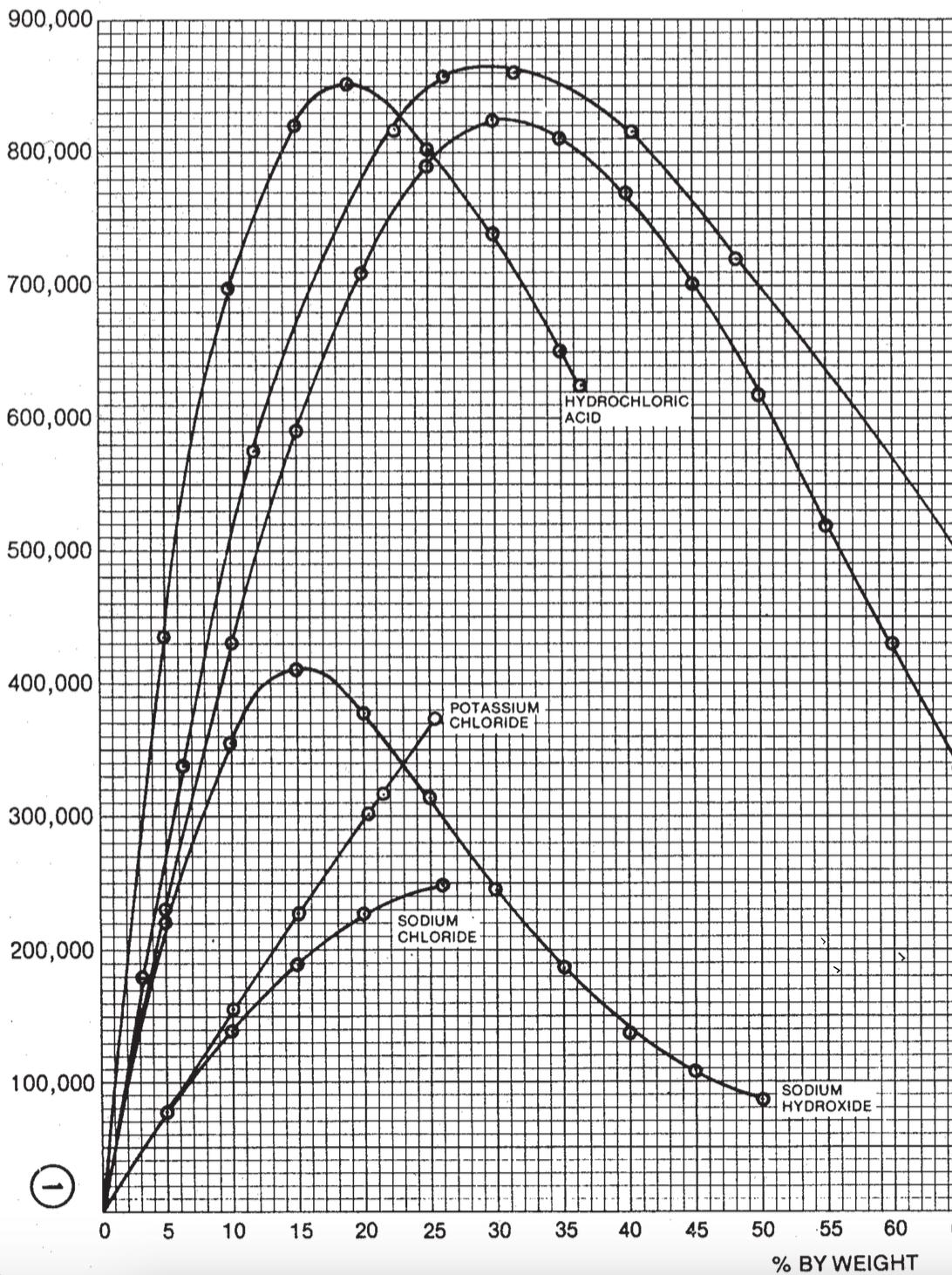 22
Is "Sulfuric acid... makes a poor electrolyte... very little of it will dissociate into ions" really true? What does that actually mean?
16
Why does the graph of the electrical conductivity of sulfuric acid/water solutions have this knee in the ~85%-~92% range?
2
Electrolysis of copper sulphate using copper electrodes: Mass lost from anode is greater than mass deposited on cathode
1
Looking for a theory predicting conductivity values of electrolytes at higher concentrations