What will be the major product on chlorination of m-nitrophenol?

The phenolic group increases electron density on ortho para (making it o-p director) while nitro groups decrease e-density on the o-p positions (making it a meta director). When both these effects act simultaneously, the question is who wins and is the density on o-p carbons less than corresponding meta ones? (as that would decide where the electrophile will attack)

Resonace structures of the groups gives the solution.
In nitro group:

There are three charged atoms bonded together in the $\ce{-NO_2}$ molecule. This is less table than the positive charge bearing oxygen atom in phenolic group's resonance structure:

Coming back to the given starting reactant: 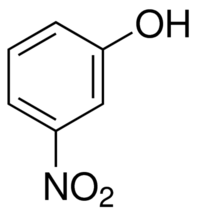 So now we consider the dominating ortho-para effect of phenolic group over the meta-directing effect of nitro groups to get 4-chloro-3-nitrophenol: 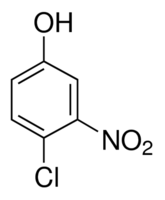 Not the answer you're looking for? Browse other questions tagged organic-chemistry reaction-mechanism nitro-compounds or ask your own question.

6
How do we know whether we will get a mono substituted or tri-substituted product during electrophilic aromatic substitution?
3
Ortho-para directing and meta directing groups: Activating or deactivating the aromatic ring?

12
What is the major product on chlorination of 2-methylbutane?
7
Synthesis of 2-methyl-4-nitrophenol from benzene?
20
Are there any examples of activating meta directors?
6
Orientation in benzene rings with more than one substituent
2
How to determine the order of acidity of the following dimethyl nitrophenols
1
activating and deactivating groups and directing effect