Which factor should I take into priority to determine reactivity of of Halides?

Can conclude what factors they are priority to. Help needed 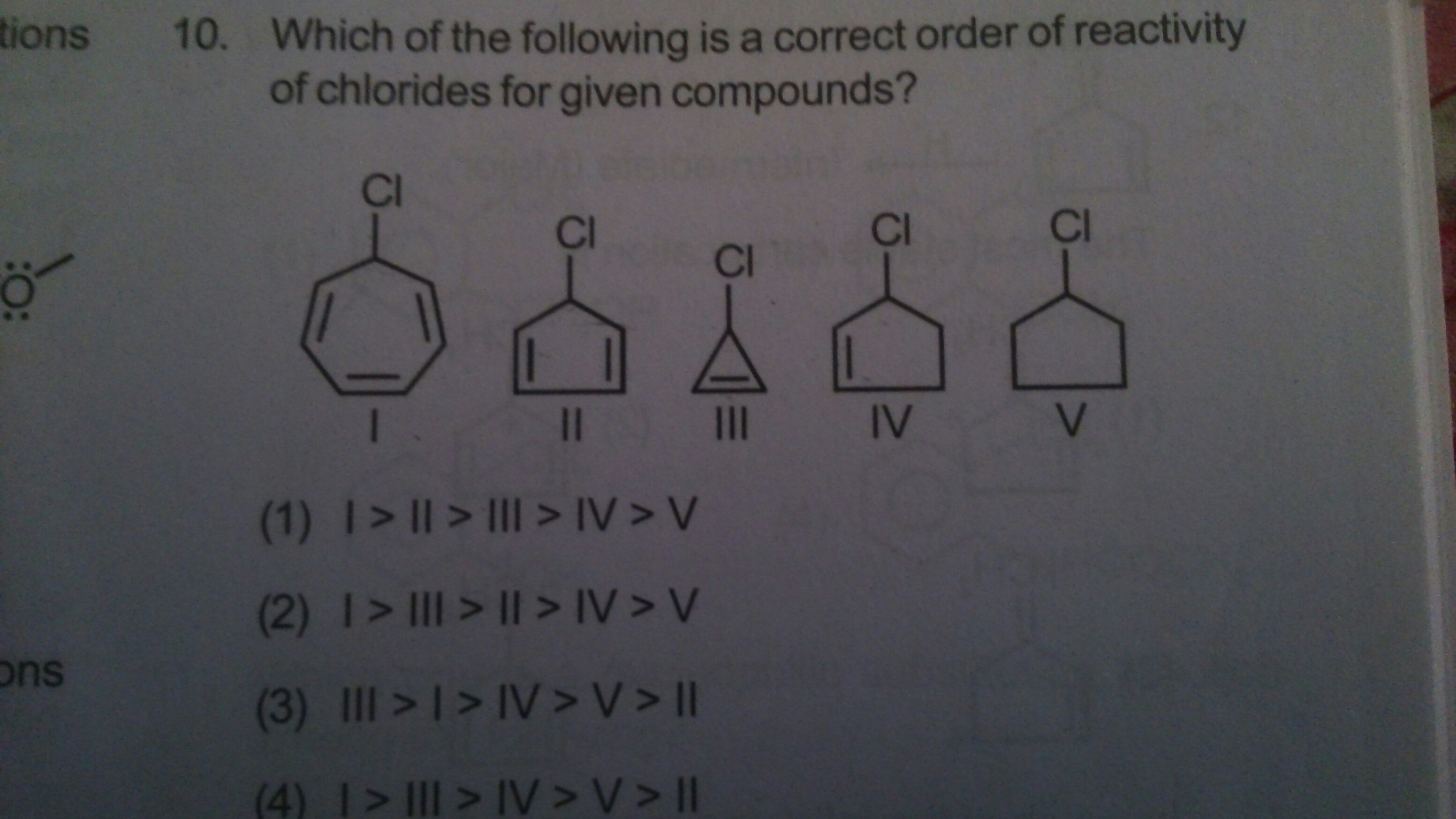 If you need to consider the stability of the carbocations obtained after chloride leaves, we can, as Klaus commented already, use Hückels rule, which more or less states that fully $\ce{sp^2}$ (i.e. usually $\ce{sp^2}$, as long as there is atleast one full p-orbital) hyberdized compounds with $4n+2$ electrons are particularly stable or aromatic. The same type of compounds that have $4n$ are particularly unstable, anti-aromatic. Of course a carbocation has an empty p-orbital, so compunds I and III will be aromatic and compound II anti-aromatic. Compound I is fully benzenoid and also less strained than compound III and will hence be more stable, so I > III. Then follows the allylic carbocation IV which is obviously more stable than its non-allylic counterpart V. And last but not least the anti-aromatic compound II.

3
How to determine the reactivity of a set of compounds that may undergo nucleophilic substitution?
1
Comparing basic strength order of amines
1
The most acidic hydrogen among ethane, ethene, ethyne and allene
2
Stability of pyridine derivatives