I'll assume we're talking about aldol reactions, ie. the electrophile is a aldehyde, or less commonly, a ketone. Being a more strongly coordinating cation, lithium can actually coordinate to both the enolate oxygen atom AND the electrophile oxygen. This serves to "pre-organise" both reactants for a direct addition via a six-membered, cyclic transition state. The favoured transition states are often chair-like. This is known as the Zimmerman-Traxler model. 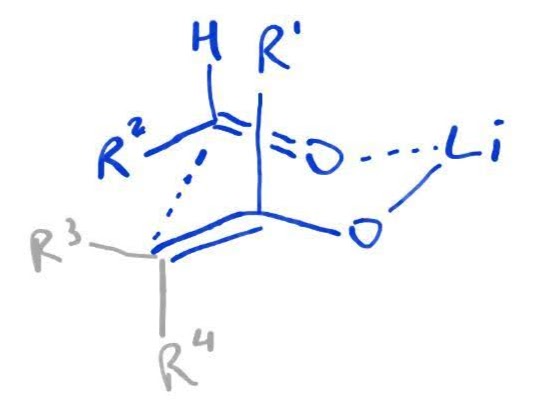 The model explains diastereselectivity when that is possible, ie. E enolates give predominantly anti products, while Z enolates give mainly syn products.

Lithium also stabilises the initial aldolate product, by chelation via both oxygens. 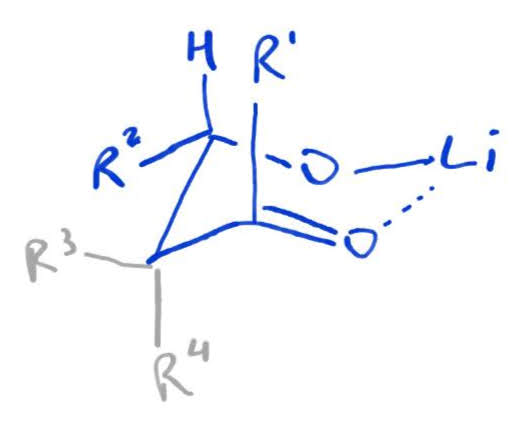 The more highly dissociated Na and K cations presumably don't greatly facilitate reaction via a cyclic transition state, nor form a stable chelate of the product. The reaction is also more likely to be reversible, and the products of conjugate addition more stable.

Sent from my Samsung Note 8

Lithium has a very high affinity for oxygen (strong bonding interaction). For the larger (i.e. ion radius) more polarized alkali metals down the periodic table, most notably sodium and potassium, the bonding is more dissociated and hence the reaction of the enolate is more reversible. Usually the conjugated addition product is the thermodynamic product, while the aldol product is the kinetic product. More reversibility will increase reaction time and possibly yield. Therefore sodium and potassium bases are preferred over lithium bases when the conjugated product is needed.

The above was more or less paraphrased from Clayden et Al. Organic Chemistry textbook (p. 752, chapter 29).

9
How to fluorinate polyethylene?
6
Why can alkali metal hydrides usually not act as nucleophiles towards carbonyl groups?
8
Do enolates get protonated at the carbon or oxygen atom?
3
Boron enolates double bond geometry
1
Are all enolised molecules called enolates?
8
Nucleophilicity of sterically hindered enolates