Color changes of a solution of acetone and sodium hydroxide

I have put acetone and sodium hydroxide solution (approximately $\pu{1M}~ \ce{NaOH}$) in a beaker and didn't see any colour change for a day (actually, it was transparent, no colour).

After almost 2 days, I saw a dark brown colour (no precipitate, just diffused colour). Now (after 25 days) its colour seems black, but when I take a small amount and dilute it with water, it is brown. What chemical compound has formed that has this colour? What reaction has taken place? (I doubt it is an aldol condensation)

Under basic condtions, acetone does condense with itself, first to form mesityl oxide, which is colorless, and then to form isophorone, which has a yellow color.

Both mesityl oxide and isophorone are still reactive carbonyl compounds likely to be attacked by deprotonated acetone carbanions. That leads to bigger and more conjugated condensation products, which leads to darker and darker colors.

I found a paper which looks in some detail at the base-catalyzed polymerization of acetone, albeit with a different base and at high-temperature conditions in the gas phase, but I suspect a similar pathway happens, more slowly, at ambient temperatures in the liquid. In the liquid, even larger molecules can likely form because they will stay solvated and can keep reacting (as opposed to in the gas phase where big molecules "crash" out of the phase as soot/gunk/etc.)

The color is likely in part from isophorone but much moreso from large polyconjugated molecules derived from isophorone containing many consecutive sp2 hybridized carbons. Such compounds are very often colored due to intense absorption of visible light. 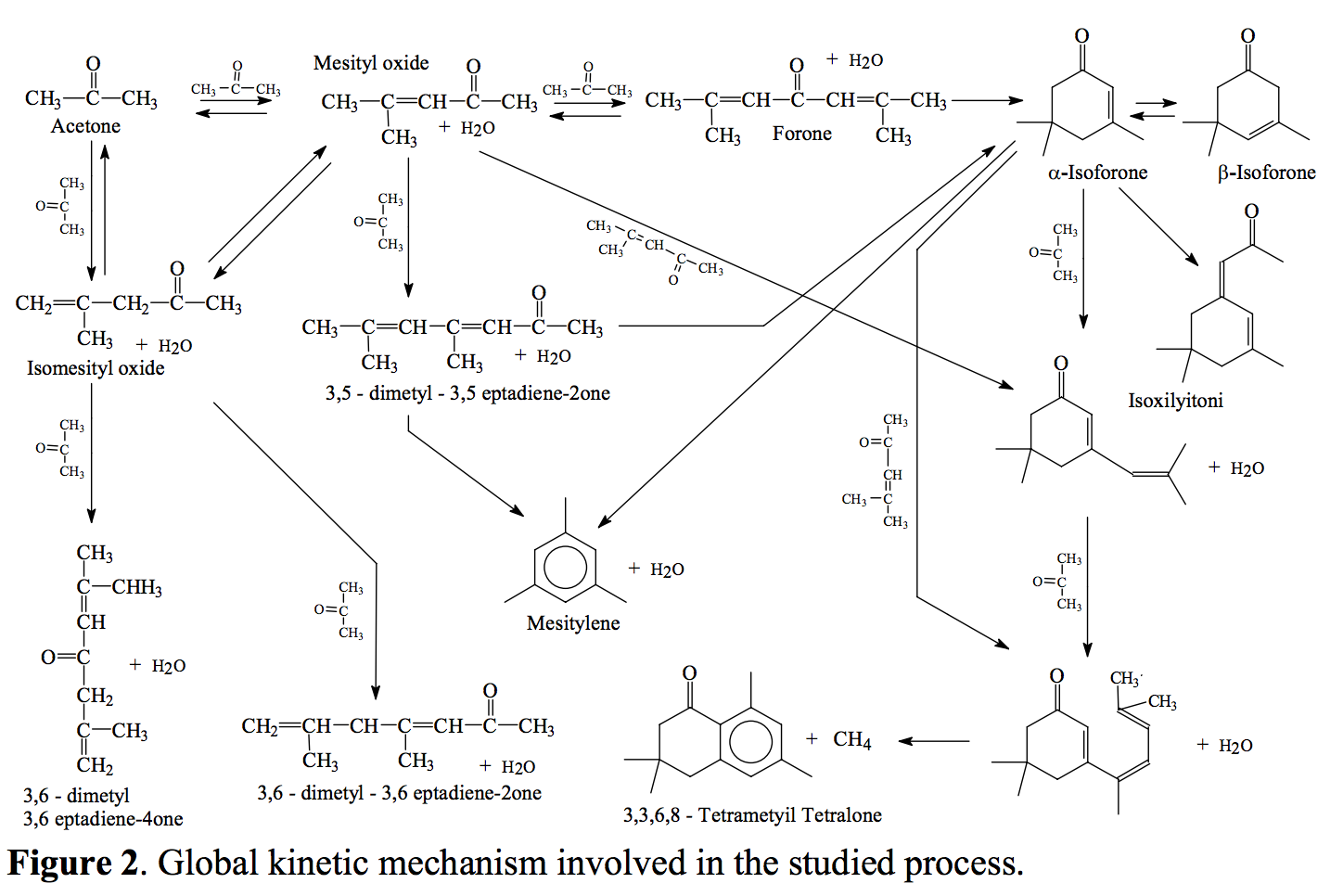 7
Has a carbon analogue of poly(dimethylsiloxane) been synthesized?

21
Iron chemistry: acetates for ebonizing wood
3
Color imparted to flame and color of coordination compounds
15
What can this chemical be? (Qualitative Analysis)
1
Can an iodine clock reaction work without using a strong acid?
4
Why did ammonium chloride fumes turned pink in this synthesis?