Please consider the following figure of a concentration over time (msec) diagram with variables for an enzyme, a substrate bound enzyme and a product. 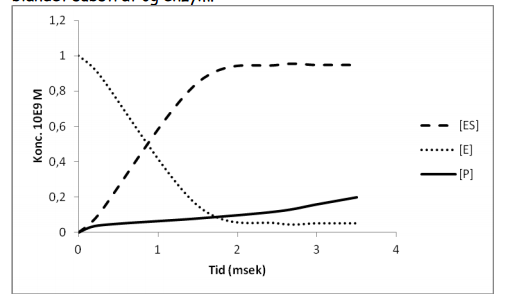 Any more details on Michaelis Menten is greatly appreciated but please note that my level of understanding is limited on the topic.