Do molecules with axial chirality have “stereogenic units”?

This question is a follow-up to a recent question on discodermolide stereochemistry that I answered here. In the course of reading IUPAC's definition of "stereogenic center", I wondered if axially chiral molecules such as BINOL have a "stereogenic unit" according to IUPAC.

The part of IUPAC's definition that may (or may not) apply to BINOL is:

A chain of four non-coplanar atoms (or rigid groups) in a stable conformation, such that an imaginary or real (restricted) rotation (with a change of sign of the torsion angle) about the central bond leads to a stereoisomer.

Here is the structure of (S)-BINOL: 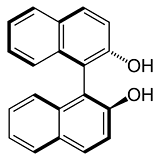 Does the four-atom chain consisting of the O-bond carbons plus the transannular C-C-bound carbons qualify? I can't quite work out what is meant by "with a change of sign of the torsion angle" and "stable conformation". If it does qualify, suppose temperature is increased to the point where spontaneous racemization happens (and suppose that any side reactions or decomposition can be ignored). Is that chain no longer a stereogenic unit?

Yes, axially chiral compounds have a stereogenic unit. Biphenyls (such as BINOL) and allenes are common types of compounds that exhibit axial chirality. As you describe, for BINOL the stereogenic unit is the set of atoms including the carbons joining the aryl groups and one carbon further from the biaryl junction. IUPAC's description is simply meant to define a torsional angle, or thought of another way, define two planes around an axis.

If it does qualify, suppose temperature is increased to the point where spontaneous racemization happens (and suppose that any side reactions or decomposition can be ignored). Is that chain no longer a stereogenic unit?

This is a great question that forces us to think about what we mean by 'stable' and under what conditions is something stable.

Let's think though about a much simpler compound with four carbons in a row that can be used to define a torsional angle: butane. The gauche conformation actually meets the definition of chiral: it's mirror image is not superimposable on itself. However we don't consider butane to have a stereogenic unit (or consider butane to be a chiral compound) because those two conformations can interconvert readily at room temperature. 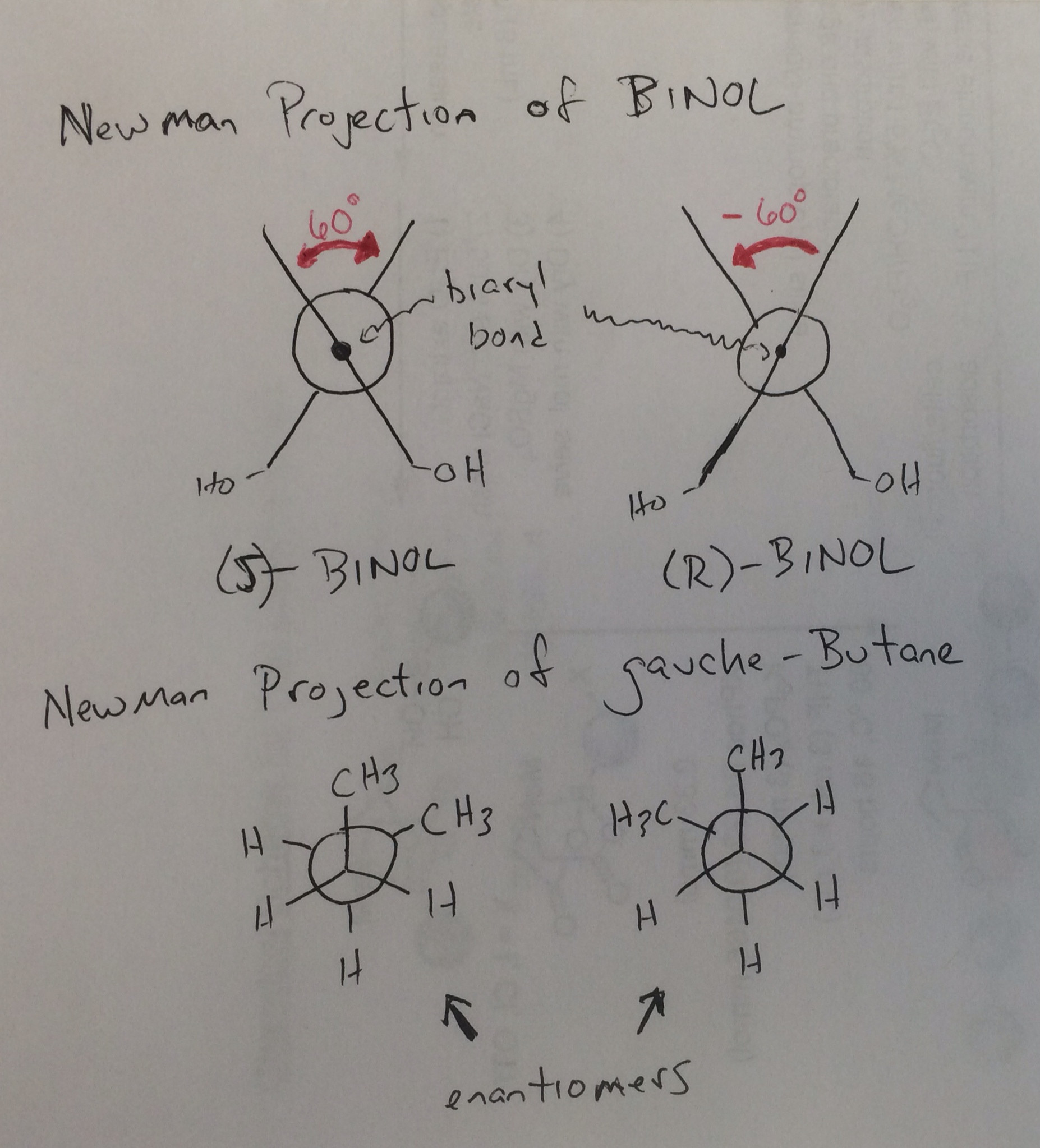 So those are two ends of the spectrum if we consider room temperature: BINOL has a stereogenic element but butane does not.

Not the answer you're looking for? Browse other questions tagged organic-chemistry nomenclature stereochemistry chirality or ask your own question.

25
Why is trans-cyclooctene chiral?
5
Determining chirality after considering conformational interconversion in a cyclohexane
4
How many stereogenic centres are there in discodermolide?
4
Are alkenes with bulky groups attached (like the one shown in the picture) chiral or achiral?
0
Stereochemistry of cycloalkanes having substituents