Why is the second reaction being neglected?

If we want to find the concentration of $\ce{H+}$ ions at equilibrium when a weak conjugate base such as $\ce{C2H3O2-}$ added to water, why do we take the conjugate base reaction for calculation i.e $$\ce{C2H3O2- + H2O \rightarrow C2H3O2H + OH-}$$ Instead of the backward reaction for the weak acid i.e $$\ce{C2H3O2- + H3O+ \rightarrow C2H3O2H + H2O}$$ In spite of the fact that the latter reaction dominates the former since the equilibrium constant of the latter lies far toward the right while that of the former lies far toward the left? 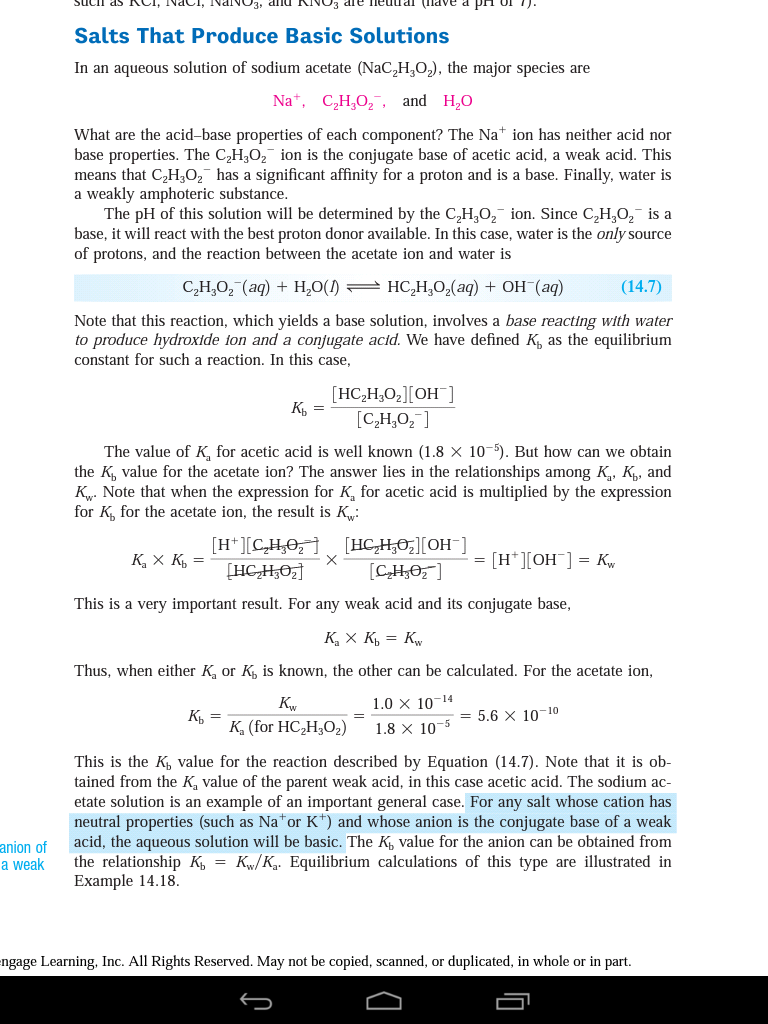 It seems to me that the latter will play a greater part in furnishing $\ce{H+}$ ions than the former does because the former produces very less amount of $\ce{OH-}$ ions to affect the ionic product of water significantly in comparison to the latter. Yet, the latter reaction is neglected while solving the given problem. Where am I going wrong?

There is an equilibrium among five species.

There are several valid equations you could write for reactions between pairs of these species.

What is important is solving for the concentration of each species.

Unsually it is assumed that water is ~55M, leaving you with 4 unknown concentrations, so you need 4 concentration equations to solve.

$K_a$ gives you one equation.

$K_w$ is a second equation.

So both of the chemical equations in the question can happen, but neither is sufficient to describe the actual equilbrium among the five species.

It doesn't matter which reaction you take. The short answer as to why is that adding the reaction $\ce{2H2O <-> H3O+ +OH-}$ to the latter reaction gives you the former.

Not the answer you're looking for? Browse other questions tagged homework acid-base equilibrium ions or ask your own question.

2
Water as a strong Base
2
What's happening at the beginning of a weak acid titration?
1
What is the reason for strong acids/bases dissociating in water?
2
Buffer Systems and Ion Reaction
2
Why is the hydrolysis of the conjugate base of a weak acid neglected in buffer solutions?
1
How to calculate the equilibrium constant of acetic acid-hydroxide ion equilibrium?
1
Why must a buffer solution contain both a weak acid and a salt solution of its conjugate base?
1
Do amphoteric cations exist?