I have trouble understanding this particular law.

Greater the valency of the flocculating ion, greater will be its coagulation power.

Why does this happen? What is the intuition behind this?

Coagulation is a process which involves coming together of colloidal particles so as to change into large sized particles which ultimately settle as a precipitate or float on the surface.

Coagulation is generally brought about by the addition of electrolytes. When an electrolyte is added to a colloidal solution, the particles of the sol take up the ions which are oppositely charged and thus get neutralized. The neutral particles then start accumulating to form particles of a larger size which settle down.

The quantity of the electrolyte which is required to coagulate a definite amount of a colloidal solution depends upon the valency of the ion having a charge opposite to that of the colloidal particles. This observation of Hardy and Schulze are known as Hardy Schulze law.

It can be defined as: Greater is the valency of the oppositely charged ion of the electrolyte being added, the faster is the coagulation.

In order to explain the Schuze-Hardy rule, you have to take into account that you are working with a colloidal dispersions stabilized electrostatically. 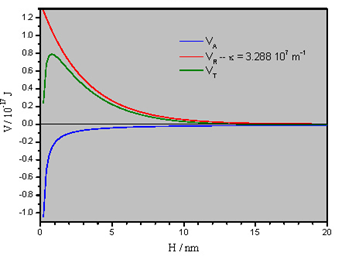 A simple model to describe the repulsive potential is provided by the Gouy-Chapman model. For an spherical particle this potential has the form

Thus, an increase in the ionic strength is results in a smaller Debye length, more compacted double layer and a smaller barrier to aggregation. Notice that for the same concentrations of ions, the ionic strength increases with the square of the ion charge. The Schulze-Hardy rule is an empirical realization of these property.

I enclosed some images that illustrate some predictions for spherical gold nanoparticles. Unfortunately, I lost the reference where I found them and I am not able to find it again. 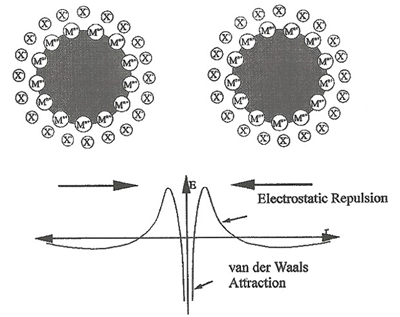 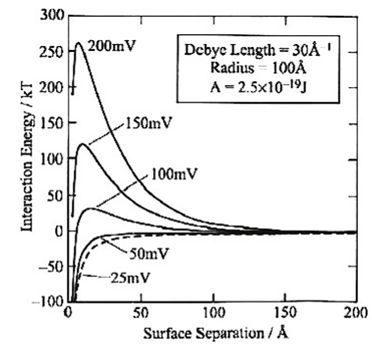