What is the dipole moment direction of an aliphatic amine, i.e., R-NH2?

More generally, how can one determine both the direction and quantity of the charge transfer dipole moment given two common organic groups? Or what is the order of electron donating property of common groups?

I really do not see an easy and straight forward way of determining the dipole moment's direction and quantity. It is very much dependent on how the molecule is currently shaped, i.e. rotations of the alkyl chain and also the electron cloud. Of course you could go ahead and calculate the dipole moment from tabulated values of certain bonds (for example), but this can be really tedious and it might now be always right.

You can probably find tabulated values for most common compounds online. Try http://cccbdb.nist.gov/ or maybe just google will do. If you are lucky enough to have access, the handbook of chemistry and physics has a large number of values. There is an online verison, but you can often find it in libraries, too.

For the meantime, I will try to illustrate something. In the series $\ce{R-NH2}$ the simplest one is $\ce{R~=~H}$, ammonia. Here the dipole moment is straight forward isn't it? I believe it is a little more complicated than that. Unfortunately you cannot just take the charges of the atoms in the molecule, since they are not point charges. Have a look at the total electron density, you will notice, that the isosurface is more extended on top of the Nitrogen, which is expectable, since it is the area where the lone pair is supposed to be. This also coincides with the highest occupied molecular orbital (HOMO). In this special case, the dipole moment is almost a direct correlation of that. (If you would add up all dipole moments of all occupied molecular orbitals, you will also obtain the total dipole moment.)
Below you see an isosurface of the total electron density in blue on the left, the isosurface of the homo in the middle and natural charges with the resulting dipole moment on the right. The values are taken from a DF-BP86/def2-TZVPP calculation with Gaussian09.

What we can learn from this is, that the lone pair has a huge effect on the dipole moment.

Let's go a bit further and look at $\ce{R~=~CH3}$, methyl amine. It can be expected, that the dipole moment is somewhat smaller than in ammonia, due to the methyl group. What you can also observe, that it is dependent on how the methyl group is rotated. Of course in room temperature, the group is freely rotatable and it will result in a mean (pulsating) value for the dipole moment. However, what you can observe here is, that the direction of the dipole moment is aligned with the direction of the lone pair. As you go further down the series this generally will hold, However, the magnitude will be decreasing since your "quite unpolar" moiety is becoming bigger. 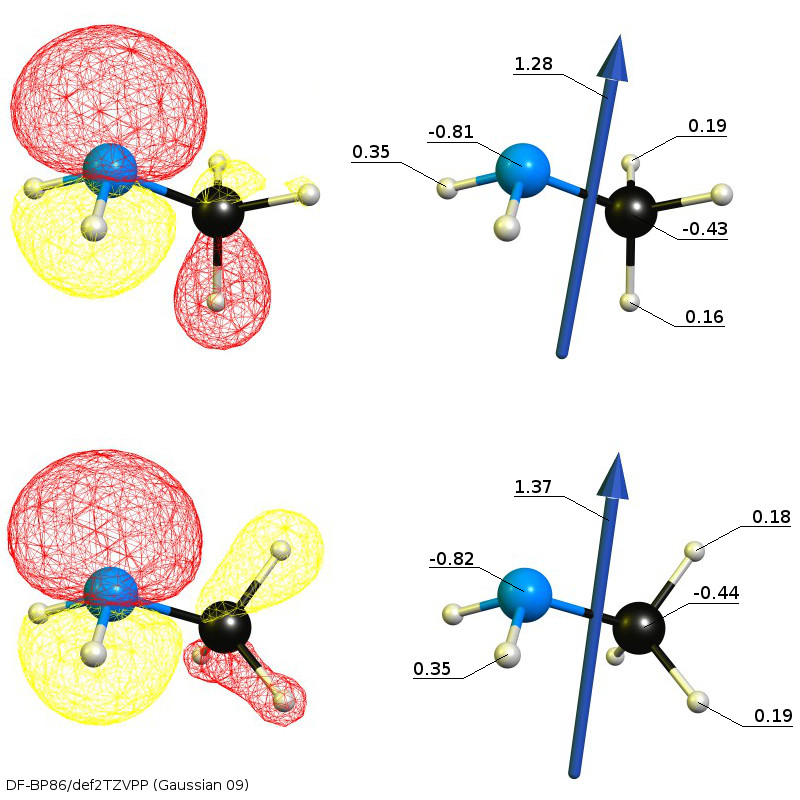 For ethyl amine, $\ce{R~=~C2H5}$, the trend holds. But to not extend this answer too much, I only pick one representative amongst all possible conformations. 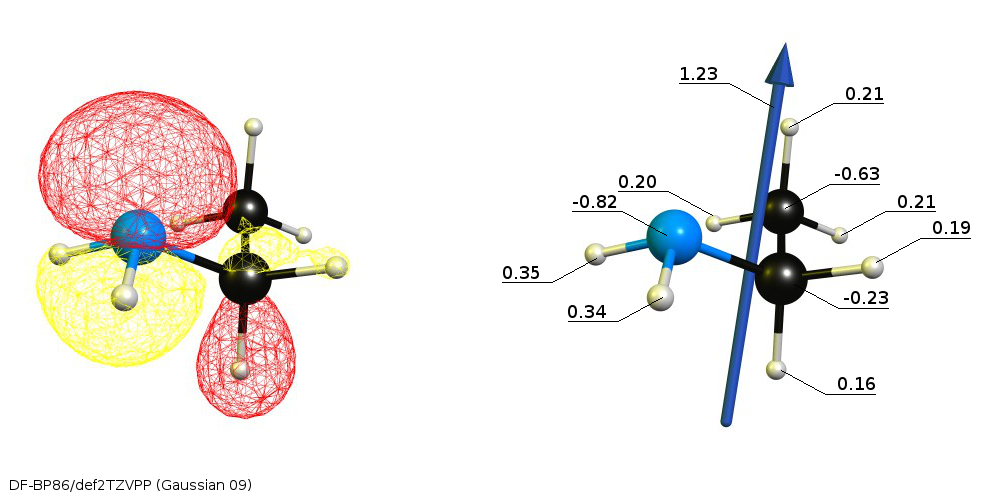 And for propyl amine, $\ce{R~=~(CH2)2CH3}$, we can observe it analogously, with decreasing magnitude of the dipole moment.

As the last example I have chosen heptanyl amine, $\ce{R~=~(CH2)6CH3}$, to example the trend. I removed some of the charges to not overcrowd the image. If you have a close look at the HOMO, you will notice, that it only significantly extends to the first carbon. The situation for any aliphatic amine can be expected to be very similar. 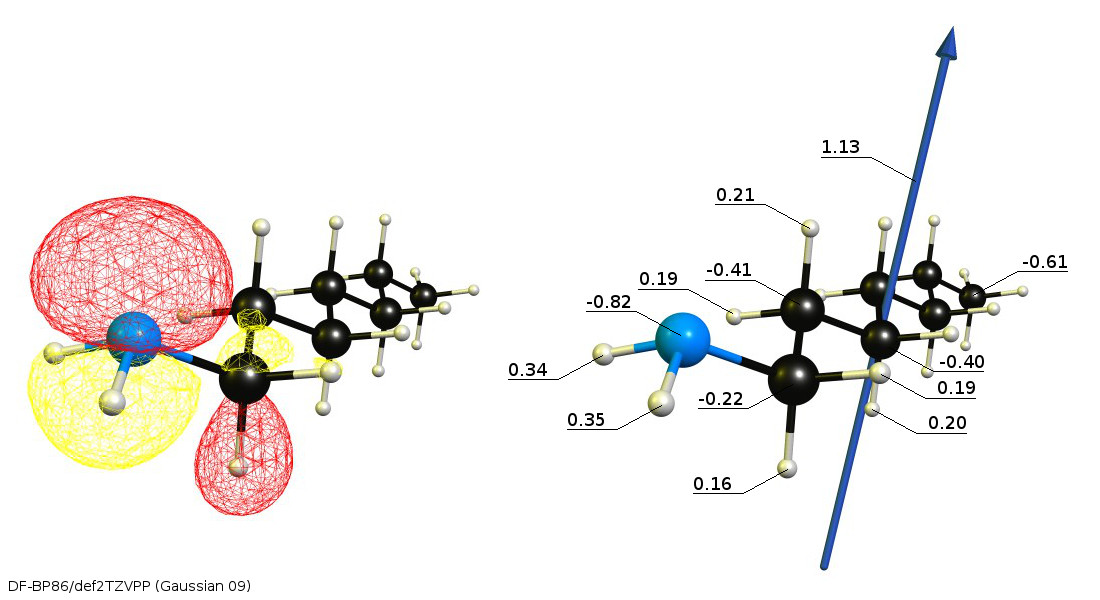 (I have no idea, why the vector for the dipole got bigger and bigger, while the magnitude was decreasing.)

TL;DR:
The dipole moment in aliphatic amines is about 1 Debye and the direction is through the nitrogen directed to the lone pair.

Since the nitrogen atom is more electronegative than the carbon atom it is bonded to, at least in the case of a simple aliphatic amine, I would venture to say the direction of the dipole will be with a slight negative charge toward nitrogen. The amine nitrogen has nonbonding electrons on it, but the adjacent carbon is saturated and cannot accept the lone pair electrons on the nitrogen, and thus nitrogen in this example will not have a partial positive charge. However, if R is aromatic, the situation will be different.

Not the answer you're looking for? Browse other questions tagged dipole amines or ask your own question.