How does hyperconjugation lead to the directing properties of alkyl group?

I have explained how hyperconjugation leads to the directing properties of alkyl groups below.

How did one bond between Hydrogen and Carbon move to $\ce{C-C}$ along with one electron from hydrogen? 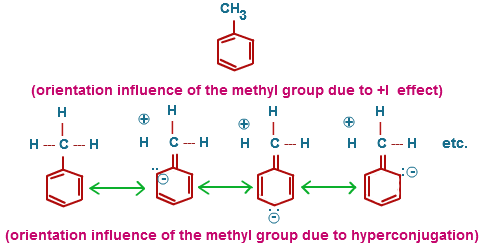 Now we see the electron from hydrogen jumping from ortho to para position to methyl substituent. How does this jump actually happen?

How does the double bond between the carbon at ortho and meta position send electron to para position? The explanation given above is what I think. Is it right? In my book the following was written:

Hyperconjugation involves delocalization of $\sigma$-electron through the overlap of $\pi$ orbital of double bond with $\sigma$ orbital of the adjacent single bond.

Please explain the above extract from book using the above example of hyperconjugation of toluene.

The electrons do not jump between different atoms but are instead delocalized over all of the atoms with a slightly higher chance of being found at the ortho and para positions in the case of toluene and a slightly lower chance of being found at on the methyl carbon. This gives rise to the increased electron density of the ortho and para positions and therefore the increased negative charge and similarly the decreased electron density on the methyl carbon and the positive charge.

The electrons don't "jump" from one position to another:

Not the answer you're looking for? Browse other questions tagged organic-chemistry aromatic-compounds hyperconjugation or ask your own question.

8
Why methyl group is 2,4-directing?
4
On the directing nature of these groups in electrophilic aromatic substitution