Friedel-Crafts synthesis - How is HCl produced?

In the mechanism for the acetylation of bromobenzene, how is $\ce{HCl}$ gas produced?

The reactants are acetic anhydride, bromobenzene, $\ce{AlCl3}$ and dichloromethane.

Initially, 4-bromoacetophenone is made, accompanied with (as far as I know) acetic acid and the regeneration of $\ce{AlCl3}$.

I'm trying to think of ways that $\ce{HCl}$ gas is produced prior to that, however. Could a chlorine of the aluminate ion deprotonate the arenium ion?

You could perform the electrophilic aromatic substitution with acetyl chloride as well instead of acetic anhydride - in the first case it is evident where $\ce{HCl}$ comes from. However, the mechanism is similar if you use acetic anhydride. The first step consists in the electrophile activation by $\ce{AlCl3}$, which generates in situ the "acylium" ion ($\ce{H3C-C#O+}$) - the actual acylating agent. The second step is the electrophilic aromatic substitution, in which the electrophile is preferentially "attacked" by the aromatic ring at the ortho- or para-position (ortho- and para-orienting effect of halides). The driving force for the reaction is the last step, which leads to restore the aromaticity and it is assisted by $\ce{(AcO)(Al)Cl2}$ with liberation of $\ce{HCl}$.

Here I have drawn the mechanism: 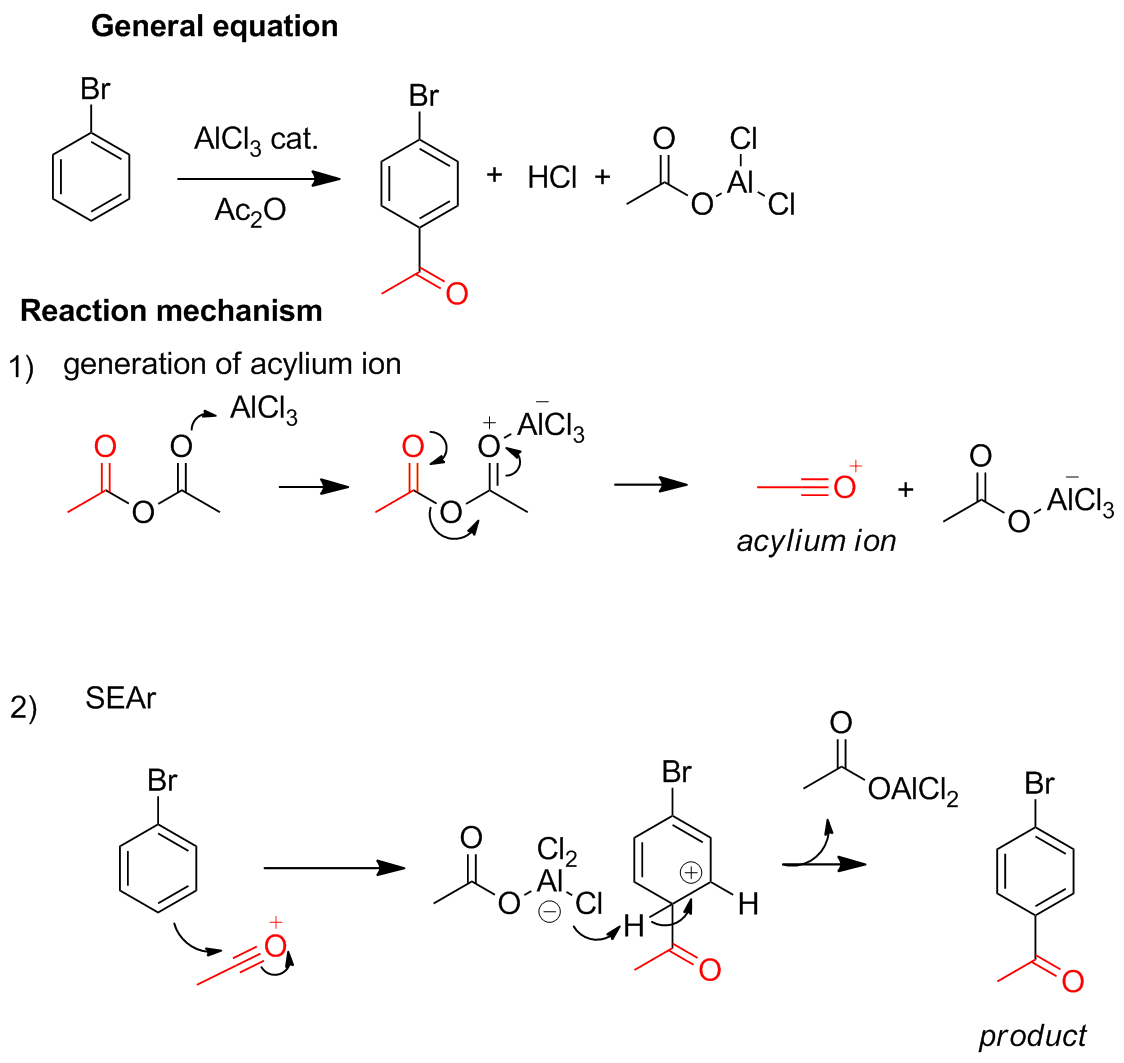 Not the answer you're looking for? Browse other questions tagged organic-chemistry aromatic-compounds synthesis electrophilic-substitution or ask your own question.