In the AMC series Breaking Bad , Walter (aka Heisenberg) smuggles in a bag of mercury fulminate under the guise of crystal methamphetamine and threatens to blow the room up if he doesn't get his money.

Mercury fulminate $\ce{[Hg(CNO)2]}$ can have a white, gray or greenish-brown color depending upon purity and dryness (it is often kept moistened to prevent accidental decomposition).

I've never seen a picture where it appears translucent or where it has a bluish color. The pictures I've seen always show it as an opaque powder. I suspect that it could be crystallized, but that's probably never done as it would further increase its sensitivity to detonation (e.g. if a crystal cracked, or rubbed against another crystal, the friction, triboelectrification, etc. could cause the material to explode). Here are some pictures. 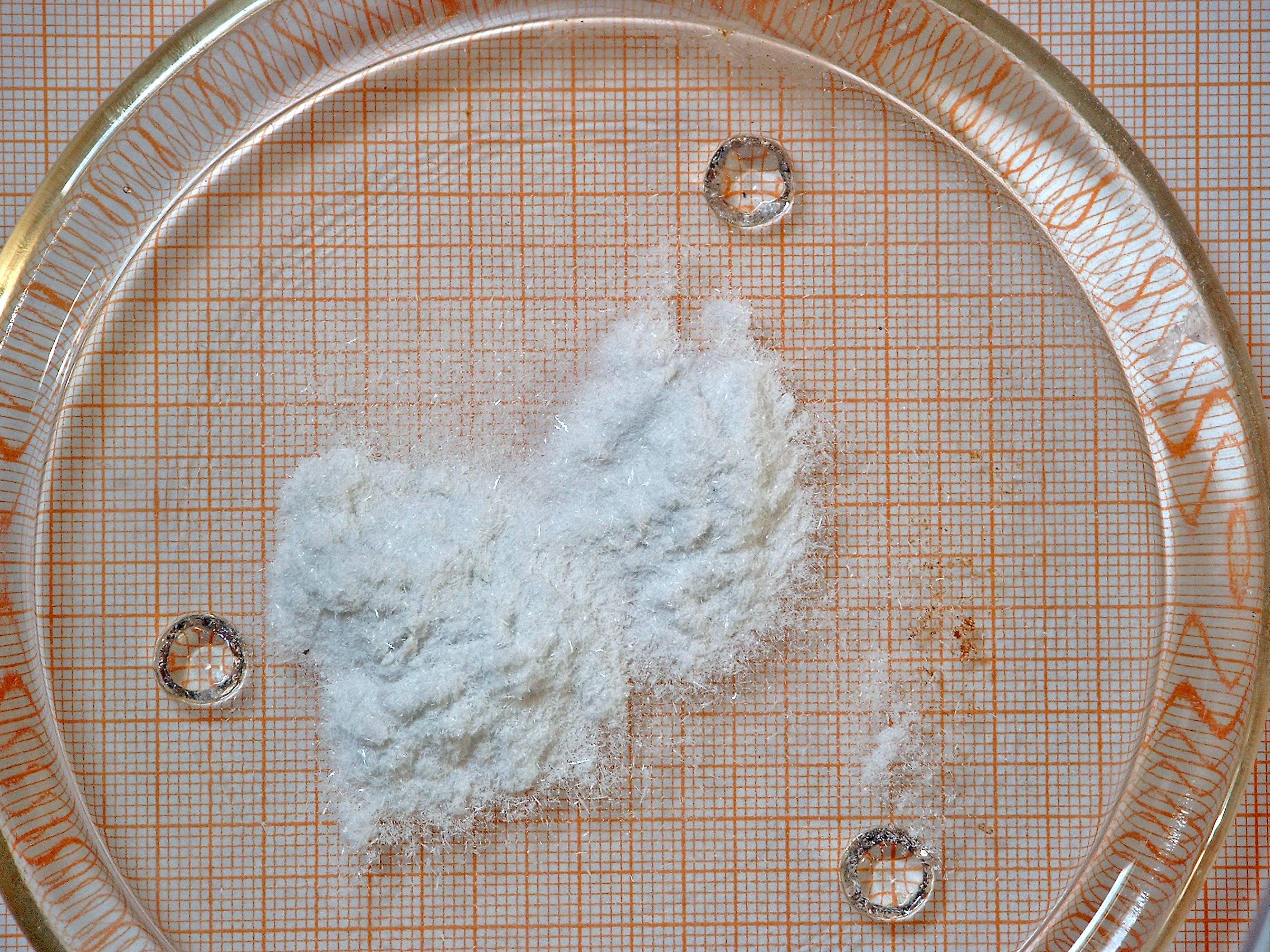 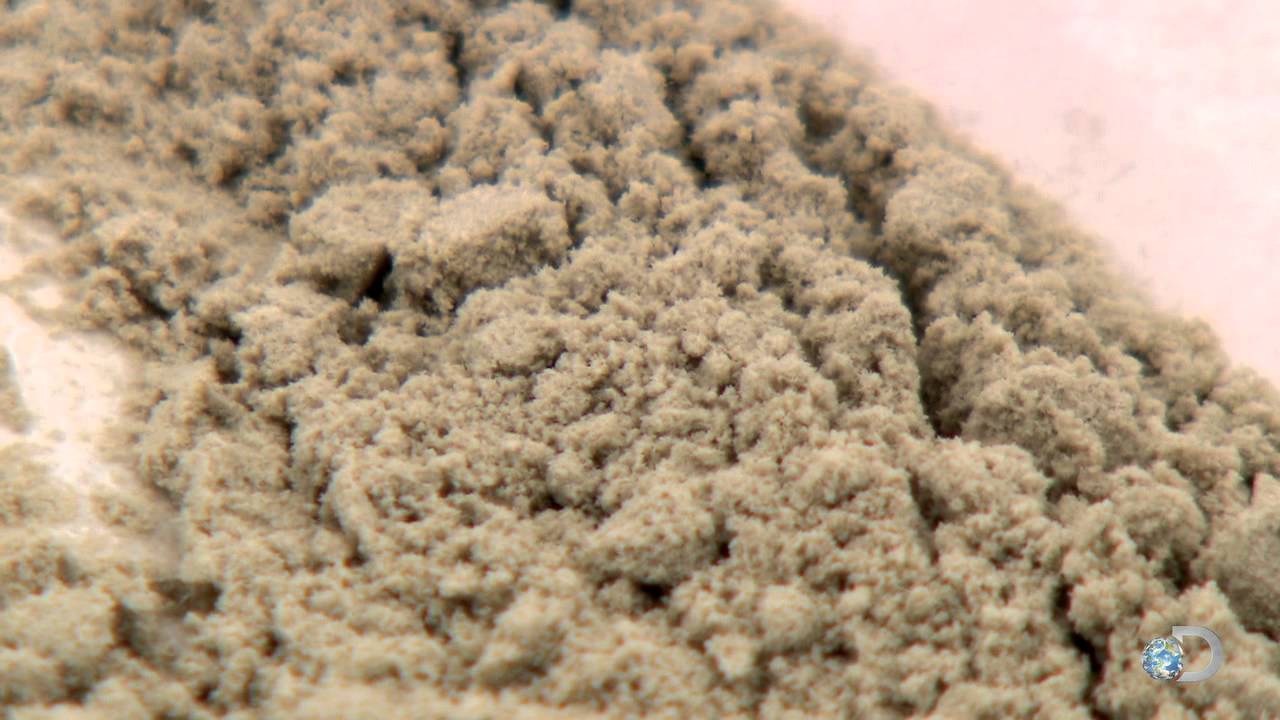 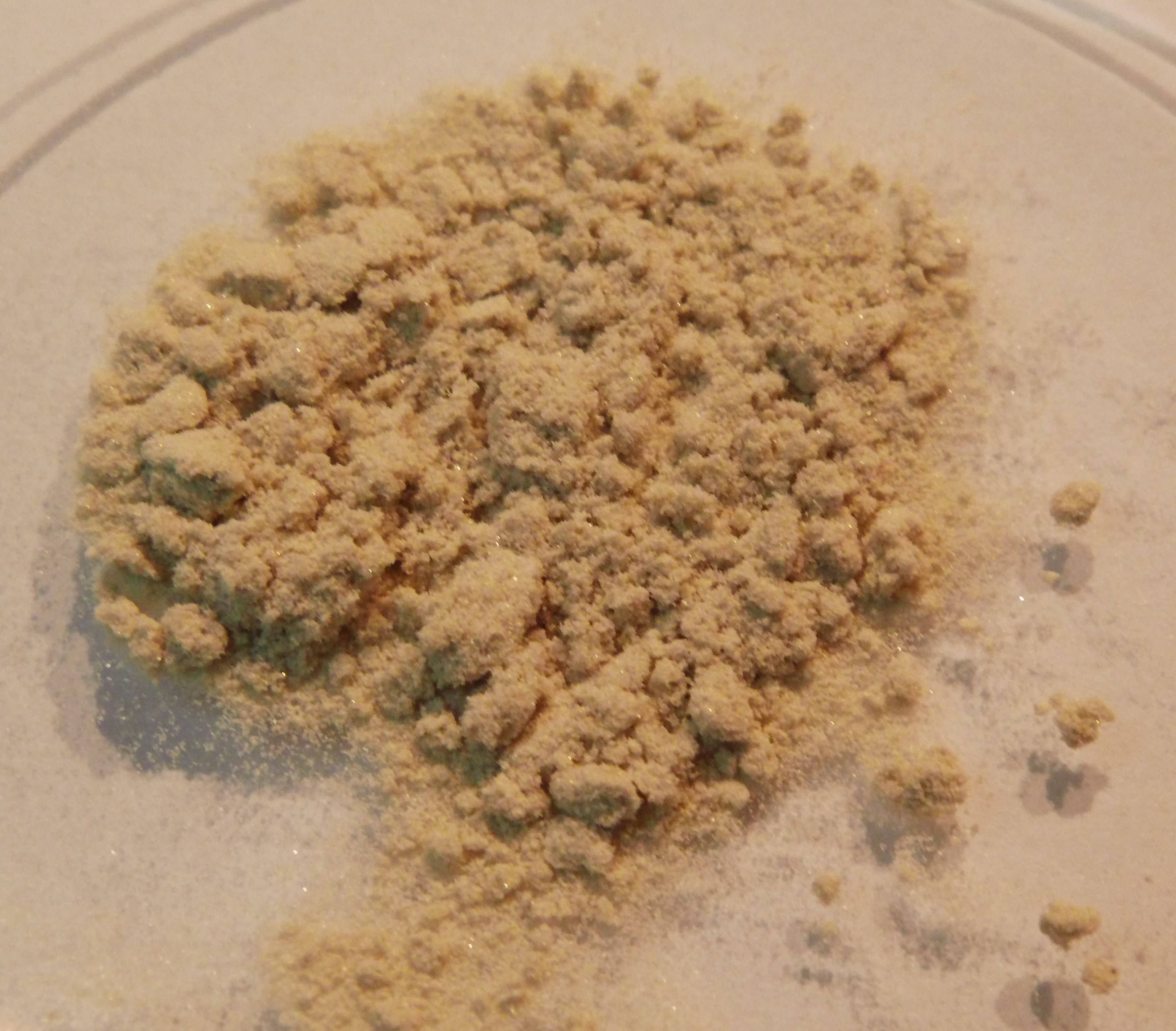 Here is a link to an examination of the Breaking Bad "detonation by throwing" experiment (with video). The conclusion is that it can detonate when thrown, but 1) a larger amount of material than what Walt had, and 2) a much harder throw (greater force, greater shock) would have been required to cause detonation.

6
What does the Sm5Ge4 orthorhombic structure look like?
69
How does Walter White make pure crystal meth using a non-stereospecific reaction?
2
Does Dean Kamen's Slingshot really filter virtually everything?
1
What would an ammonium sulfide fire look like?
9
What do the six polymorphs of chocolate look like?
3
Comparing explosive properties of mercury(II) cyanate and mercury(II) fulminate
6
What would oxygen or nitrogen snow look like?