Why does a container in which a match burning cause suction?

As you see in picture a burning match in a container causes suction and this is a Traditional Therapeutic method to relive bone pain. 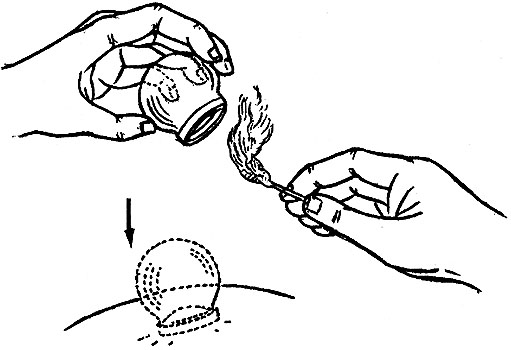 What is the reason? I think it should be related to gas changes($\ce{O2}$ being used for combustion and etc.), but I am not sure about it.

Not the answer you're looking for? Browse other questions tagged homework everyday-chemistry gas-laws or ask your own question.

19
What is a rigorous definition of gas volume, and how is the Van der Waals equation derived?
4
Homemade reactor for water cooling
3
Are there any tricks I can use to pull SO2F2 out of the air?
17
Fireplace window: Can one influence how fast soot is building up?
1
Can covalently bonded hydrocarbons be influenced by a magnetic field?
3
Work Done Upon Molecules
62
Why does shaking a match put the fire out?
6
I (might) have accidentally combined these mold-killers at home: Any adverse reactions?