Each goes through a carbocation intermediate which is enormously reactive so what would promote attack towards a proton (E1) rather than towards the carbocation for substitution. Besides an increase in temperature I can't think of much.

The most important factor is the nucleophilicity versus basicity of the attacking species.

Taking the trimethylcarbenium cation as a classic example: 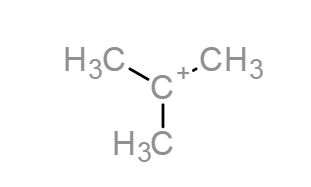 Sterically hindered bases such as lithium diisopropyl amide (LDA) will favour elimination because it is physically much easier for them to remove a small proton from the outside of the cation than to reach the carbon atom at the centre surrounded by three methyl groups and form a new bond there. On the other hand, small species such as cyanide and water will favour substitution because because it is physically easier for them to reach the central carbon.

Additionally the strength of the base influences which reaction takes place. LDA is a strong base and the methyl hydrogens are quite acidic means that the elimination reaction is much more likely. However, weak bases such as iodide and water will favour substitution because they are less basic and so they are less likely to abstract an acidic proton from one of the methyl groups.

It should also be noted that the nature of the solvent has a strong effect both on the stability of the cation but also on the nucleophilicity of the attacking species. This page has some discussion on the effects of solvents on nucleophilicity and the website also has good discussions of elimination and substitution mechanisms.

Not the answer you're looking for? Browse other questions tagged organic-chemistry reaction-mechanism carbocation or ask your own question.